Pawan Kalyan's Katamarayudu Is Trending For These Reasons 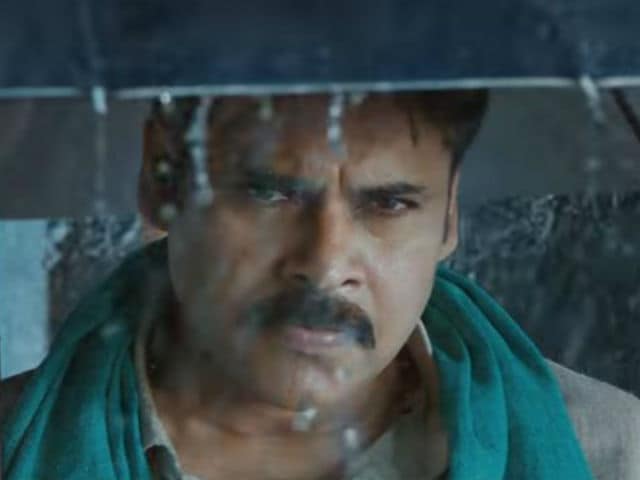 Pawan Kalyan in a still from Katamarayudu

New Delhi: Telugu star Pawan Kalyan and his new film Katamarayudu is currently one of the most-discussed topics on the Internet. The teaser of Katamarayudu , which released on February 4, broke the 'most viewed teaser' record previously held by his actor brother Chiranjeevi's film Khaidi No 150. The Internet soon started comparing the two brothers' marketing styles saying Pawan Kalyan is following Chiranjeevi's manner of promotion. Fans have started trending the hashtag #mostviewedteaserkatamarayudu on Twitter. Thereafter, fans and followers have speculated that Katamarayudu will not have a formal launch event of its music, just as Chiranjeevi's Khaidi No 150, which released last month, didn't.

Not just this, Pawan Kalyan was also trending on social media for advancing the release date of Katamarayudu to coincide with the festival of Ugadi in March. Khaidi No 150 cashed in on the festival weekend of Pongal last weekend and was a massive hit.

Promoted
Listen to the latest songs, only on JioSaavn.com
The teaser of Katamarayudu has now become the fastest to record five million views on YouTube in just 24 hours. The film is in the last leg of filming with lead actors Pawan Kalyan and Shruti Haasan shooting for a couple of songs. The pair are reuniting on-screen five years after they co-starred in 2012's Gabbar Singh, the Telugu remake of the Salman Khan blockbuster Dabangg.

Katamarayudu, which is a remake of actor Ajith's Tamil hit Veeram, will have a grand release on the auspicious day of Ugadi, March 29. Directed by Kishore Kumar Pardasani, the film also stars Siva Balaji, Ajay, Kamal Kamaraju and Chaitanya Krishna in important roles.