Pahlaj Nihalani Defends Himself Over SPECTRE Cuts, Says he Went by Rules 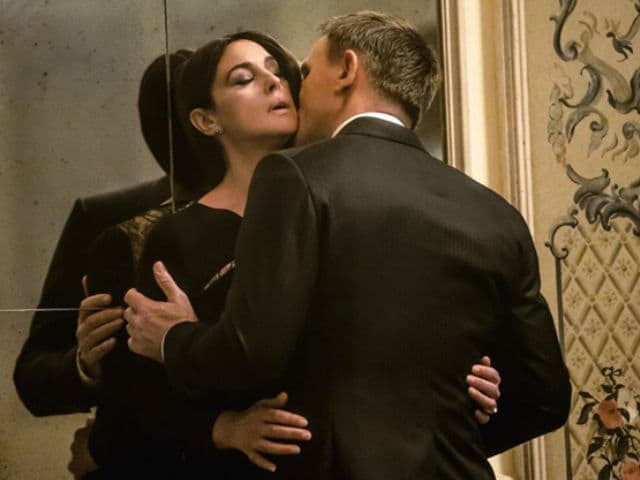 A still from SPECTRE

Chandigarh: Central Board of Film Certification (CBFC) chairman Pahlaj Nihalani, who was criticised for cutting short kissing scenes between actor Daniel Craig and his leading ladies in the 24th James Bond film SPECTRE, hit out at his critics, saying the changes in the film were as per rules.

Many film personalities criticised Mr Nihalani for his approach in certifying films but he said that he failed to understand why there was so much hue and cry now as Bond movies have undergone even lengthier cuts in the past.

"Point out something I have not done within rules, then I have no problem in stepping down. The cuts were made in the past, but there was no controversy then. Now various things are being said," Mr Nihalani told PTI. (Also Read: James Bondji, Having Trouble Being Sanskari? Twitter Has Top Tips)

He said that the producers of SPECTRE have, in fact, written a letter to CBFC, saying that it was perhaps for the first time that the film was cleared for release with minimum cuts.

The new Bond film SPECTRE, in which Daniel Craig plays Agent 007, was given a U/A certificate. "In this film, we have not broken its continuity with these cuts. What has been done is according to present rules, we are going by the rules," he said.

Mr Nihalani said that ever since he took over as Censor Board's chief, 2173 films have been cleared out of which 2125 were cleared in the first step itself and none of these had to move to the next step for clearance, which is the Revising Committee.

"Only 2-3 of the remaining 48 movies went to the Tribunal (Film Certification Appellate Tribunal), where they were also refused," he said, adding at present no movie is pending for certification as all have been cleared, which indicates that no unnecessary hurdles are being created.

Mr Nihalani said that those criticising the board's decision seem unware about how the present system of certification/classification of the films works.

"If they feel anything wrong has been done, then let them raise their voice and force the government and the Parliament to change the present guidelines, under which the board works. We can only give suggestions," he said.

Mr Nihalani said that in May this year, he had made some suggestions to the government to change the present system of film certification under which films are rated.

"These suggestions made by me, in my personal capacity, were keeping in view the fact the emergence of internet and social media, which have become integral to our daily lives in present times. I have suggested that films should be rated on the basis of age groups. Like for instance, up to 12 years we can have one rating, between 12-15 years another and similarly for a film which has 15 plus sign, parents will know that they can watch it with their 15-year-old child, but not with one who is under 12 years of age," he said.