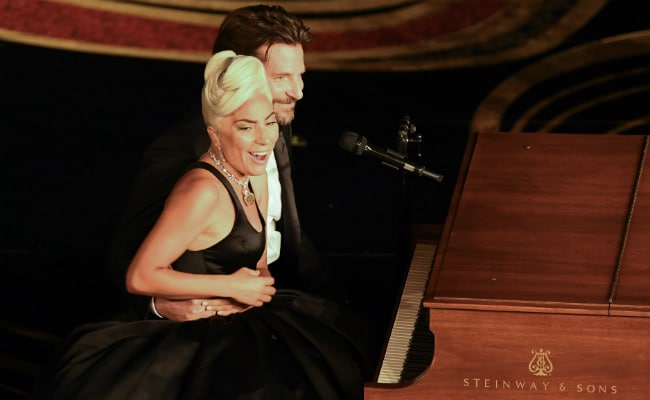 Bradley Cooper with Lady Gaga from the Oscars 2019 (courtesy AFP)

At the 91st academy Awards, Lady Gaga wept tears of joy as she collected her first ever Oscar after Shallow won the Best Original Song. Ahead of that, we were weeping when Lady Gaga's high-pitched voice filled up every corner in the Dolby Theatre with Bradley Cooper singing along... "In the shallow, shallow...." Feels, major feels. The Internet too cannot stop discussing how sparks flew between the A Star Is Born co-stars as they delivered their much awaited performance of the song Shallow. Imagine if those not attending the Oscars got this excited about seeing Lady Gaga and Bradley Cooper on stage together, how the star-studded audience in the Dolby Theatre would have reacted! 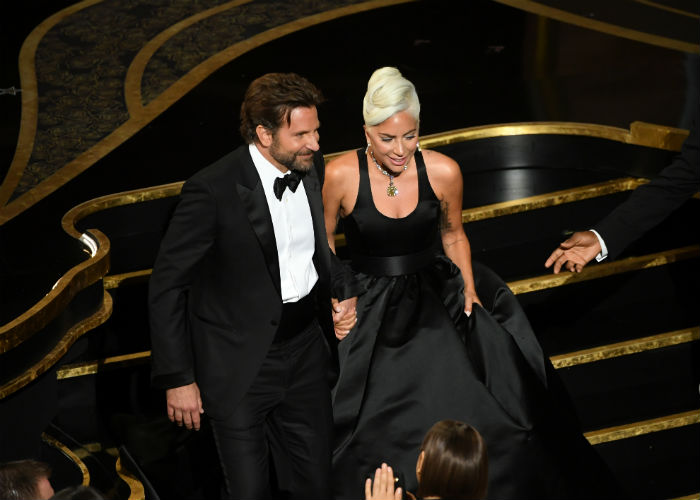 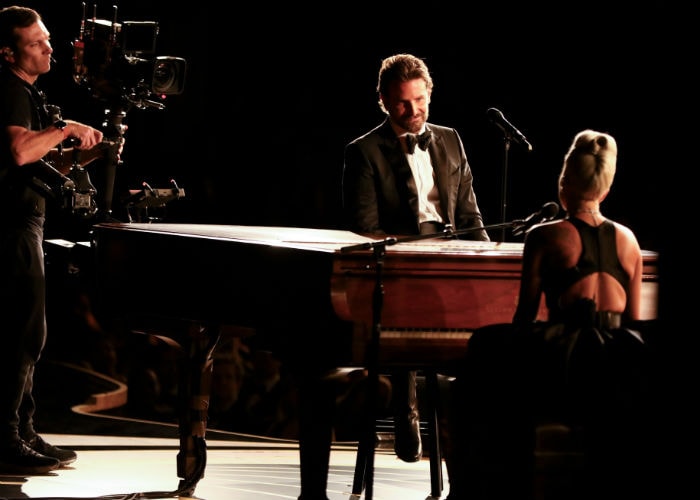 So, the audience cheered for Bradley Cooper and Lady Gaga with two standing ovations - first, after they finished their performance and the second one, after they walked back on stage during the commercial break. The Hollywood Reporter's Chris Gardner shared videos of the Oscar audience rising up from their seats not once but twice. Bradley Cooper's girlfriend -supermodel Irina Shayk - who sat between the actor and the pop queen in the stands, was the first one to stand up from her seat. Lady Gaga was also spotted hugging Irina Shayk once she returned from the back-stage. 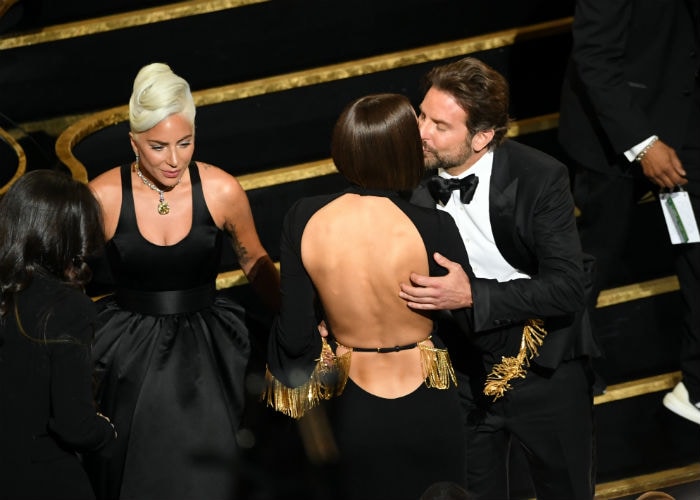 Here's what standing ovation looked like inside Dolby for @ladygaga and Bradley Cooper after their "Shallow" #Oscars performance. Irina Shayk was first up out of her seat. Before Bradley walked up to perform, Jennifer Lopez patted him on back to encourage him. Super sweet pic.twitter.com/eF69IOYToY

Something major just happened. After "Shallow" perf, @ladygaga & Bradley Cooper exited stage for commercial break. During break, they came back to their seats from stage then audience gave them another standing o. I've never seen that happen for any performers. Cue embrace#Oscars pic.twitter.com/k9wNh66tn1

We're not crying. You are crying.

VIDEO: Lady Gaga & Bradley Cooper just proved why they are winning everything with #Shallow#Oscarspic.twitter.com/HMC18fvo5L

ok but the chemistry between lady gaga and bradley cooper #Oscarspic.twitter.com/AqROXM3lI9

Bradley cooper and Lady Gaga acting like they're the only people in the room for 3 minutes straight #oscarspic.twitter.com/3nTDXs62B0

Definitely get yourself somebody that looks at you like Lady Gaga looks at Bradley Cooper. #oscarspic.twitter.com/7TnrHug8WV

Lady Gaga and Bradley Cooper about an inch away from a whirlwind love affair on live TV. #Oscarspic.twitter.com/FGFPfM63Uo

lady gaga and bradley cooper singing shallow together at the oscars was everything and more. pic.twitter.com/phAN2tHGRO

Bradley Cooper & Lady Gaga @TheAcademy#Oscars2019
Shallow are the souls that have forgotten how to shudder. #Oscarspic.twitter.com/AvhL1bLGY4

In his directorial debut A Star Is Born, Bradley Cooper shares the screen with Lady Gaga, who plays a talented but introverted singer Ally. Jackson, played by Bradley, is a popular country music star, who is her mentor and love interest. A Star Is Born, which held the second-highest number of nominations at the recently concluded Oscars, scored just one win with A Star Is Born's Best Original Song Oscar.