Oscars 2018: Five Things To Watch During The Academy Awards This Year

All eyes will be on the battle for Oscars supremacy between The Shape of Water and Three Billboards Outside Ebbing, Missouri 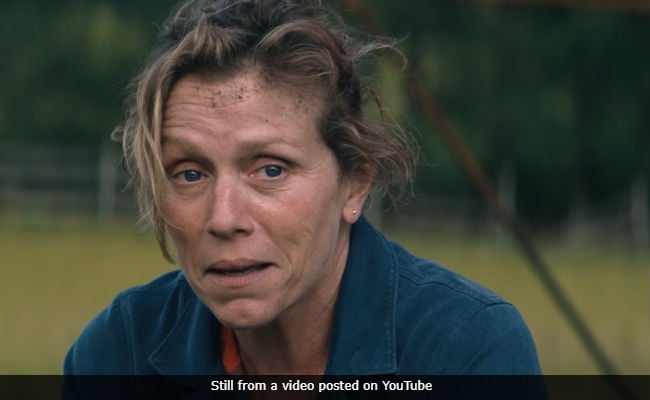 California: All eyes will be on the battle for Oscars supremacy between The Shape of Water and Three Billboards Outside Ebbing, Missouri on Sunday (Monday morning in India). But if there's one thing previous ceremonies have demonstrated, it's that it's a good idea never to expect the expected on Hollywood's biggest night.

Here are five things to watch for:

It may have been the most embarrassing flub in Oscars history, but don't expect host Jimmy Kimmel to shy away from mining "Envelopegate" for comedy gold at the Academy's expense.

Accountants for PricewaterhouseCoopers, the firm responsible for tabulating Oscar ballots, had handed Warren Beatty and Faye Dunaway the wrong envelope.

Oscar watchers expect the mistake, which made for a chaotic end to the film industry's biggest night, to be fodder for both Kimmel's opening monologue and jokes from the presenters.

The Shape of Water, Guillermo del Toro's much-admired Cold War-era fairy tale love story, goes into the Oscars with the most nominations - 13 - compared to just seven for its main rival, Three Billboards Outside Ebbing, Missouri.

But Martin McDonagh's Three Billboards, an early favorite in the prestigious best picture race, has weathered a backlash against its treatment of race issues to launch a late assault on the statuette.

It has regained its status as the narrow frontrunner at odds of 13/10 against 2/1 for The Shape of Water, according to awards prediction website Gold Derby.

Every Oscars ceremony serves up some shocks, however, so don't count out Get Out, the third favorite ahead of outsiders Lady Bird and Dunkirk.

#MeToo and Time's Up

The #MeToo and Time's Up movements - against sexual misconduct and gender inequality, respectively - have featured prominently in the awards season, inspiring many powerful speeches and turning the red carpet into a sea of symbolic black dresses at the Golden Globes and the BAFTAs.

While there is no official repeat planned, some actresses have indicated they will again wear black in support of #MeToo on Sunday.

Ryan Seacrest, an Academy Awards mainstay interviewing the rich and famous on the red carpet for E! News, is facing his own backlash following allegations of repeated sexual harassment from a former stylist.

The channel is standing by Seacrest, host of ABC's American Idol and Live With Kelly and Ryan, and says he'll be on the red carpet as usual.

Don't be alarmed if you hear glass ceilings shattering at this year's Oscars, with numerous breakthroughs to cheer among the nominees.

He is also only the fifth black person ever nominated for best director - after John Singleton, Lee Daniels, Steve McQueen and Barry Jenkins - and could be the first to win.

Greta Gerwig (Lady Bird) is the fifth woman in history nominated for best director" and the first to land the nod for a directorial debut.

Other firsts include a superhero film nominated for best adapted screenplay (Loganand the first person over the age of 87 to be nominated for an acting award - Christopher Plummer in All the Money in the World.

Comedian and late-night host Jimmy Kimmel will preside over the Oscars for the second consecutive time, with critics tuning in to see how he navigates the tricky balancing act of being funny without making light of the #MeToo victims.

Keeping the more than three-hour show -- usually the most-watched non-sports telecast each year in the United States -- upbeat in a year overshadowed by allegations of sexual assault will also be a tough challenge.

The Jimmy Kimmel Live! host was presenting last year when Beatty and Dunaway wrongly gave best picture to La La Land instead of rightful winner Moonlight after being handed the wrong envelope.

"We were like, we have 10 seconds to say goodbye, we don't know how long the speech is going to be, and it affects your rating in a very negative way if you go on past midnight," Kimmel recalled in an interview with news portal AZ Central.

Promoted
Listen to the latest songs, only on JioSaavn.com
"And then all of a sudden it was like, 'Forget midnight. This might go on into Good Morning America."