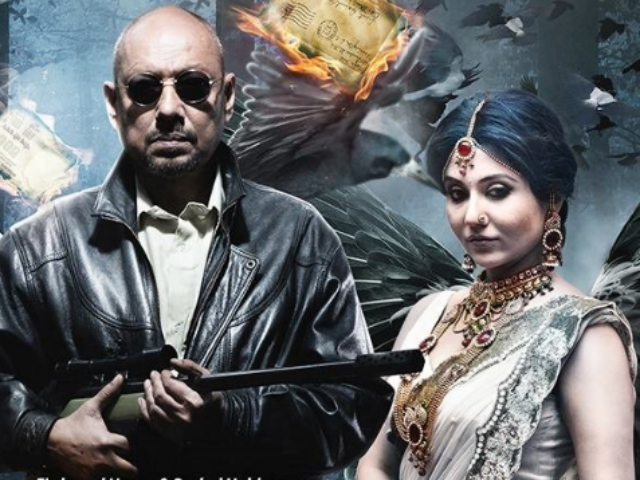 A poster of Shaheb Bibi Golaam

New Delhi: Filmmaker Pratim D Gupta, whose first credit in a feature film was part of the collaborative project X: Past Is Present last year is ready for release with his solo feature Shaheb Bibi Golaam.

The Bengali film, with music by Piku composer Anupam Roy, is about three characters - an assassin, a prostitute and a drug dealer. It hits theatres today, and stars Anjan Dutt, Detective Byomkesh Bakshy's Swastika Mukherjee and Ritwik Chakraborty. The film has already hit the mark with a few noted names and they can't help but commend the film on Twitter.

T 2360 - #SBGinTheatres .. had seen the trailer and so impressed coming from Bengali cinema .. now in theatres .. !! pic.twitter.com/P8Qgqf1lpl

Actress Patralekhaa, who caught the screening on Thursday night was all praises:

Congratulations @PratimDGupta throughly enjoyed #SahebBibiGolaam.Go watch it on the 26th of August

So was actor Anshuman Jha:

#SahebBibiGolaam is brilliant.Catch it this weekend.@PratimDGupta@DrishyamFilms Thank You for bringing this #Bengali gem to Mumbai.

Congratulations on the release of #ShahebBibiGolaam@PratimDGupta Onward and upward!

Best of luck @PratimDGupta for your film !! May you shine always

As did Kahaani actor Parambrata Chatterjee:

Popular actor and Member of Parliament Dev also wished the filmmaker on the release:

@PratimDGupta bhai all the best...getting all the positive news.
Cheers

So did Bengali actor Prosenjit Chatterjee:

@parnomittra@PratimDGupta@VikramChatterje@anjandutt@swastika24#Ritwick@FriendsCommKol All my best wishes for today's release ..#SBG

@PratimDGupta elegant and stylish. What a movie watching experience. Loved and loved.