"You teach me self-love and self-reliance better than anyone I know," wrote Shaheen for Pooja Bhatt 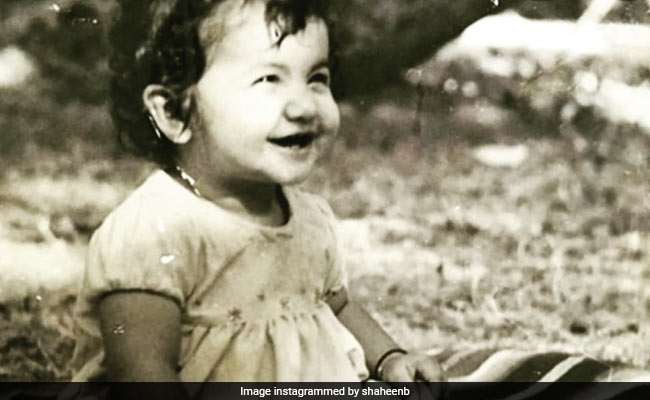 Happy birthday, Pooja Bhatt! The actress-filmmaker turned 49 on Wednesday and guess who shared the sweetest birthday wish for her on social media? None other than her sister Shaheen Bhatt. Actress Alia and Shaheen are filmmaker Mahesh Bhatt's daughters with actress Soni Razdan. Pooja Bhatt was born to Mahesh Bhatt and his first wife Kiran Bhatt. To wish her sister, Shaheen Bhatt zeroed in on an adorable throwback photo from Pooja Bhatt's childhood. The monochrome photo features baby Pooja sitting on a sheet laid out on the grass and smiling with all her hearts. She looks cute as a button in a frock.

Sharing the adorable photo, Shaheen Bhatt called Pooja "the OG" and wrote: "Happy Birthday Pjja Bhatt - you teach me self-love and self-reliance better than anyone I know. I love you." In the comments section, the actress replied: "Aww and I love you MORE!"

Pooja, Shaheen and Alia Bhatt often show how much they love each other through their respective social media posts.

She was last seen in the sequel to her 1991 film Sadak. In the film, Pooja co-starred with former colleague Sanjay Dutt, sister Alia Bhatt and actor Aditya Roy Kapur.

In terms of work, Pooja Bhatt will next be seen in Netflix's series Bombay Begums.