Tejasswi Prakash: "Women are not the ones to sit down and cry when situations turn ugly" 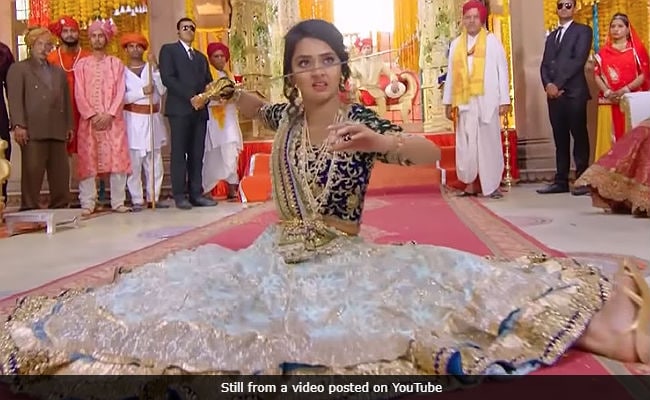 New Delhi: On International Women's Day, Rishta Likhenge Hum Nayaactress Tejasswi Prakash said that women should fight for what is right, reports news agency IANS. The actress recently filmed a sequence in the show, in which her character Diya beats up goons, who were misbehaving with her. Tejasswi told IANS that this aspect of Diya is much like her. "This particular scene was an interesting one as I got to fight eve-teasers. This moment was interesting for me because I can tackle such issues in real life as well. Girls of our generation are not to be taken lightly. They are independent, strong and confident," Tejasswi said in a statement, reports IANS.

"They are not the ones to sit down and cry when situations turn ugly. This Women's Day, I want to spread more power to women all over the world. Fight for what is right and never give up, is something that I strongly believe in," she added.

In Rishta Likhenge Hum Naya, Tejasswi Prakash plays the role of Ratan Singh's protector, who is much younger to Diya. In the show, Diya is shown more capable of handling difficult situations than Ratan, whom she later marries. Tejasswi Prakash as Diya combats many of Ratan's enemies and has a few action sequences too.

Promoted
Listen to the latest songs, only on JioSaavn.com
Rishta Likhenge Hum Naya is the revamped version on Pehredaar Piya Ki, which was taken off air within weeks, after it was criticised for its storyline.

"Will You Be My Girlfriend?" Asks Anand Ahuja In His Appreciation Post For Sonam. Her Reply