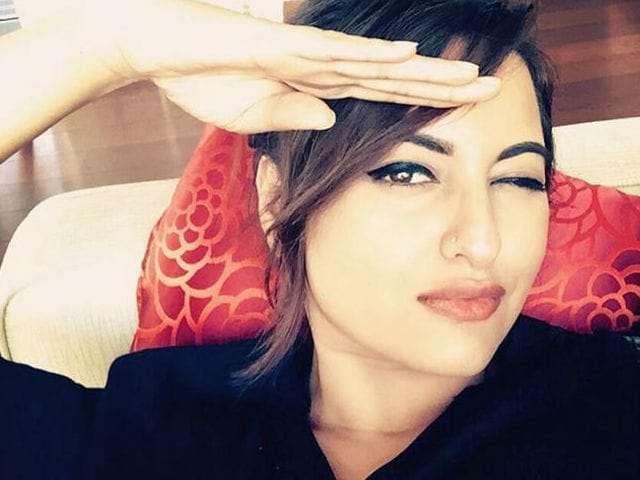 New Delhi: Actress Sonakshi Sinha, who was one of the judges on reality show Indian Idol Junior, has made her debut as singer in a new single titled Ishqoholic, which she has already recorded.

The hip-hop number is composed by Meet Bros and Kumaar has written the lyrics, read a statement. T-Series head Bhushan Kumar said, "Sonakshi has a beautiful voice and the song has turned out to be very likeable and easy to hum. I am so glad we got a chance to work on something which binds the world together - music." (Also Read: Sonakshi Sinha 'Finally Got to be in a Band')

In the song, the Dabangg actress will also be heard rapping a few lines.

"Ishqoholic will make her fans see the unseen and unheard side of her, and the cherry on top is that they will hear her rap too. The song will welcome Sonakshi to the music world easily," he added.

"The video for the song will be shot later this month, by Gifty whom I have worked with on the Desi Kalakaar number along with Yo Yo Honey Singh," Sonakshi said.

Meanwhile, Sonakshi will next be seen in the upcoming film Akira, a directed by A R Murugadoss and Force 2, which is directed by Abhinay Deo.