Notebook Movie Review: Pranutan, granddaughter of one of the finest actresses that Hindi cinema has ever produced, isn't a finished article. 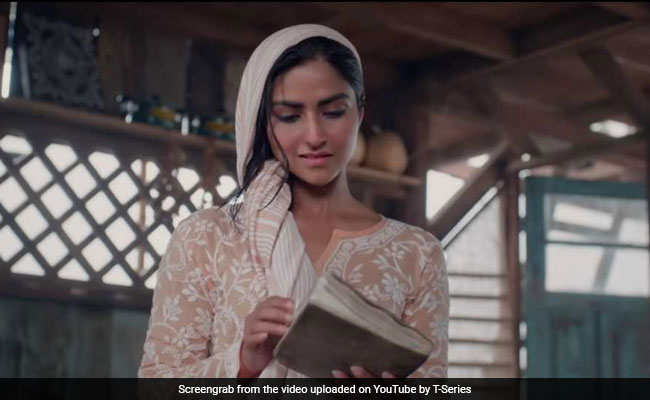 Notebook Movie Review: Pranutan in a still from the film. (Image courtesy: YouTube)

Rating: One star (out of five)

Can picture-postcard images paper over misshapen pockmarks left on a film by a pair of rough-on-the-edges new actors finding their tentative way through a sloppy screenplay and going around in circles? If Notebook, Nitin 'Filmistaan' Kakkar's third film, is anything to go by, the answer is a big, resounding no. The callow lead pair, Zaheer Iqbal and Pranutan Bahl, are called upon to exude unadulterated passion in an affected love story in which they do not physically meet until the very end of the film. By then, Notebook is in tatters and the audience is snoring (that is if the ear-splitting background score lets you doze off).

Cinematographer Manoj Kumar Khatoi's camerawork captures lush, stunning Kashmiri vistas - undulating landscapes covered with flaming chinar leaves, water bodies refracting the sun and the moon in all their splendour, snow-covered peaks peeping into the lens from a distance - in a steady stream that lends the film its surface sheen. It is captivating all right, but it cannot pull Notebook out of the senseless narrative swamp that it wades through in its attempt to deliver an unusual story of young love set in a strife-ridden paradise where anger and anguish reside side by side.

Adapted by screenwriter Darab Farooqui from Teacher's Diary, Thailand's official entry for the Oscars in 2014, Notebook transports the original tale from a rural school to a remote location in the Valley, where a small institution floating in a lake is on the verge of being shut because it does not have a teacher. The handful of students who once attended the school are at a loose end. An ex-soldier, Kabir Kaul (Iqbal), a Kashmiri Pandit nursing the guilt of having failed to save a boy from a landmine, arrives to fill the breach. 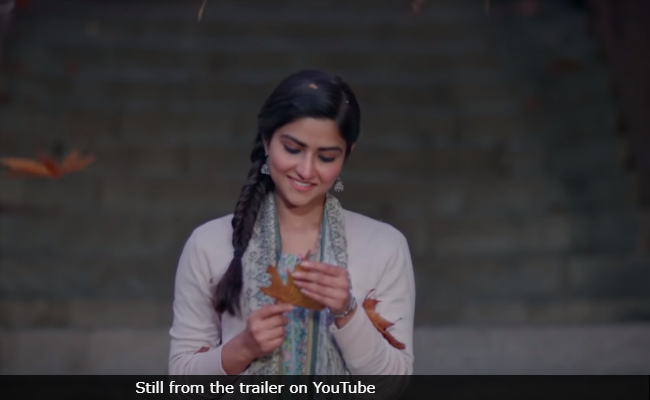 Pranutan in a still from the film.

Abbas Kiarostami kind of touches - a protagonist trying to seek a vantage point from where he can connect his handset to a mobile telephone service - are inevitable in a location such as this. The network is spotty here. A boatman tells Kabir that mobiles work in this part of the world only when the mausam (weather) and mahaul (environment) are conducive, which, he hastens to add, is rarely the case.

On another occasion, Kabir, whose family was forced to flee to Jammu when the Kashmir conflict erupted in the late 1980s, is told that the school is so far from civilization that even ummeed (hope) takes forever to get there. The dialogues, written by Sharib Hashmi (who played the lead in Kakkar's 2012 National Award-winning film Filmistaan) and Payar Ashar Chohan, fluctuates between the meaningful and the prosaic. One line that is repeated ad nauseum and becomes a leitmotif of sorts goes thus: Andhere ko andhere se nahi mitaaya jaa sakta, ussey roshni ki zaroorat hoti hai (Darkness cannot kill darkness, only light can).

It is spoken in the context of a bright schoolboy whose father is a fundamentalist (Mir Sarwar) bent upon putting an end to his education. The tussle between the gun and the blackboard is one of the key narrative strands of Notebook - it forms the spine of the film's climax - but its introduction into what is essentially a fluffy love story is rather laboured. As long as the children (all acted by local first-timers) are on the screen, Notebook yields some joy. The rest is dreary enough to be a cure of insomnia.

Returning to the plot, Kabir is no great shakes as a teacher and it takes a while for the five lovely children in his charge - two boys and three girls - to warm up to him. But the students never stop missing Kabir's predecessor, Firdaus (Bahl), who was an infinitely superior teacher. His lonesome life takes a turn when he finds a diary left behind by Firdaus.

The girl's free-wheeling ruminations on her likes and dislikes, her ups and downs, her struggles to break free from a domineering boyfriend (Muazzam Bhat) and her unshakeable belief in the transformative power of education inexorably draw Kabir towards her. He adds his comments in response to her jottings in the diary as he goes along. Soon, Kabir's limitations as a teacher begins to tell on the performance of the students and he is sent away to be replaced by Firdaus. It is now her turn to read Kabir's innermost thoughts. True love blossoms for the first time in her heart. Two perfect strangers separated by time and temperament become soulmates. 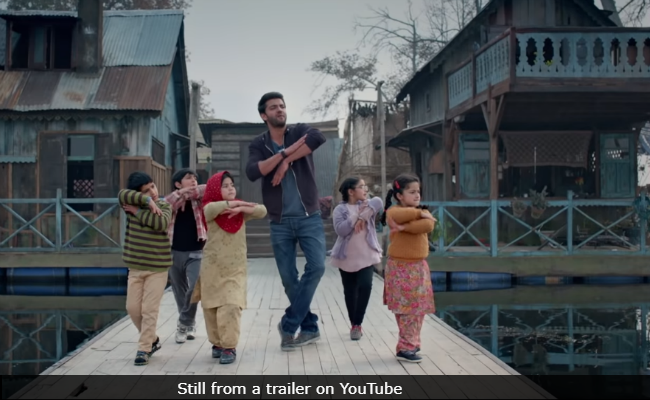 Zaheer Iqbal in a still from the film.

The diary is a pretext for many flashbacks that reveal the back stories of the two principal characters. One of them centres on Kabir's girlfriend who, tired of waiting for him, has found a new lover. When the hero learns of the development, he is livid. He switches to army man mode and beats his rival to pulp. The girl is unimpressed.

Notebook is presented by Salman Khan's production company, but do not expect the advent of Zaheer Iqbal to be epochal. He is no patch on Bollywood's lover boys. Not only is he a single-expression actor, he needs to work on his dialogue delivery. He seems at times to rush through his lines. Pranutan Bahl, the granddaughter of one of the finest actresses that Hindi cinema has ever produced, isn't a finished article. But because she is a chip off the old block, we will watch her progress with keen interest while wishing that her next project isn't as pedestrian as Notebook.