"Gratitude and being thankful for privileges is what is most important to know versus throwing your privileges in people's faces," said Shruti Haasan 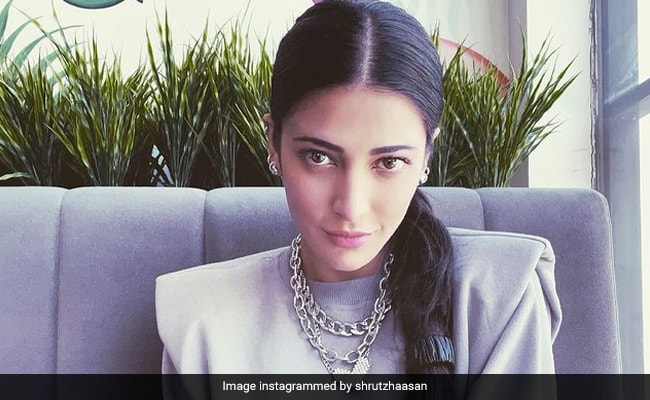 A lot has been said and written on the Internet about Bollywood stars holidaying during the pandemic. While it's hard to overlook the spike in COVID-19 cases across the country at an alarming rate and the crumbling healthcare scenario, a section of Bollywood celebrities have been going out on vacations to the Maldives at a time when people back home are fighting for their lives. Among them are Alia Bhatt and boyfriend Ranbir Kapoor (both of whom recovered from the virus recently), Disha Patani, Tiger Shroff, Sara Ali Khan, Janhvi Kapoor and Pooja Bedi (who received flak for holidaying in Goa). The Internet has labeled these celeb vacation plans as "tone-deaf" and insensitive to a great degree. Actress-singer Shrtuti Haasan appears to share a similar school of thought and feels that this might not be the best frame of time to showcase "privileges in people's faces." The actress, in a recent interview with The Quint, said, "I did not personally feel it was a time to go maskless in a pool."

"Glad they had a great holiday, they deserved it. I did not personally feel it was a time to go maskless in a pool. It has been a tough time for everyone and for some people much more. I think gratitude and being thankful for privileges is what is most important to know versus throwing your privileges in people's faces," Shruti Haasan said during the interview without mentioning any names.

Besides Shruti Haasan, Bollywood publicist Rohini Iyer and columnist Shobhaa De have also called out Bollywood stars for holidaying at exotic locations, while a large chunk of the country is struggling for basic amenities like oxygen cylinders and plasma.

Meanwhile, Shruti Haasan, in a recent Instagram post wrote about how she is dealing with pandemic and added, "I felt like stopping for a second and acknowledging my anxiety - in my heart is a prayer for everyone suffering and I meditate on putting out my little bit of good energy out toward the chaos." She checked up on her Instafam and wrote in her note, "Tell me how you're feeling - let's try and help each other? Let me know if there's any information want me to share or anything we should be talking about ? And in any case here's a giant hug for you."