No Time To Die Posters: Rami Malek In Villain Mode Steals The Show From Bond 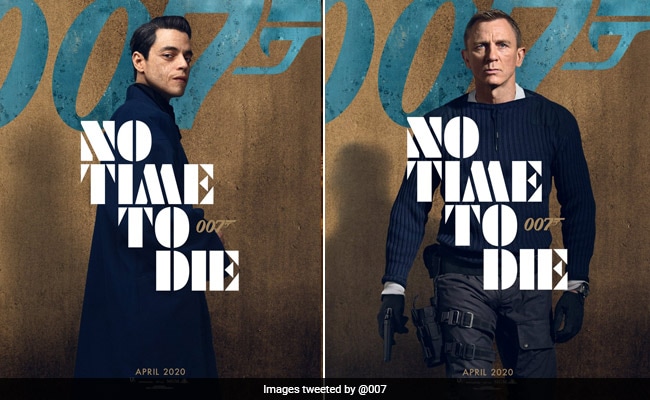 A look at the No Time To Die posters (courtesy 007)

Netizens have No Time To Die or breathe or eat right now because the makers of the 25th Bond movie dropped new posters of the film ahead of the trailer launch and oh boy, Twitter is mostly talking about Rami Malek. The Oscar-winning actor, who plays the villain in the new Bond movie, features in a brand new poster of No Time To Die, prompting Twitter to post comments like: "Rami Malek is gonna be a beast! Can't wait." Another user wrote: "I am so ready to see Rami as a Bond villain." Rami Malek earned a special spot in the hearts of movie-buffs and also the Best Actor Oscar with his portrayal of rock band Queen front-man Freddy Mercury in Bohemian Rhapsody, also received shout-outs like these: "I can't wait that Freddie Mercury turned into a new James Bond villain."

I am so ready to see Rami as a Bond villain

rami is so made for this

Rani Malek is gonna be a beast! Cant wait

A teaser of No Time To Die released on Monday. Take a look:

Bond is back. The first trailer for #NoTimeToDie arrives this Wednesday #Bond25#BondJamesBondpic.twitter.com/ThIEdXn82N

Earlier, an explosion at Britain's Pinewood Studios in June had damaged the film's sets, causing one minor injury, news agency AFP reported earlier. Sometime during the film's shoot, even Daniel Craig had to opt for an ankle surgery due an on-set injury in Jamaica.

Comments
no time to dieRami Malek