No One. Literally No One... Abhishek Bachchan Asks Farah Khan To Post Work-Out Video

Abhishek knows just how much Farah is haunted by work-out videos but he did it anyway. Who needs friends when you have a frenemy like this? 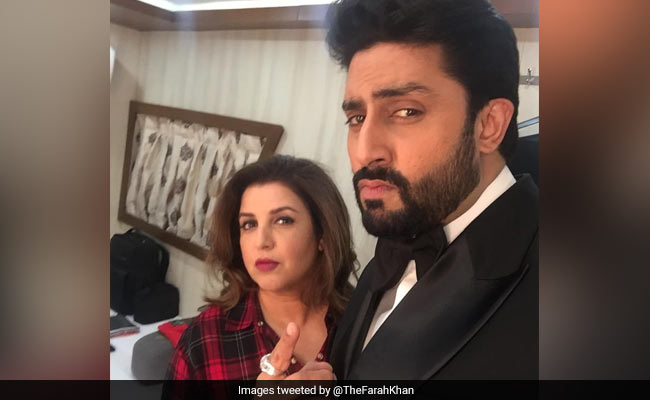 Abhishek and Farah are always teasing each other! (courtesy TheFarahKhan)

Remember Farah Khan's ROFL video hilariously calling out celebs for posting too many work-out videos? Well, Abhishek Bachchan does. The Happy New Year director has been tweeting about her "pandemic teachings" and Abhishek seized the opportunity to tease her over one such tweet. In a recent tweet, Farah wrote about the grocery guy and vegetable seller being her "new BFFs", when Abhishek dropped in to say: "Thank you! Ab work-out video upload karo (Now, upload work-out videos)!" LOL. Abhishek knows just how much Farah is haunted by work-out videos but he did it anyway. Who needs friends when you have a frenemy like this?

After the lockdown was imposed on March 25, Farah Khan made a "humble request" to her celebrity friends, asking them to stop posting work-out videos "in the interest of public health and safety." Farah, who it appears isn't fond of hitting the gym, said that she was feeling "bombarded." Farah's post was flooded with comments from her collagues with Arjun Kapoor teasing her like this: "I think you need to work-out in the gym downstairs in your building ASAP." She also threatened to unfollow those who make her look bad on Instagram. With her post, Farah made the likes of Sonam Kapoor, Malaika Arora, Shilpa Shetty and Preity Zinta, all of who have been posting work-out videos, roll on the floor laughing.