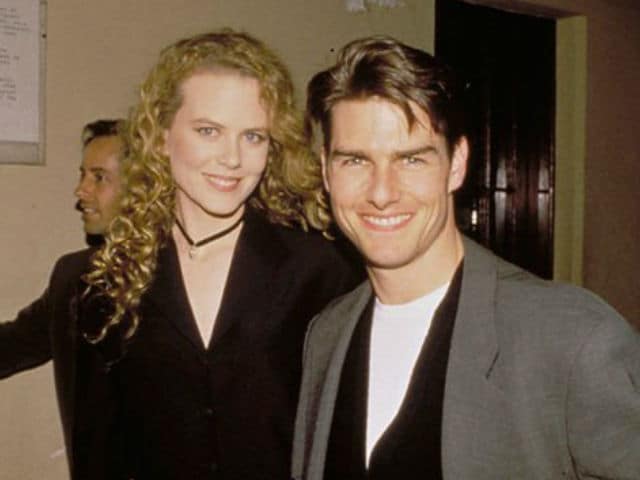 New Delhi: Nicole Kidman opened up about her relationship with former husband, actor Tom Cruise in an interview with CBS news and said that their love story was "pretty sudden." Nicole, 49, met Tom, 54, on the sets of 1990 sports drama film Days of Thunder and in no time they became Hollywood's top celebrity couple. They got married the same year and separated a decade later. Together, Tom and Nocole have adopted two children Isabella and Connor Antony. "It was pretty sudden. But, you know, when I fell in love, everything else was like, ehhh!. I was distracted," CBS news quoted Nicole as saying.

Nicole Kidman and Tom Cruise also made 1992's Far And Away and 1999's Eyes Wide Shut together.

However, Nicole did not say why after 10 years and two adopted children, the couple separated but she did add that she used her personal anguish over the divorce on play the role of British author Virginia Woolf in 2002 film The Hours.

"Yeah. I mean, I was deeply sad at the time. So then I sort of, just kind of got lost in her. And it all sounds sort of mumbo-jumbo crazy stuff, but it kind of saved my life," she told CBS.

Nicole Kidman is currently married to singer Keith Urban and they have two daughters - Sunday Rose and Faith Margaret.

Promoted
Listen to the latest songs, only on JioSaavn.com
Lion is Saroo Brierley's (Dev Patel) story of separation from his family and his quest to find his birth parents using Google Earth, years after he was adopted by an Australian couple. Lion also stars Deepti Naval, Tannishtha Chatterjee, Priyanka Bose and Nawazuddin Siddiqui and it was premiered in the Toronto Film Festival.