The teaser of Rana Daggubati's upcoming Telugu film Nene Raju Nene Mantri is finally out. In the 40-second teaser, the 32-year-old actor is seen walking out of his cell towards the gallows 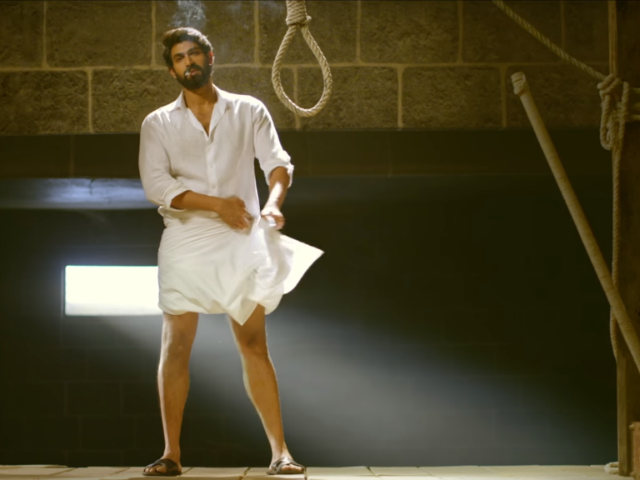 Nene Raju Nene Mantri: Rana Daggubati in a still from the teaser

New Delhi: The teaser of Rana Daggubati's upcoming Telugu film Nene Raju Nene Mantri is finally out. In the 40 second teaser, the 32-year-old actor is seen walking out of his cell towards the gallows. He is seen chained and his face has been covered with a black cloth. At the end of the teaser, Rana wraps his dhoti around in style with a cigarette in his mouth. In the film, Rana Daggubati will be seen portraying the role of a politician, Jogendra. Nene Raju Nene Mantri has been directed by Teja and produced by Suresh Babu. The film also features Kajal Aggarwal, Catherine Tresa, Navdeep and Ashutosh Rana in pivotal roles.


The hashtag #NeneRajuNeneMantri is currently trending on social media and the teaser is being loved by all including filmmaker Karan Johar, who distributed the Hindi version of Rana Daggubati's last film Baahubali. "Looking good Rana!!! Tons of love and luck!!!," tweeted the 45-year-old director.

I am looking forward to this !! Love the title ! Rock on chief b

NeneRajuNeneMantri marks Rana Dagubbati's first collaboration with filmmaker Teja. In an earlier statement the actor assured his fans that the film will be a 'delight for everyone,' reported news agency IANS. "I always admired Teja's hunger for brilliance and this one is turning out to be a compelling and thought provoking film. It's going to be a delight for everyone," he said in a statement, reported IANS.

The shoot of Nene Raju Nene Mantri began in April last year. The film will also be released in Tamil, Hindi and Malayalam.