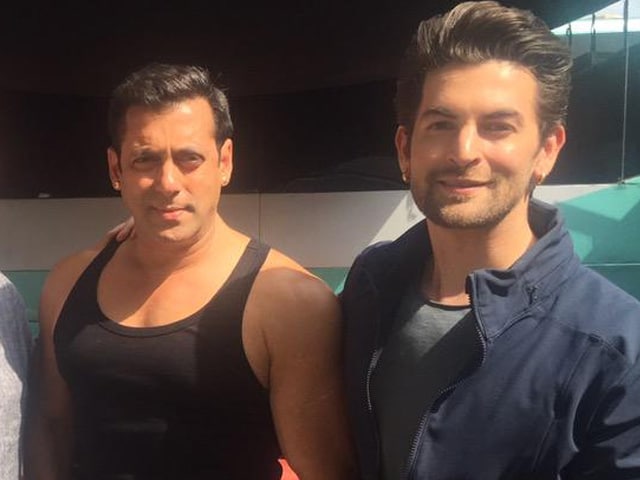 This image was posted on Twitter by Neil Nitin Mukesh

Mumbai: With his tall, fair and handsome looks, he could have been a quintessential Bollywood hero, but he chose to be an onscreen baddie. Actor Neil Nitin Mukesh, who ventured into Bollywood with Sriram Raghavan's 2007 film Johnny Gaddaar, feels that the trend of negative characters has picked up in Hindi cinema immensely.

"There are a lot of layers for an actor to do, and today if you have seen, the trend of actors doing negative roles, is picking up," Neil told IANS in an interview.

After stepping into the cine world in 2007, the actor has been seen mostly in negative roles like 7 Khoon Maaf, David and Player. In Tamil cinema, his 2014 movie Kaththi also featured him in a negative character.

Talking about his bent towards negative roles, Neil said, "I started my career with it. Johnny Gaddaar was a negative role. If you see the west, all the superstars have done negative characters."

The actor, who has even turned producer by collaborating with Madan Pahliwal of Miraj Group, said he'd like his banner to steer clear from the adult comedy genre.

"I'm not trying to be derogatory to adult comedies, but it is just that it doesn't match some sensibilities. Some people like it as it is a popular genre and it does really well in India also, but Madan and I have decided that the brand stays with its sensibilities," Neil told IANS.

Neil has zeroed down four scripts to produce, and one out of it is a "dark thriller", which is also written by the actor, who's the grandson of legendary singer Mukesh and son of singer Nitin Mukesh.

He also wants to produce a family drama.

Until then, the 33-year-old actor is looking forward to his acting project - Sooraj Barjatya's Prem Ratan Dhan Payo, which has Salman Khan and Sonam Kapoor in the lead role.

Neil will play the role of Salman's rebellious younger step-brother in the movie.

Promoted
Listen to the latest songs, only on JioSaavn.com
"My character is called Ajay Singh and he is a rebel with a cause. He has a reason why he is so rebellious in nature," said the actor, who also uses his singing talent in his films.

After singing the title track of his film Aa Dekhen Zara, he said, "You'll see me singing very soon".