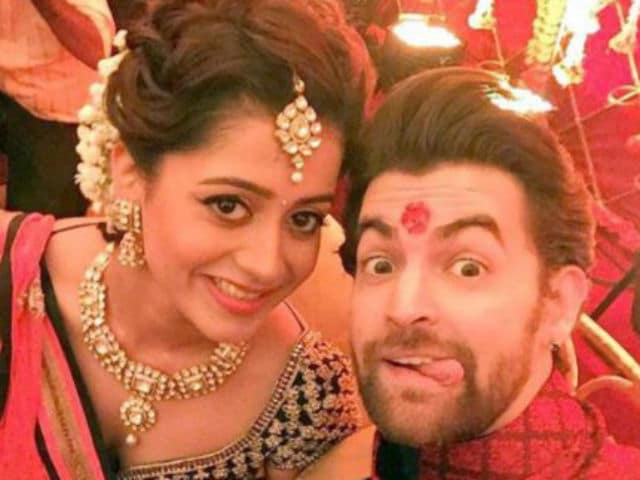 New Delhi: Neil Nitin Mukesh is on cloud nine. Prem Ratan Dhan Payo actor, is all set to marry his Mumbai-based fiance Rukmini Sahay in February next year. Though the actor would have loved to keep it simple, the wedding will be a grand affair. "We are planning to get married sometime in February," said Neil according to a report in The Times of India. . If you ask me, I would ideally like to have an intimate wedding at a temple, with just close friends and family. But of course, I have to obey our families' wishes. So, there will be an elaborate ceremony," Neil added. The actor will throw a reception party for his friends in the film industry.

Neil, 34 and Rukmini, 27, got engaged in a ceremony attended by close family and friends on the occasion of Dussehra in October this year. "Neil is quite old school in his ways and is a firm believer in the traditional school of thought when it comes to the sacred institution of marriage. He left the decision of finding his soulmate in his parents' trusted hands and there couldn't have been a better match for him than Rukmini," Neil's father, Nitin Mukesh said in a statement to IANS.

Neil posted a beautiful picture of his wife-to-be after the engagement.

Just few days later, it was Karwa Chauth and Neil decided to fast for Rukmini. "Rukmini is quite traditional in her upbringing and I would like to support her wherever I can," Neil said in a statement to IANS.

On profession front, Neil Nitin Mukesh will soon start shooting for Madhur Bhandarkar Indu Sarkar which is based on times of emergency in India. The actor will reportedly play the role of late congress leader Sanjay Gandhi.

After a superlative performance in #Jail@NeilNMukesh will join to play a pivotal character for the dramatic narrative of film #InduSarkarpic.twitter.com/108vfXraxM

Promoted
Listen to the latest songs, only on JioSaavn.com
Pink actor Kirti Kulhari and Bengali actor Tota Roy Chowdhury will also be a part of the star cast. Niel will also be seen playing the antagonist in in a trilingual film (Hindi, Telugu, Tamil) which also stars Baahubali actor Prabha. Directed by Sujeeth Reddy, the yet-to-be-titled film is expected to release next year.