Alia Bhatt looked pretty in a yellow ensemble, while Ranbir Kapoor looked handsome in a pink and white outfit 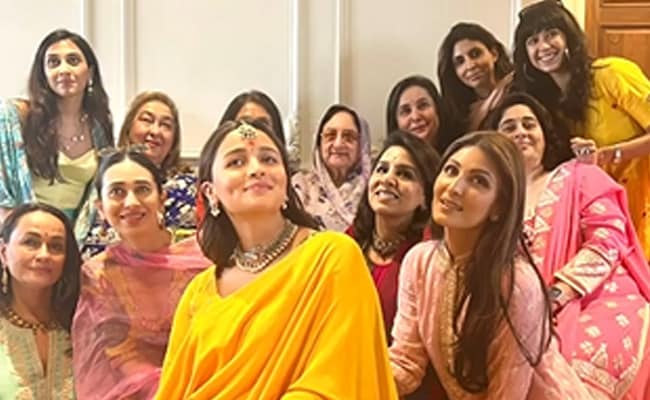 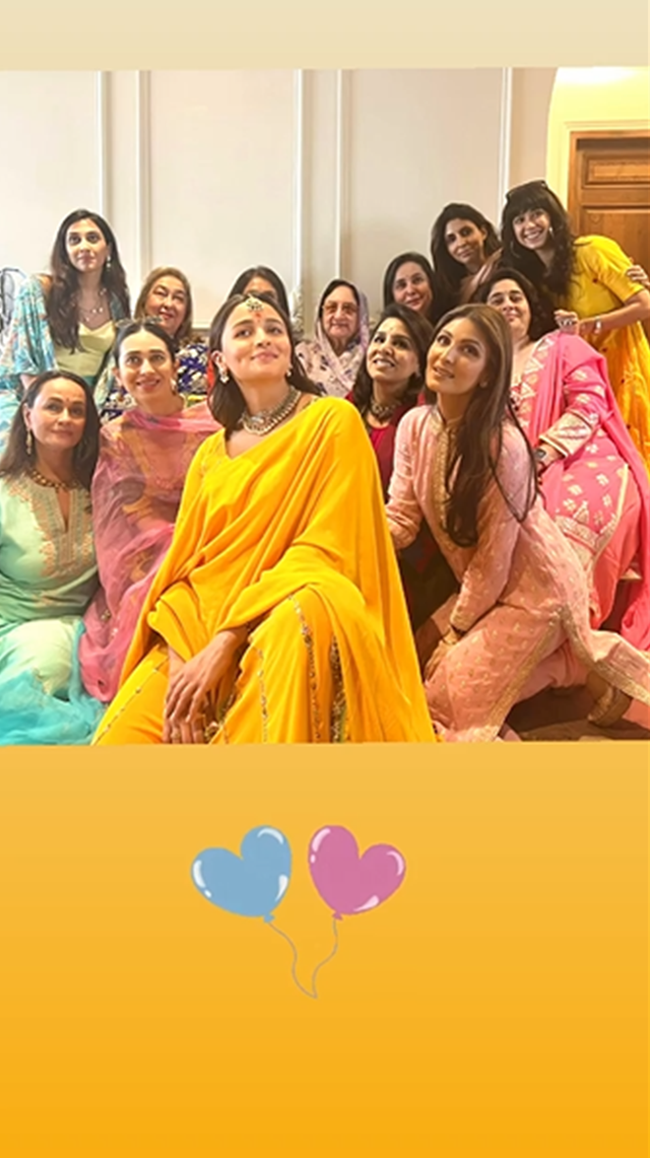 Neetu Kapoor also shared a happy picture with son Ranbir Kapoor, Karisma Kapoor and Rima Jain and captioned it as "Blessings n gratitude". Check out the post below: 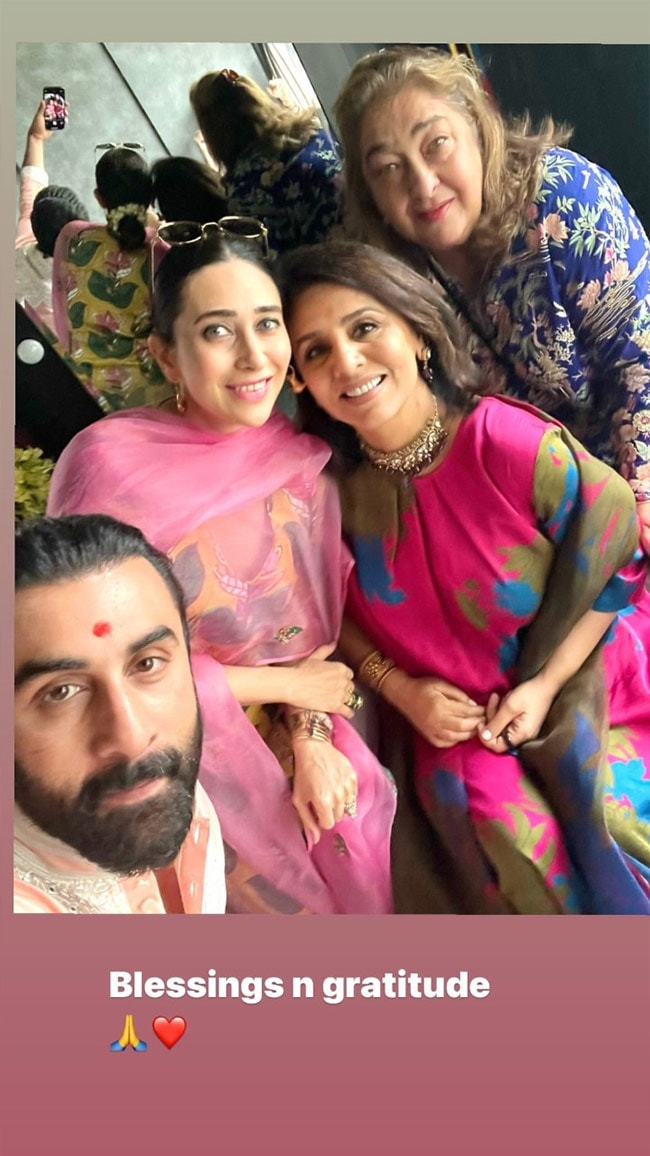 Check out Riddhima Kapoor Sahni's picture with "Daddy to be" Ranbir Kapoor. The brother-sister duo twinned in shades of pink. 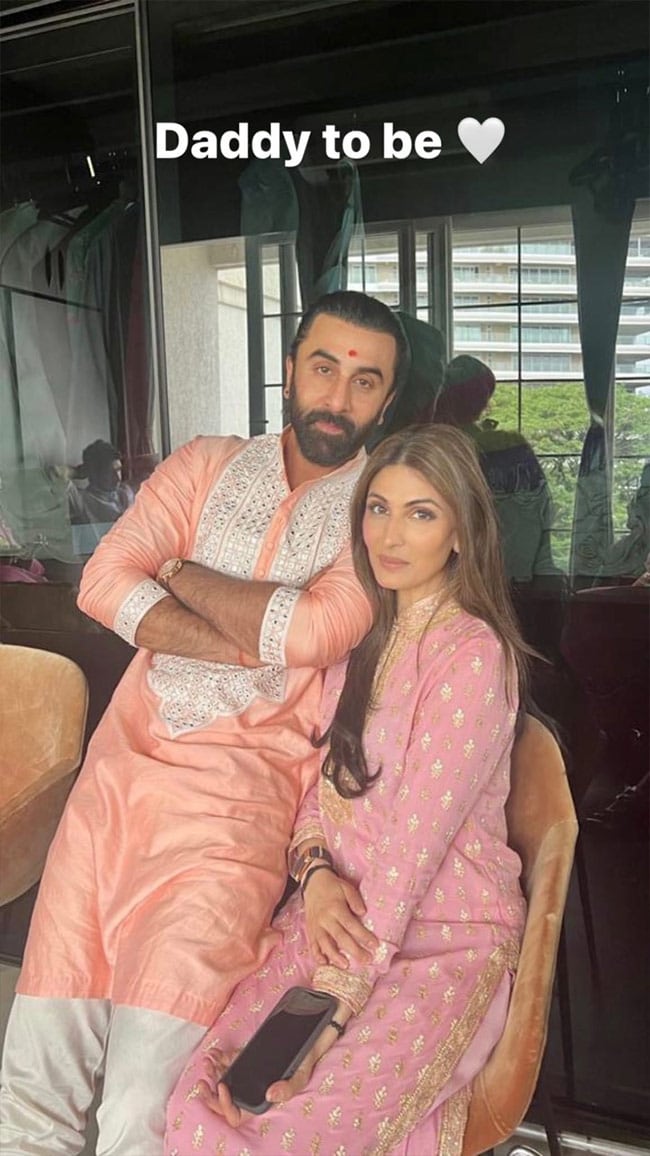 Riddhima Kapoor also shared a picture with "Mommy to be" Alia Bhatt. Check out the pictures below: 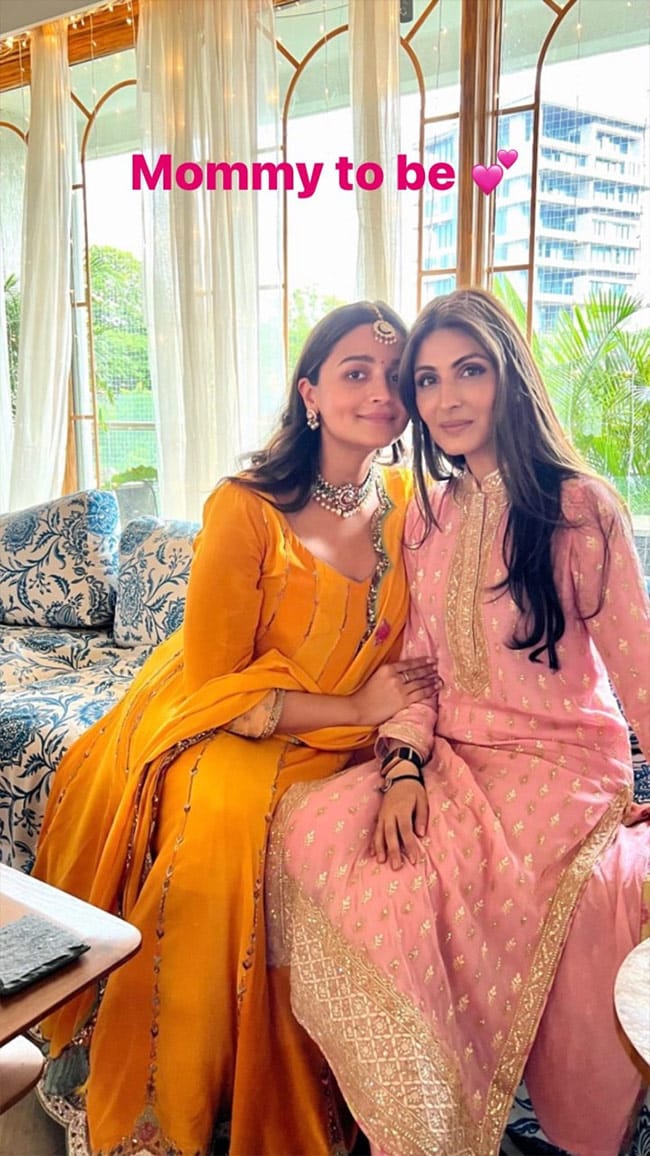 Riddhima Kapoor also shared a picture with cousins Karisma Kapoor and Nitasha Nanda. In the image, the Kapoor sisters look beautiful as they twin in pink ensembles. Check out the post below: 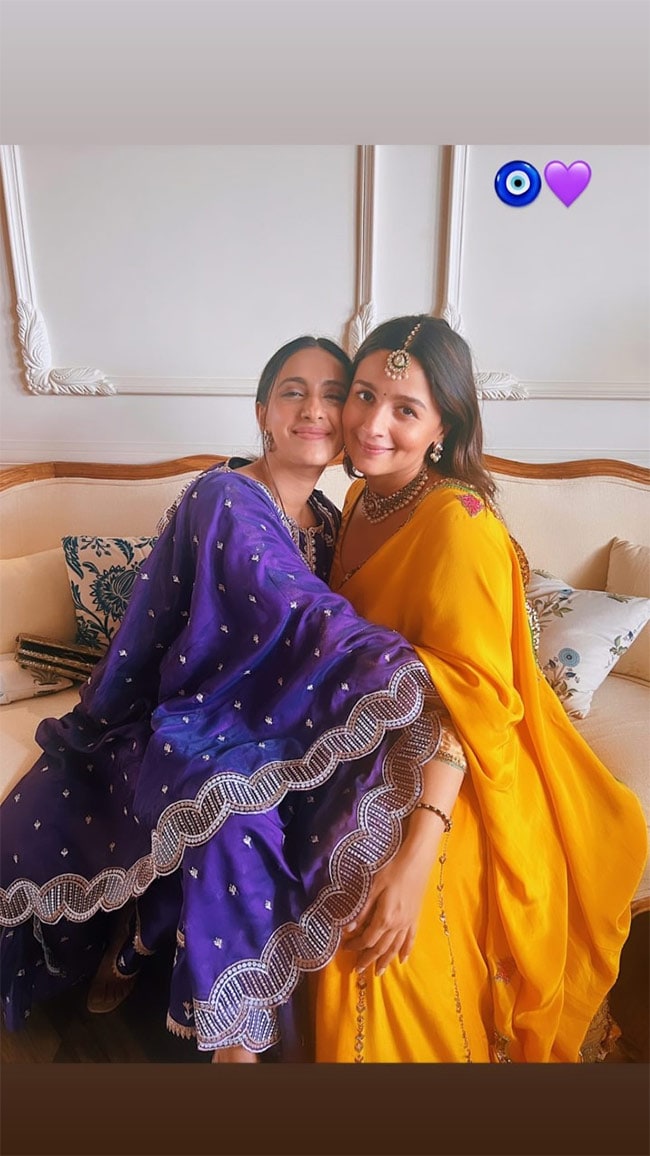