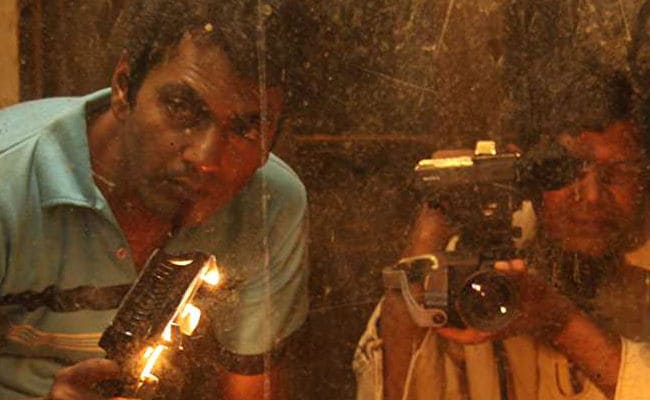 New Delhi: Actor Nawazuddin Siddiqui recently featured in headlines after an excerpt from his biography, titled An Ordinary Life: A Memoir, revealing the nature of his relationship with his Miss Lovely co-star Niharika Singh, went viral. In the biography, the versatile actor revealed about his romantic relationship with Niharika Singh in details. Now, Niharika Singh, 35, released a statement in which she said that Nawazuddin Siddiqui has digressed from facts such as the duration of their relationship, which Ms Singh was only for a few months and not over a year, as he wrote in the biography. "Nawaz and I had a brief relationship during the making of Miss Lovely that lasted less than a few months. So today when he paints me as a woman in fur enticing him into her bedroom with candles, or desperately calling him and mailing other women on his behalf, I can only laugh," news agency IANS quoted her as saying.

The A New Love Ishtory actress also said: He (Nawazuddin) obviously wants to sell his book and it would appear that he is willing to exploit and disrespect a woman just to do so. He has chosen to fabricate stories and manipulate a fleeting relationship. None of what he has written has been with my knowledge, let alone my consent. It is this very aspect of Nawaz that caused me to end my relationship with him in the first place. I have always maintained that he's a brilliant actor. However, I had hoped these acting skills would remain confined only to the screen. Still, I wish him well," reports IANS.

The excerpt from Nawazuddin's biography, which went viral and which the facts of which are contested by Niharika Singh, read: "For the very first time I went to Niharika's house... When she opened the door, revealing a glimpse of the house, I was speechless with amazement. A hundred, or so it seemed, little candles flickered beautifully. She wore soft faux fur, looking devastatingly gorgeous, her beauty illuminated even more in the candlelight. And I, being the lusty village bumpkin that I am, scooped her up in my arms and headed straight for the bedroom. We made passionate love. And just like that, out of the blue, I began a relationship with Niharika Singh, a relationship which I did not know then would last for almost one and a half years..."

Nawazuddin Siddiqui is married to Anjali and the couple have a daughter named Shora and a son Yaani, who was born on the actor's 41st birthday.

Promoted
Listen to the latest songs, only on JioSaavn.com
He was last seen in Babumoshai Bandookbaaz while he also starred in MOM, co-starring Sridevi while Niharika Singh has featured in 2013's film Anwar Ka Ajab Kissa.