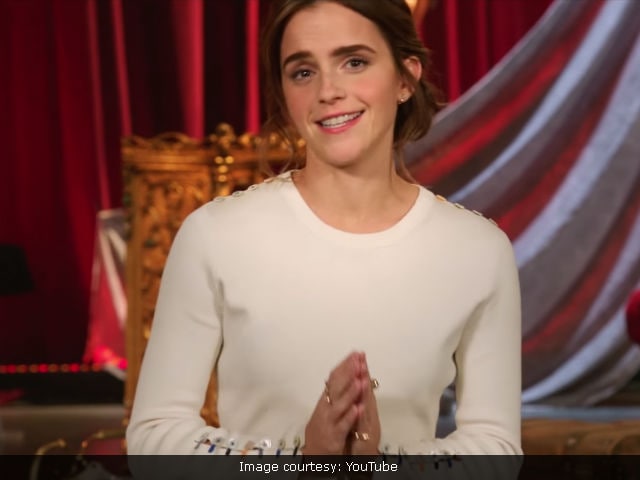 Emma Watson stars as Belle in Beauty and the Beast. (Image courtesy: YouTube)

New Delhi: Hollywood actress Emma Watson, who has a heavy fan following in India, is awaiting the release of Beauty and the Beast. The actress shared a video in which she wished her Indian fans a "very happy Holi." In the video, which was shared on social media and soon got viral, the Harry Potter actress sent her fans her heartfelt wishes. Emma, who played the role of Hermione Granger in the Harry Potterfilm franchise, plays the role of Belle in her upcoming release Beauty and the Beast. Emma joined her hands together and said, "Namaste India, wishing you a very Happy Holi. And don't forget to see Beauty and the Beast, this March in cinemas near you." Beauty and the Beast, which is Disney's live action remake of the animated version which released in 1991, is all set to hit screens on March 17.

Emma Watson has some Holi wishes for you

The movie faced some protests from some theater owners for featuring a gay character. Authorities of an Alabama cinema have opted not to screen Beauty and the Beastbecause it doesn't agree with the Disney film featuring a gay character. Hollywood film director Bill earlier announced that the character LeFou, played by Josh Gad, has romantic feelings for Gaston, played by Luke Evans.