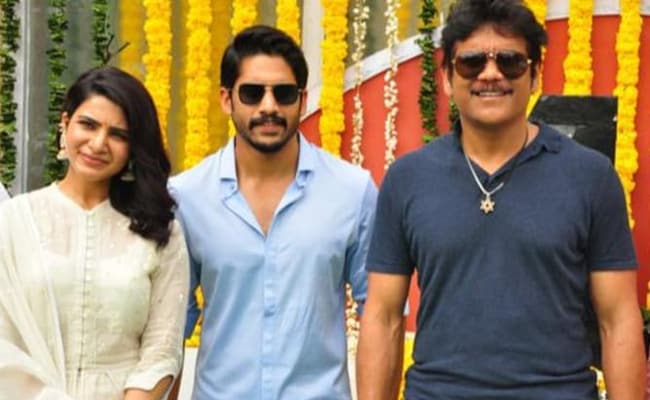 The decision to separate was actress Samantha Ruth Prabhu's, Naga Chaitanya's superstar Nagarjuna has claimed in an interview IndiaGlitz, contradicting his son who said earlier this month that the ex-couple had decided mutually to separate. Nagarjuna also claimed that Naga Chaitanya "accepted" Samantha's decision but was worried how it would affect the "family's reputation." Samantha Ruth Prabhu and Naga Chaitanya announced last year that they had decied to end their four-year marriage; rumours of a split gathered momentum after the actress changed her name to her initial - 'S' - on her social media accounts.

Speaking to IndiaGlitz, Nagarjuna has claimed that Samantha took the decision to separate, adding: "Naga Chaitanya accepted her decision but he was much worried about me, what I would think and what would happen to family's reputation. Naga Chaitanya consoled me very much as he thought I will be worried. "

Weeks ago, Naga Chaitanya said the couple had made the decision together. "It is ok to be separated. That is a mutual decision made for their individual happiness," he said while promoting his new film.

Nagarjuna also professed himself blindsided by the split. "They both have been together for 4 years in the marriage life but no problem like this came between them. Both were so close and I don't know how it came down to this decision. They even celebrated 2021's New Year together, it seems that the problems have arisen after that," he told IndiaGlitz.

Since the split, Samantha Ruth Prabhu has warned against "false rumours" about her, writing in an Instagram Story: "Your emotional investment into a personal crisis has overwhelmed me. Thank you all for showing deep empathy, concern and for defending me against false rumours and stories that are being spread. They say I had affairs, never wanted children, that I am an opportunist and now that I have had abortions. . A divorce in itself is an extremely painful process. Let alone allowing me the time to heal. This attack on me has been relentless. But I promise you this, I will never allow this or anything else they say, break me." She didn't explain who "they" were; rumours have also suggested that Nagarjuna and Naga Chaitanya discouraged her from taking the role in The Family Man 2 that brought Samantha nationwide acclaim.

Samantha Ruth Prabhu and Naga Chaitanya announced they were done in a statement they posted on their social media accounts - Samantha recently deleted her post, leaving fans confused. The breakup announcement read: "To all our well wishers. After much deliberation and thought Chay and I have decided to part ways as husband and wife to pursue our own paths. We are fortunate to have a friendship of over a decade that was the very core of our relationship which we believe will always hold a special bond between us. We request our fans, well wishers, and the media to support us during this difficult time and give us the privacy we need to move on. Thanking you for your support."