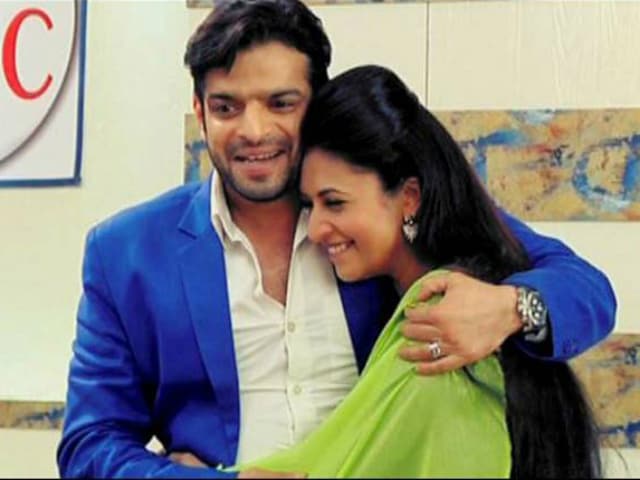 New Delhi: Karan Patel will join Karan Tacker to co-host TV dance reality show Nach Baliye season 8, as per some media reports. When a fan expressed how she wish this would happen, the Ye Hai Mohabbatein actor responded saying that he too "hopes" for the same. His tweet read: "I hope Star Plus is listening. Who better to support Divyanka and Vivek Dahiya than meeeee as the Host of Nach Baliye." However, to watch Karan Patel host the dance show, where Divyanka and Vivek will groove to hit songs, will be an absolute visual treat. Notably, Karan Patel hosted Nach Baliye Season 7 with TV actor Rithvik Dhanjani.

I hope @StarPlus is listening. who better to support @Divyanka_T and @vivekdahiya08 than meeeee as the #Host of #NachBaliyehttps://t.co/ELJ6b00p8b

Talking about the rumours of him co-hosting the show, Karan Patel, who participated in Nach Baliye Season 3 with his then-girlfriend Amita Chandekar, told India Forum, "I would love to and I hope this news turns into reality. But, for now, I have not been approached. Although, I have made it clear that I am keen on doing it."

Earlier, a source was quoted by IANS as saying: "We got great responses last season with Karan Patel hosting the show. We wished to retain him this a season as well and have brought on board Karan Tacker to co-host with him. And we're very excited to see both Karans as the hosts of the show."

Promoted
Listen to the latest songs, only on JioSaavn.com
Meanwhile, there were some rumours doing the rounds that comedienne-actress Upasana Singh, who is known for playing the role of Pinky bua in Comedy Nights With Kapil and The Kapil Sharma Show, has been roped in to host the dance show.

Apart from Divyanka and Vivek, former Bigg Boss contestant Monalisa with husband Vikrant Rajput and comedian Bharti Singh with fiance Harsh Limbachiyaa are been confirmed to be part of the eighth season of the show. The show, where the audience gets to see their favorite celebrity couples go head to head in a dance face-off, will go on air in April.