Mukkabaaz Actor Vineet Kumar Singh On Struggle: Either Roti Or Train Ticket, Not Both 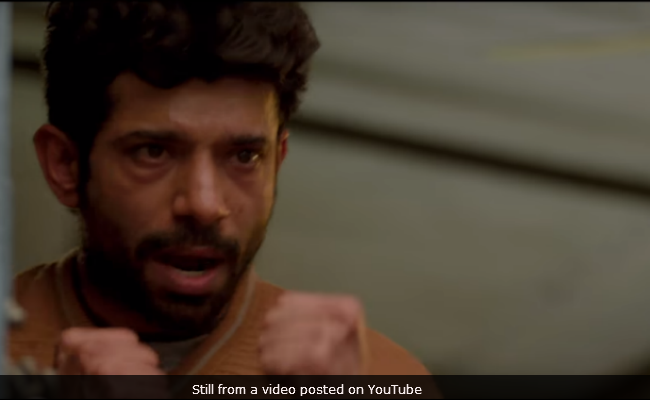 New Delhi: Actor Vineet Kumar Singh, who plays the lead role in Anurag Kashyap's Mukkabaaz (also written by him), talked about his struggle in the film industry for 17 years. Vineet called his journey both 'struggle' and 'development.' In an interview with Hindustan Times, Vineet said, "The journey was a bit longer than I expected. I came to Mumbai to participate in a talent hunt in 2000. I won the competition, got the movie Pitaah (also starring Sanjay Dutt) and I thought I would be made once the film released. The film released and flopped. I was not prepared for the failure. Things I had never imagined were happening to me. I had no godfathers in the industry. The people I knew were either doctors or players."

Remembering his old days, Vineet shared that he used to skip food to save money for the train ticket. "I used to skip a roti to ensure I had money for the local train ticket. While my classmates were shifting to Europe or opening their own hospitals, I was struggling in Mumbai. My father used to say 'Hariyo na himmat bisariyo na ram naam'. Little did he know I would apply it in my own life," Hindustan Times quoted Vineet as saying.

Earlier, Vineet also worked as an assistant director in Bhojpuri films and TV shows. Of this, Vineet told Hindustan Times: "Mahesh Manjrekar asked me to assist him. I worked in six films over six years and then I thought this is not why I had come to Mumbai. Finally, I quit direction. Then I started whatever acting assignments came my way including Bhojpuri serials. I thought koi bhi director Bhojpuri serials to nahi dekhega and I will earn some money."

Promoted
Listen to the latest songs, only on JioSaavn.com
Vineet met Anurag Kashyap when the director was casting for Gangs of Wasseypur. Anurag Kashyap's Mukkabaaz opened to positive reviews on January 12th and the film continues its healthy run at the box office. The film is being highly appreciated for taking up social issues like cow-vigilantism, mob lynching. The film is based on the life of a boxer and of this Vineet said that he spent almost two years training for his role as an aspiring boxer. He also shared that he started his MMA training in Mumbai when he was approaching producers with his script of Mukkabaaz.