Mubarakan: Anil Kapoor Talks About A 'Loss' On Twitter. Here's The Story 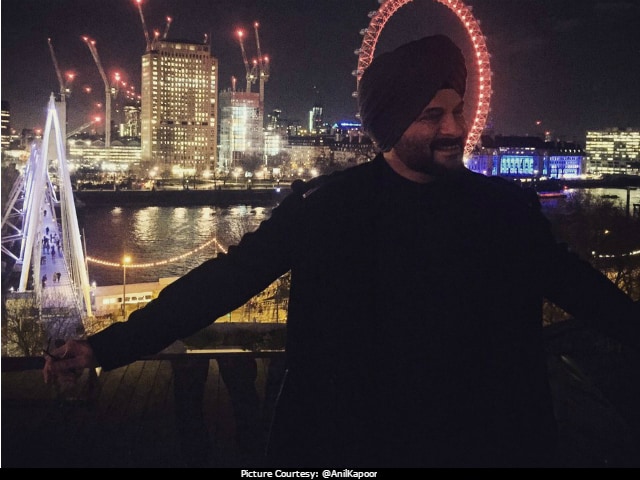 New Delhi: Actor Anil Kapoor, who has played roles across genres in his career, recently revealed that why not accepting a role offered by Satish Kaushik was a "loss" for him. The Mr India actor, who is playing the role of a sardar in his upcoming movie Mubarakan, told his fans on Twitter that director Satish Kaushik was the first filmmaker to offer him a role of a sardar but he couldn't do it. The actor apologised the helmer saying: "my loss." It was when Mr Kaushik praised the 60-year-old actor for his sardar look in Anees Bazmee's next film, Mubarakan, and wrote: "Kapoor saheb looking superb as London Sardar..Have a great shoot. Mubarkan." It is also Anil Kapoor's first movie with nephew-actor Arjun Kapoor.

Thank you satiskaushik2 ..first director to offer me a film as a sardar , unfortunately could not do it my loss .. https://t.co/uTsi4CqJXG

On Thursday morning, Anil Kapoor shared a picture of him sporting a turban (his look in the movie) from the sets of the film and wrote a quote by novelist J K Rownling, which reads as: ""But you know, happiness can be found even in the darkest of times, if one only remembers to turn on the light."- J K Rowling." Mr Kapoor, who is playing the role of Kartar Singh in the movie, earlier told PTI that: "Essaying the role of a sardar is a challenge. This is the first time I will be wearing a turban for a full-fledged role and for me it is a crown and a symbol of pride. Wearing a turban comes with a big responsibility and I am glad that Anees Bazmee, Sony Pictures and Cine1 Production chose me for this film."

"But you know, happiness can be found even in the darkest of times, if one only remembers to turn on the light."
- J.K. Rowling #Mubarakanpic.twitter.com/mYrftPjykv

Promoted
Listen to the latest songs, only on JioSaavn.com
Also, actor Arjun Kapoor shared a picture from the Mubarakan sets and shared with his fans that he to work in a "graveyard shift" for the shoot. He will be seen in a double role and one of the roles he is playing is of a sardar.

Mubarakan is a comedy film about a big fat Indian wedding with Ileana D'Cruz and Athiya Shetty playing the leading ladies. The film is slated to release on July 28.