"Next on my watch list - Mrs Serial Killer! Wishing you all the luck and love," tweeted Anil Kapoor 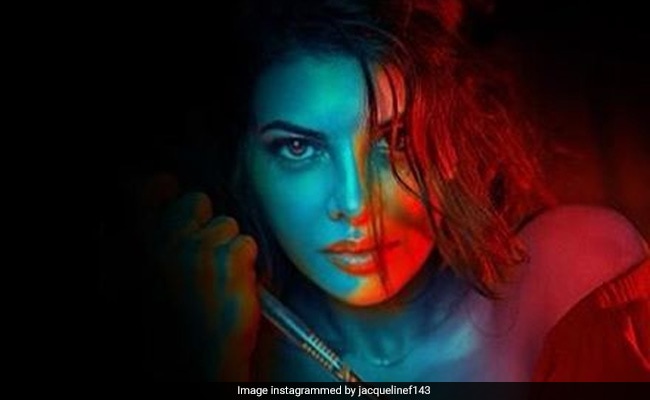 Jacqueline Fernandez's film Mrs Serial Killer, a Netflix original, premiered on the streaming platform on Friday and it occupied a spot on Twitter's list of trends instantly. Some liked it, others not so much, but this is the story of celebrities who gave a shout out to the film on social media. Salman Khan, who has worked with Jacqueline in films like Kick and Race 3, and will reportedly star with her in Kick 2, gave a shout out to the actress and wrote: "Congrats Jacky on your new show on Netflix! Mrs Serial Killer."

Filmmaker Karan Johar, who had backed Jacqueline's last project Drive (which was also on Netflix), wrote: "All the very best to team Mrs Serial Killer. I am going to watch it tonight!! As must you! He tagged the producer Farah Khan, director Shirish Kunder and added, "Lots of love to you. Streaming now."

All the very best to team #mrsserialkiller am going to watch it tonight!! As must you! Lots of love to @mohituraina@BajpayeeManoj@Asli_Jacqueline@ShirishKunder@TheFarahKhan@shrishtiarya@NetflixIndia ! Streaming NOW! https://t.co/hBDYtAKrcP

Anil Kapoor, who co-starred with Jacqueline in Race 2 and Race 3, tweeted: "Next on my watch list - Mrs Serial Killer! Wishing you all the luck and love."

Next on my watch list - Mrs Serial Killer! Wishing you all the luck and love @ShirishKunder@BajpayeeManoj@Asli_Jacqueline@mohituraina@TheFarahKhan@shrishtiarya@shaanmuofficial@NetflixIndia#NowStreaminghttps://t.co/PUeoVoyvnK

Aamir Khan's daughter Ira, shared a countdown for the film's premiere and shared a picture on her Instagram story. Check it out: 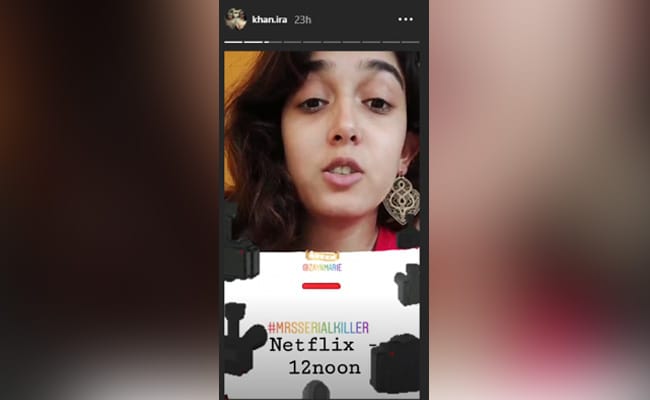 Mrs Serial Killer presents the story of a wife, who goes to every possible limit in order to prove that her husband (played by Manoj Bajpayee) is innocent. Manoj Bajpayee, who is framed by a cop (Mohit Raina), is seen manipulating his wife Jacqueline, to get himself out of the situation. In the process of saving her husband, Jacqueline finds herself tangled in a series of unwanted situations.

Mrs Serial Killer is Jacqueline's second project on Netflix. She has earlier starred in Drive, alongside Sushant Singh Rajput. The film has been directed by Shirish Kunder and produced by Farah Khan.