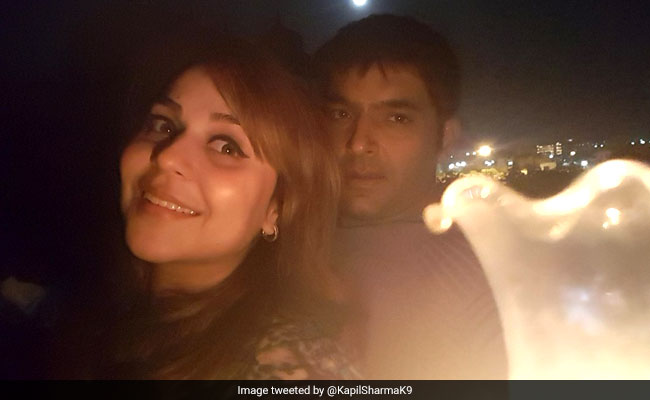 Kapil Sharma introduced Ginni Chatrath as his girlfriend on social media in 2017. Speaking about his impending wedding to Ginni, Kapil in an earlier interview to Hindustan Times said that the marriage will bring a "huge change" in his life. "I am ecstatic to be with Ginni and I know this marriage will be a huge change in my life. Discipline aayega. She takes good care of me and is a huge support in my life."

The stand-up comedian in an earlier interview to news agency IANS said that he wanted to let his fans and media know that his wedding date has been set for a long time. However, Kapil revealed, the wedding date was announced much later as he was promoting his Punjabi film Son Of Manjeet Singh. "For the past few weeks, I've been promoting my Punjabi film. I didn't want to talk about the wedding during the promotions, although the media repeatedly kept asking," he said.

Kapil Sharma started his own stand-up comedy show Comedy Nights with Kapil, made under his K9 Productions. He later moved to another channel with a similar show, titled The Kapil Sharma Show in 2016. Kapil Sharma made his Bollywood debut with Abbas-Mustan's Kis Kis Ko Pyaar Karoon. He later featured in Firangi opposite Ishita Dutta.

Last year, Kapil Sharma featured in headlines for his fight with his long-time collaborator Sunil Grover. It was also revealed later that he had joined a rehab to fight alcoholism. However, he returned to his family in a few months and has now a new event to look forward to.