Mission Mangal Movie Review: The 5 Actresses Outshine Everything Else In Akshay Kumar's Film

Mission Mangal Movie Review: Akshay Kumar brings obvious star power to the table in addition to some comic relief. He wisecracks his way through virtually every crisis. The actor resorts to excess in ill-advised ways. 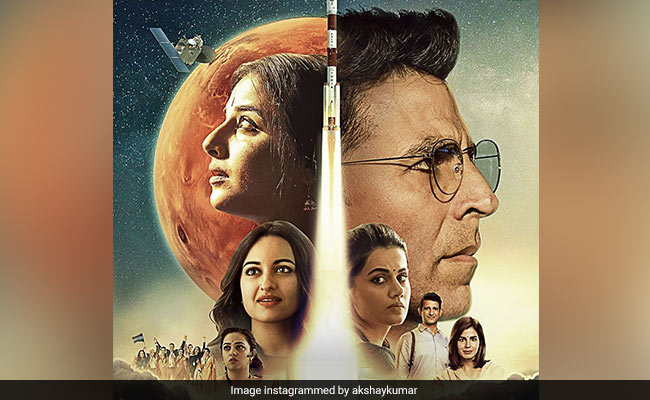 Failure, Dhawan asserts, is a stepping stone and there can be no science without experiments and trials and errors. But one of his key team members, Tara Shinde (Vidya Balan), takes the setback very badly and hopes to be presented with a chance for a shot at redemption. Mission Mangal, co-written and directed by Jagan Shakti, centres on the turnaround that she and her mentor spearhead. The duo dreams big. They dream Mars.

But Mars may seem to be the last thing on Tara's mind when we first see her in a domestic setting. She balances home and work with amazing poise. One moment the lady is in the prayer room of a modest Bangalore abode seeking blessings from the Almighty, the very next she in the kitchen, ruing the fact that the maid has played truant for the day.

Tara, who is married to the feckless Sunil (Sanjay Kapoor), a nagging man who does little to make life easier for her, is a multitasking mother to two hyperactive teenagers, an inquisitive boy and a free-spirited girl. Both pose questions, but the supermom is always ready with a clinching riposte. She brings the same sangfroid to her role as an ISRO scientist. 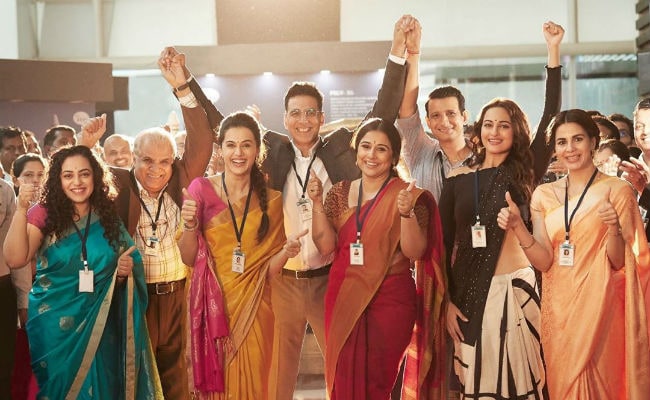 A still from Mission Mangal.

Each of these women has a life outside the mission lab located in a space that resembles a warehouse. Varsha's mom-in-law frets over the fact that she is no hurry to become a mother but her husband (Purab Kohli in a cameo) stands by her. Kritika is married to a soldier (Mohammed Zeeshan Ayyub in a special appearance) who is hospitalised with injuries sustained in a conflict zone skirmish. The mishap throws her off for a while, but her husband gives her a pep talk strong enough to force her to leave his bedside and return to work.

Neha, struggling to come to terms with the shock of her husband having left her for another woman, struggles to find a home on rent owing to her religious identity. And Eka, a woman raised in an orphanage that gave her the Gandhi surname like it did every inmate because the Mahatma is the Father of the Nation, is bent upon securing employment with NASA.

The Mars project faces many hurdles, budgetary and otherwise, along the way. When Varsha reports that she is pregnant and might have to withdraw from the team, the never-say-die Dhawan, who has a Hindi film song to hum for every occasion, thinks up a name for the mission - MOM (Mars Orbiter Mission).

The agnostic mission director isn't the only man in the core team. He ropes in the hopelessly superstitious Parmeshwar Joshi (Sharman Joshi) and the ageing structural engineer Ananth Iyengar (H.G. Dattatreya), who decides that sending a satellite to the orbit of Mars is far more exciting than a retired life spent in undertaking pilgrimages.

All nicely set up, Mission Mangal is ready to soar into the stratosphere even as many questions hover over the film. How advisable is turning a serious science-themed drama into a populist entertainer complete with high drama and over-simplified plotting? On the evidence of what pans out on the screen, there can be no clear answer. Some parts of Mission Mangal do work; others don't.

The tussle that Dhawan's team has with a dismissive Indian-origin NASA scientist Rupert Desai (Dalip Tahil), who has been drawn back into the ISRO fold but only has jibes to direct at the votaries of the Mars mission, is meant to constitute the film's principal conflict point. Delivered with broad strokes that obviate the possibility of any nuance or subtlety to seep in, the clash between the power of native intelligence and the lure of expensive borrowed technology is unconscionably trivialised.

Akshay Kumar brings obvious star power to the table in addition to some comic relief. His character is the sole member of the MOM team who is never assailed by doubts. He wisecracks his way through virtually every crisis. The actor resorts to excess in ill-advised ways, not the least in a scene in which he makes a simulated phone call to A P J Abdul Kalam. In one scene, one of the scientists working on the project utters the word impossible. Dhawan flies off the handle and gives her a mouthful. The girl returns the next day with a solution to an intractable problem and the mission director cheekily takes credit for firing her up with his boorish behaviour.

The girls are infinitely more interesting and more believable than the character played by Akshay because they face a gamut of challenges and setbacks and yet keep their chins up. Each one of them, at different junctures of the film, is on the verge of quitting. But they hang in there for one shot at glory. At its business end, the film quickens it pace significantly and the drama of the launch after many anxious moments caused by bad weather in the Bay of Bengal and the subsequent course of the PSLV towards the mission of breaking through the Van Allen radiation belt and reaching the Martian orbit achieves fever pitch.

As most of the mission room commands, instructions and responses in the film's elongated finale are barked out in English, electronic media reportage is employed to simplify and explain the scientific jargon in Hindi although, in reality, there was no blow-by-blow, 24/7 television news channel coverage of the event, at least not to the extent that the film depicts. 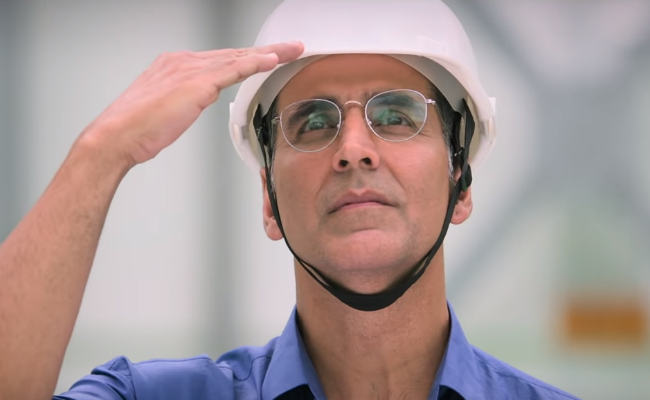 Akshay Kumar in a still from Mission Mangal.

The cast of Mission Mangal has actresses that we love because of the choices they have made in their career - apart from Vidya Balan, who is terrific here, there are Taapsee Pannu and Kirti Kulhari. Wish they had more to do in the film. The two make every little opportunity they get count. Sonakshi Sinha, playing the rebellious Eka, is delightfully good, as is Nithya Menen in the role of the staid and steady Varsha Pillai. The five women outshine everything else in Mission Mangal - even the dramatic lift-off the PSLV.