Mirzapur Season 2 Review: Fires On All Cylinders But In A More Controlled Manner

Mirzapur Season 2 Review: Neither Ali Fazal nor Pankaj Tripathi puts a foot wrong. Divyenndu plays the headstrong Munna with even greater aplomb than before. 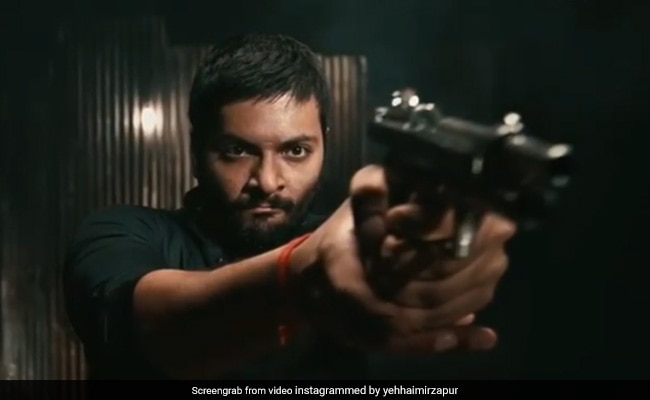 Blood feuds in the lawless boondocks is a formula gone fetid. Yet Mirzapur S2 hits the ground running. The makers dip into their quiver and pull out everything that that is in there. But does it all come together? Not quite.

The tussle for the throne that belongs to Akhandanand Tripathi a.k.a. Kaleen Bhaiyya, despite a slew of full-bodied performances, isn't exactly a pulsating, heart-stopping affair. Only an inveterate fan will find the show worth the nine hours it demands. This critic isn't one. 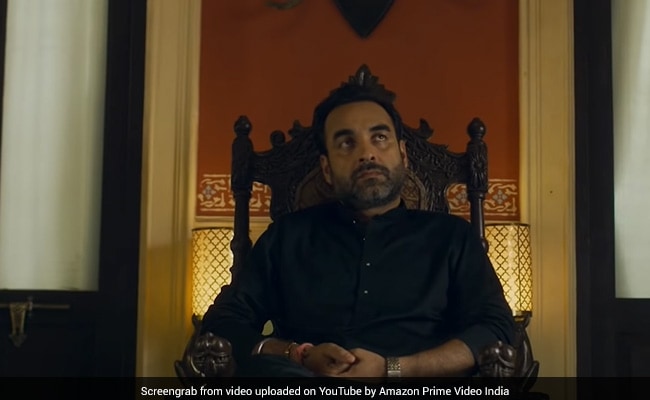 That out of the way, Mirzapur S2 isn't a washout. Directed by Gurmmeet Singh and Mihir Desai, the show is well-crafted and the script by Puneet Krishna and Vineet Krishna, while relying largely on trite tropes, isn't without its share of highs.

What it lacks is genuine, relatable political and social context. The story, like it did in S1, unfolds in an amoral vacuum. Neither the political establishment nor the police force have much of a say on what is afoot. It's a cakewalk for the scofflaws.

Nowhere is the facile nature of the construct more evident than in the manner in which Mirzapur S2 dismisses an entire election process. It is purportedly a state Assembly election - a chief minister wins re-election and is unanimously chosen the head of the government. But he and his party are only ones in the running. No Opposition exists and the heat and dust of an electoral contest stays off camera, pretty much like the caste dynamics that the series mentions once or twice, in passing.

The unflappable Akhandanand Tripathi a.k.a. Kaleen Bhaiyya ups his game significantly in the Amazon Prime Video crime series. While he retains a vice-like grip on the titular town's illegal guns and opium trade, he now has his sights set on the levers of political power in Lucknow. Does the character's wider sphere of influence give Pankaj Tripathi, who propels the show with Ali Fazal and Divyenndu, more meat to dig his teeth into? The jury is out on that, but the actor is in his elements again, projecting firmness and menace without having to either raise his voice or lift a finger. 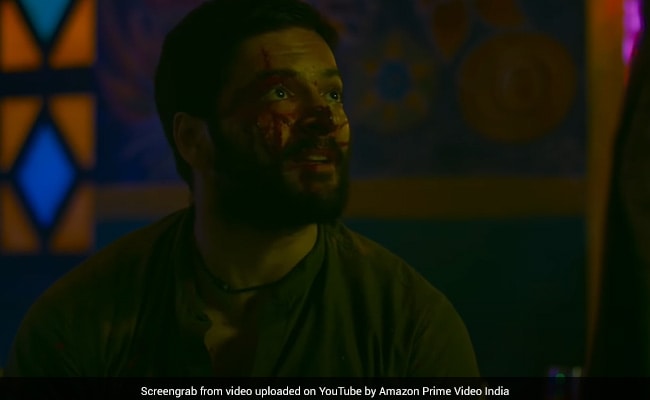 But do the threats that Kaleen Bhaiyya fights off to protect his turf and strengthen his grasp on the underworld make the keenly anticipated follow-up to 2018's Mirzapur more gripping? Only marginally. One key difference between the two seasons is in the pacing of the narrative. Season 2, as expected, fires on all cylinders, but in an infinitely more controlled manner. The language continues to be gratingly coarse. However, the scenes of violence, even when they are fervidly excessive, aren't delivered merely to boost the shock quotient as was often the case in S1.

The taciturn crime lord plays for higher stakes this time around and, therefore, has to contend with more enemies within and outside his dysfunctional family. But the series itself, despite the additions, the palpable tweaks and the enhanced ambitions, offers no more than more of the same. If you are a fan, you'll probably love it. If not, well, the show is at least technically unblemished and bolstered by top-notch acting performances.

The battle to control the spoils of crime in Mirzapur turns nastier with a family of carjackers from beyond the boundaries of Uttar Pradesh - led by Dadda Tyagi (Lilliput Faruqui) of Bihar's Siwan, Bihar - joining the fray and threatening to eat into the Tripathis' share of the pie. Add to that Guddu Pandit (Ali Fazal), Gajgamini 'Golu' Gupta (Shweta Tripathi Sharma) - the two fugitives find refuge in the Balia mansion of drugs kingpin Lala (Anil George) - and Jaunpur's Sharad Shukla (Anjum Sharma, who graduates from a fleeting cameo in S1 to a full-fledged role) - all of whom have scores to settle with Kaleen Bhaiyya and his sociopathic son Munna Tripathi (Divyenndu). The Mirzapur empire is under fire from all directions. 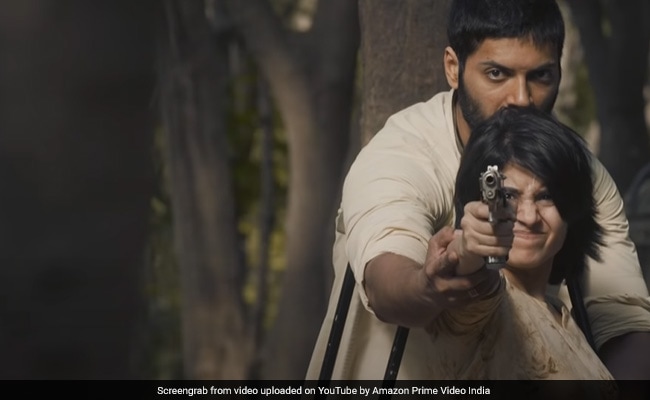 With so much unfolding in and around the Tripathi household, especially with Munna's stepmother, Beena (Rasika Dugal), going for broke and a new family member opening another tricky flank for the King of Mirzapur, one would have expected Mirzapur S2, a tale of loyalty, betrayal, relentless machinations and constant bloodletting, to pack double the firepower. It struggles on that score. 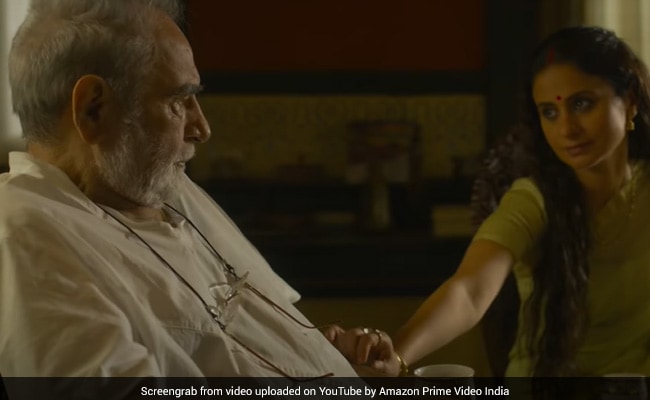 The show springs to life especially when the women - a toughened-by-circumstances Beena, a vengeance-seeking Golu and an ambitious Madhuri Yadav, the widowed daughter of the chief minister (Paritosh Sand) - break free from the shackles of patriarchy and wrest control of their own destinies no matter what it takes. The men, on their part, plot against, and with, each other and thrive on unleashing mayhem.

Mirzapur Season 1 had culminated in the horrific Gorakhpur wedding massacre that left many dead and drove a permanent wedge between a grievously wounded Guddu and his boss Kaleen Bhaiyya. A damaged right foot isn't able to tame Guddu one bit. Similarly, Munna, who believes he never gets the respect he deserves from his father, isn't softened by continued censure. Like Guddu, Sharad, the only son of Rati Shankar Shukla, a threat that Kaleen Bhaiyya brutally eliminated in Season 1, bides his time. 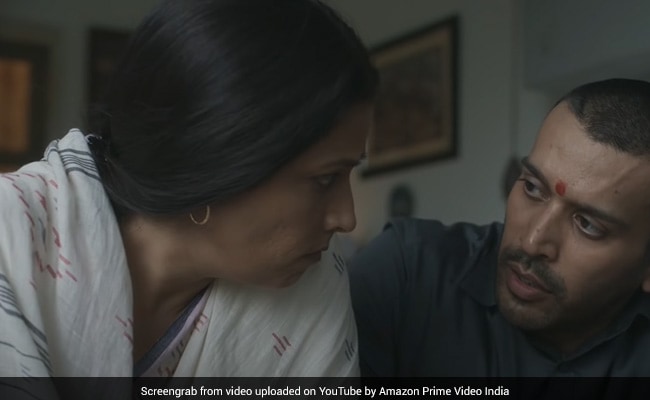 Admittedly, a few of the characters - and the actors who play them - retain their crackle. But revenge, irrespective of how it is served -- sizzling hot, lukewarm or cold - loses its sting when it assumes the form of a repetitive refrain. The law of diminishing returns kicks in.

But that is not where the nub of the action is. Guddu, who takes a couple episodes to get back on his feet after being shot in the leg, and Golu have their tasks cut out. The former has lost a brother and a beloved, the latter is mourning the killing of her sister. 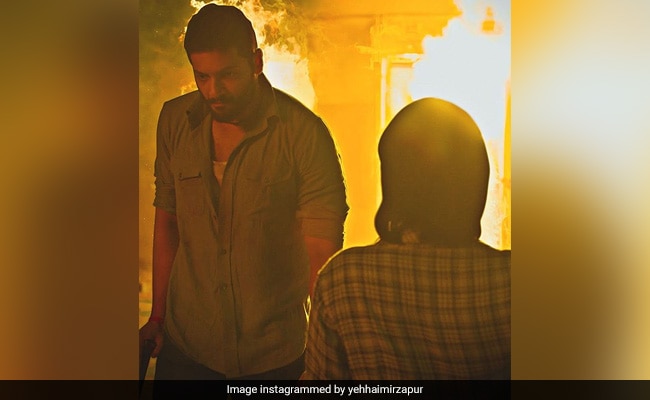 Guddu, always on a short fuse, plots vengeance not just for death of Bablu (Vikrant Massey) but also for the killing of his pregnant partner Sweety Gupta (Shriya Pilgaonkar, who, like Massey, pops up in brief throwbacks). The latter's sister Golu teams up with Guddu and turns into a tough-talking, gun-toting avenger.

Neither Ali Fazal nor Pankaj Tripathi puts a foot wrong. Divyenndu plays the headstrong Munna with even greater aplomb than before. Rasika Dugal and Shweta Tripathi Sharma are both terrific as they explore the surprising arcs of their layered characters. Among the three major new entrants, Vijay Varma falls prey to sketchy writing. But Anjum Sharma and Isha Talwar make a strong impression.

The principle that the Mirzapur characters follow is simple: you kill one of mine, I will kill one of yours. The cycle of violence is unending - and unsurprising. And it isn't over yet. There is clearly more in the offing. Should we rejoice?