Mirror Mirror On The Wall, Disha Patani Is The Fittest Of Them All

Disha Patani is summer-ready and how 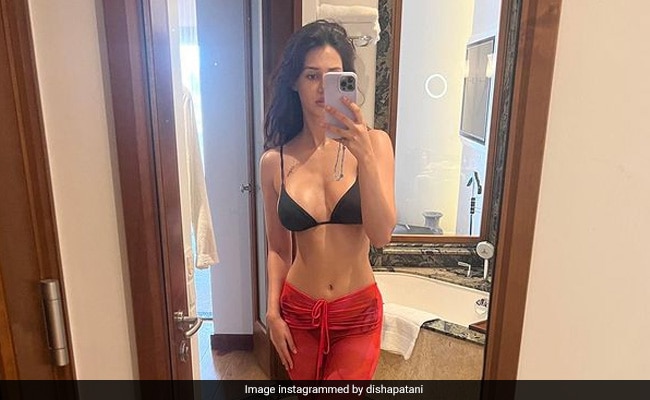 Disha Patani's love for fitness needs no introduction. The actress has quite a bit of a reputation as a fitness enthusiast and her Instagram posts clearly reflect that. On Tuesday, the actress shared a couple of mirror selfies of herself and they are absolutely ab-tastic. In one of the pictures, Disha can be seen dressed in a pair of pants and a bikini. In another one, she poses in red swimwear. In the third picture, Disha Patani can be seen holding a rose. The pictures got a whole lot of love from Disha's Instafam. The comments are filled up with heart and fire emojis.

This is what Disha Patani posted:

This is "just a regular day at the gym" for Disha Patani.

Disha Patani also resorts to dancing as a means to fitness.

In terms of work, Disha Patani was last seen in Prabhu Deva's Radhe: Your Most Wanted Bhai, which was her second project with Salman Khan. The duo have earlier co-starred in the 2019 film Bharat, which also featured Katrina Kaif and Tabu. Radhe: Your Most Wanted Bhai also starred Tiger's father Jackie Shroff and actor Randeep Hooda in pivotal roles. The film released on Eid last year. She will next star in Ek Villain 2, alongside Arjun Kapoor and John Abraham.