Met Sushant Singh Rajput After Casting Gangs Of Wasseypur Else Would Have Included Him, Says Anurag Kashyap

"Sushant was very successful. You make your career based on your choices. It's not about talent. It's what you choose. Who you work with. That makes your career," said Anurag Kashyap 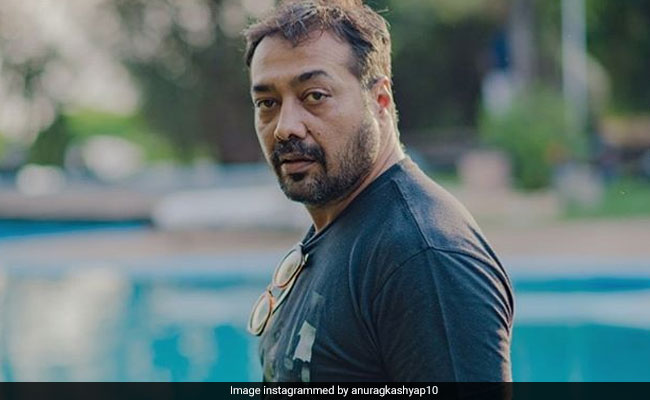 Filmmaker Anurag Kashyap, in an interview with NDTV's Rohit Khilnani, revealed that he had pursued actor Sushant Singh Rajput for two films and, in fact, would have cast him in the seminal two-part Gangs Of Wasseypur if only they had met earlier. The subsequent films didn't work out, Mr Kashyap revealed, because actors often prioritize offers from bigger banners. "Sushant was super successful. He made choices himself," said Mr Kashyap, commenting on the "validation" actors receive by appearing in a Yash Raj or Dharma film. Mr Kashyap said he met Sushant just after he finalized the cast of 2012 film Gangs Of Wasseypur - he would have included Sushant in his film had he met him earlier, said Mr Kashyap. He then put Sushant in touch with Abhishek Kapoor and that's how the actor was cast in 2013 film Kai Po Che!, which marked his Bollywood debut.

Mr Kashyap, who co-produced 2014 film Hasee Toh Phasee with Dharma Productions, said that the film was meant to originally star Sushant before he signed Yash Raj Films' Shuddh Desi Romance. "Hasee Toh Phasee we started with Sushant. Then we went to Parineeti (Chopra)... He signed up with YRF and dropped Hasee Toh Phasee, a film of an outsider, because he wanted validation from YRF. It's with every actor. Not holding any grudges," Anurag Kashyap said.

Anurag Kashyap also revealed that he reached out to Sushant ahead of Mukkabaaz but the actor had been booked for Dharma Productions film Drive. Mr Kashyap made Mukkabaaz with his Gangs Of Wasseypur actor Vineet Kumar Singh. "I was not upset. I moved on and made Mukkabaaz. It's not like anybody's upset. I am so used to this," said Mr Kashyap. "That validation, you are seeking. And one can't blame you. It's a choice you've made. So you also have to deal with it. The boy was very talented. But at that time, he chose Drive over a film that I was doing. Because he's been dying to work with Dharma," Mr Kashyap added. Produced by Karan Johar,Drive is an action thriller which released on Netflix last year, in which Sushant co-starred with Jacqueline Fernandez.

Sushant Singh Rajput died in Mumbai on June 14. His last film Dil Bechara premieres today. Sushant was a popular TV star for his role in Pavitra Rishta before he made the switch to films, starring in acclaimed movies such as Chhichhore and MS Dhoni: The Untold Story.