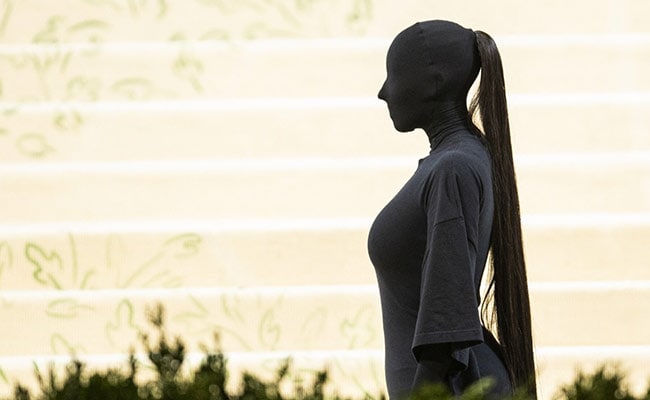 There are fashion icons and then there's Kim Kardashian. The reality TV star loves to go OTT at the Met Gala and this year was no different. Just that, Kim Kardashian's look for this year left everyone in bit of a fix. * Insert Kehna kya chahte ho meme * Kim Kardashian walked up the steps of the Met Museum in New York, wearing head-to-toe black. Quite literally - even her face was covered. Kim Kardashian's outfit was designed by Balenciaga and as per some reports, it was her estranged husband Kanye West who pushed her to try the incognito look. This year's Met Gala theme was "Celebrating In America: A Lexicon Of Fashion."

Hours after Kim Kardashian walked the red carpet at the Met Gala, some celebs couldn't help but share their reactions on Instagram. Sharing a photo of Kim on her Instagram story, Kareena Kapoor wrote: "Kya ho raha hai (What is happening)?" Kareena's BFF Malaika Arora had a similar reaction: "What's going on?" Well, Kareena and Malaika said out loud what everyone was thinking. 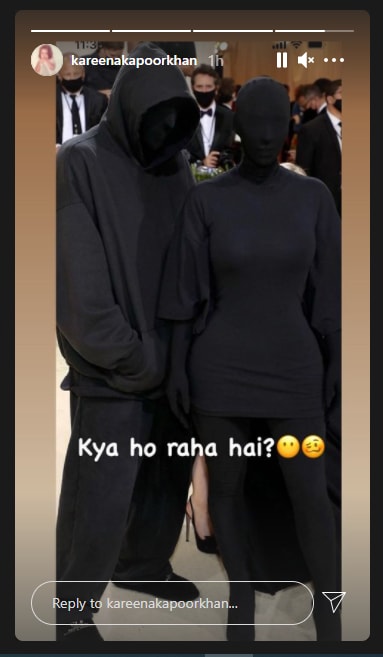 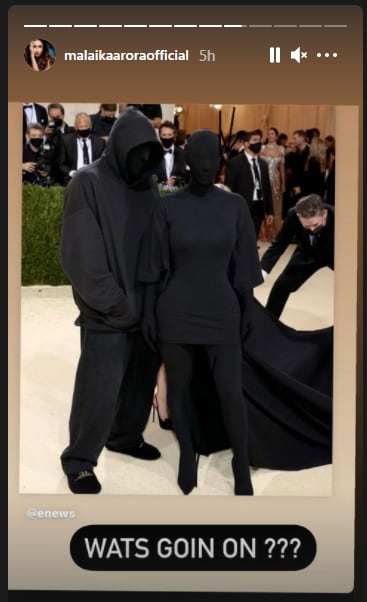 As per a TMZ report, Kanye West was in favour of Kim Kardashian sporting a faceless look at the Met Gala. He is said to have introduced Kim Kardashian to Demna Gvasalia, the creative director of Balenciaga, who conceptualised Kim's outfit. 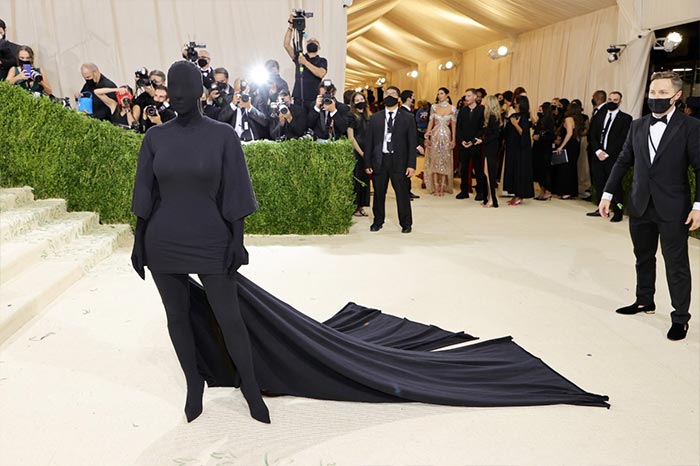 Kim Kardashian on the red carpet at Met Gala 2021

Earlier this week, Kim Kardashian stepped out in the Big Apple in another head-to-toe black look, this time in leather.

As for now, well, Kareena Kapoor, looks like we'll have to wait for an explanation from the Kardashian icon for the story behind her look.