The Metropolitan Museum announced it would be shutting its doors temporarily 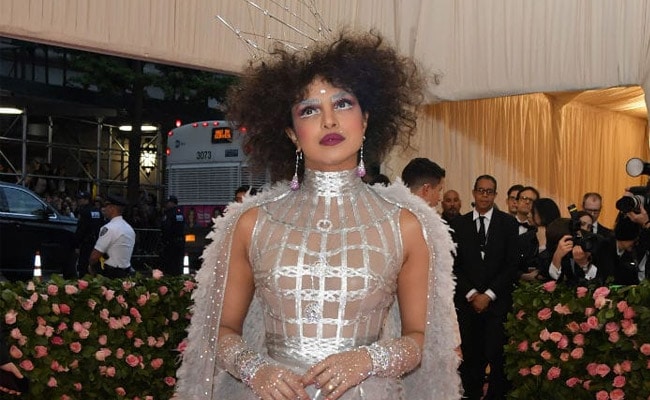 The Met Gala will not go ahead as scheduled on May 4, 2020 due to the outbreak of COVID-19 globally. The annual red carpet event, hosted by Vogue's editor-in-chief Anna Wintour, is a celebrity-packed fundraiser for the Costume Institute at the Metropolitan Museum of Art. Since 2005, the event has been held, on the first Monday in May - it also marks the launch of its spring exhibition, reports cnn.com.

This year's exhibition, "About Time: Fashion and Duration", is sponsored by luxury fashion label Louis Vuitton. It has been billed as a journey through the history of fashion from 1870 to the present.

On Friday the Metropolitan Museum announced it would be shutting its doors temporarily, causing speculation that the gala's organisers would follow suit. Writing on Vogue.com on Monday, Anna Wintour confirmed that the fundraiser would not be held as planned.

"Due to the unavoidable and responsible decision by the Metropolitan Museum to close its doors, About Time, and the opening night gala, will be postponed to a later date," she wrote. She added that the magazine would nonetheless be previewing the "extraordinary exhibition" in its May issue.

In a statement, a museum spokesperson wrote: "The Museum will remain closed through Saturday, April 4. Additionally, the CDC advised over the weekend that there should not be any gatherings of 50 people or more for the next eight weeks. In deference to this guidance, all programs and events through May 15 will be cancelled or postponed."

This is not the first time the event has had a change of plans in its 72-year history. There have been years when the gala wasn't held at all, most notably in 1963, following the assassination of President John F. Kennedy, and in 2002, following 9/11.

This year's exhibition was due to form part the Met's wider 150th anniversary celebrations. It was set to feature 160 fashion items, and was scheduled to open to the public from May 7, three days after the gala, until September 7.