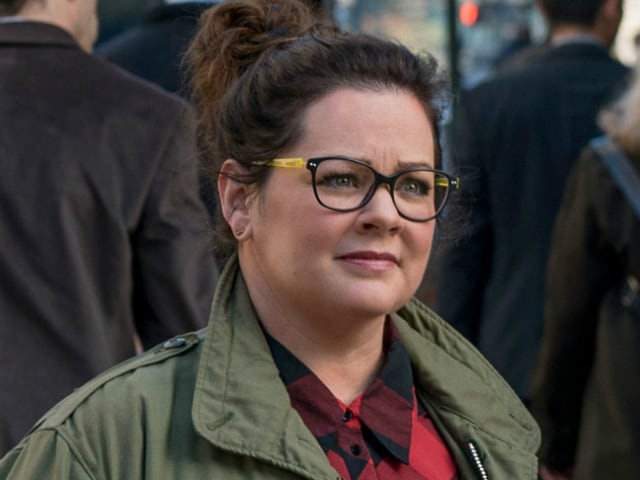 Melissa McCarthy in a still from Ghostbusters.

Singapore: Actress Melissa McCarthy will be seen busting ghosts in forthcoming film Ghostbusters, and the actress said that working in the film was fun but a "little creepy".

Melissa will be seen in Paul Feig's version of the famous 1984 eponymous American supernatural horror comedy along with Kristen Wiig, Leslie Jones and Kate McKinnon. It also stars Chris Hemsworth.

Mr Feig made sure to cast an actor who was in full make-up and in costume for the role of ghosts. Then he would just augment them with C.G. (Computer-generated techniques) for a more realistic performance.

The actress shared that it "made a huge difference".

When people ask her about her experience of shooting for the film, she had to tell them how there were people dressed as ghosts in the movie.

"I have talked to so many people about it and they are like 'Oh, what was the tennis ball like?' And I am like 'No, there was, like the ghosts in the subway in the beginning, he went through six, seven, eight hours of prosthetics and it was someone named Dave, I have known Dave for years. I was in there talking to, like I was in there watching him.

"I had no idea who it was, and it wasn't till he spoke that I was like 'Oh, my God. I know who you are'. But, so when we were acting, Paul was so great that he really put people in there that were fully dressed, with make-up, prosthetics. It was a little creepy," Melissa said.

She spoke at a press event organised by Sony Pictures Entertainment for select media from across Asia.

The film is produced by Ivan Reitman and Amy Pascal, and written by Katie Dippold and Feig, based on the 1984 film Ghostbusters, an Ivan Reitman film, written by Dan Aykroyd and Harold Ramis. It will release in India on July 29.