Marvel Comics' Stan Lee to Star in Adventure Film on Him 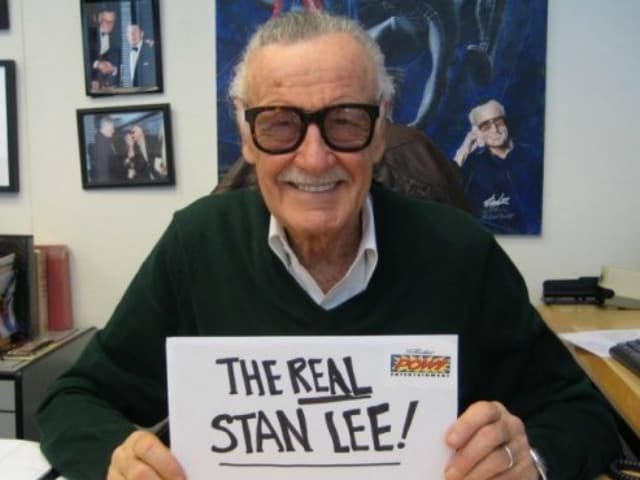 Los Angeles: The story of Stan Lee's life is coming to the big screen as Fox is planning to develop a 1970s-era action adventure movie about the legendary Marvel comics creator.

According to The Hollywood Reporter, 20th Century Fox, the studio behind X-Men and Fantastic Four film franchises, has acquired Stan Lee's life rights.

Marty Bowen and Wyck Godfrey, the producers behind Twilight, The Maze Runner and the upcoming Power Rangers, are attached to produce.

Mr Lee and Gil Champion, his partner at POW! Entertainment, will executive produce the project, with Matt Reilly overseeing for Fox. No writer has been hired to write the script.

The project won't be a biopic, but rather an adventure set during the '70s with Mr Lee as the main character.

It is described as being in tone with the hit film Kingsman: The Secret Service or Roger Moore-era James Bond movies which were noted for their campy nature, over-the-top scenarios and one-liners.

In real life, Mr Lee moved to Hollywood in the 1970s in hope to see his characters adapted to the big and small screens. In the early 2000s, the former president and chairman of Marvel company made a cameo appearance in countless Marvel films, including X-Men and Spider-Man.

Promoted
Listen to the latest songs, only on JioSaavn.com
He also appeared in recent films like Deadpool and Captain America: Civil War.