Marjaavaan Movie Review: Sidharth Malhotra, Riteish Deshmukh's Film Is Anything But To Die For

Marjaavaan Movie Review: Sidharth Malhotra has to do a great deal of heavy lifting. Riteish Deshmukh seems far more at ease with the lines. 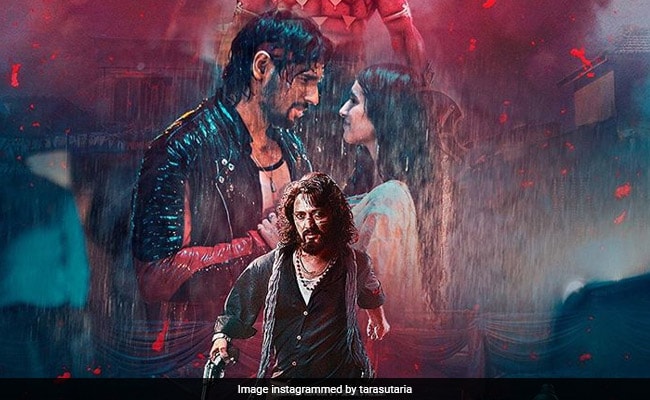 In Marjaavaan, which is anything but a film to die for, writer-director Milap Milan Zaveri whips up a stale masala concoction that transports the audience right back to a Bollywood era gone by. The turgid thriller is set in the Mumbai underworld, a fact that is grandly announced via a voiceover at the very outset, but neither the situations nor the locales in which the predictable action unfolds look remotely real.

While the film seeks to draw sustenance from its high body count amid unbridled bravado and bloodshed, none of the key characters in the distended plot is in danger of being caught dead doing or saying anything that could be deemed to be believable. The film is so overblown that even when the men engaged in fierce battle let off steam through the means of putrid punchlines, they only sound like pipsqueaks trying to pump up the volume amid all the rain and thunder that accompanies the big action set pieces.

The screenplay operates under the impression that the more characters with disabilities that you can cram the narrative with, the better. The heroine, an uprooted Kashmir ki kali, is deprived of the faculty of speech. A young boy who is friends with the male protagonist has a stutter. And the baddie is three feet nothing, which is one of the reasons why he rails against the world. But do not let all this fool you: Marjaavaan has no real empathy for people who are born different and have to grapple with difficult issues in the face of contempt and unsolicited commiseration.

Marjaavaan is the sort of movie that has no qualms about burying itself under a mountain of cliches. There is a gang lord, Narayan Anna (Nasser), who runs a water mafia and a prostitution ring. There is Raghu (Sidharth Malhotra), a foundling the don has groomed to be his invincible and trusted hitman. I belong the gutters, the young man confesses at one point. He doesn't have to say it: the film, too belongs right there.

The self-important gangster's son, Vishnu (Riteish Deshmukh), completes a deadly trio that is entrusted with propelling the film forward. Propel the film they do, but rarely forward. Raghu says to Vishnu: you are the waaris (successor), I am a lawaaris (orphan). But the latter, aggrieved to the core because of the lack of inches, has his own twisted take on his own life.

Vishnu Anna, more importantly, has a huge chip on his shoulders on account of the neglect that he faces from his father. He loses no opportunity to look for ways to settle scores with the usurper, but what is meant to be an intense battle royale between two disparate men peters out into a predictable, by-the-numbers confrontation with a tame culmination.

That is only one of the two triangles that constitute the narrative crux of Marjaavaan. The other involves Raghu, a mute Kashmiri girl Zoya (Tara Sutaria, who does a good job of looking pretty and unruffled amid the pandemonium) whose constant companion verbalizes her thoughts and gestures for the benefit of the hero and his cohorts, and Aarzoo (Rakul Preet Singh in an extended cameo that outstrips the footage accorded to the lead actress), the star dancer in nightclub run by Raghu's criminal benefactor.

As the hero's love with Zoya, who conveniently has no trouble with hearing and responding to music, blossoms, Aarzoo wonders if her love for the hero will ever be reciprocated in the truest sense. Both the girls, like the man that they love, are driven by the purest of motives. Zoya is a social activist of sorts determined to take a bunch of slum kids to the Valley for a music contest. Aarzoo, in turn, thinks nothing of standing by for her fortunes to turn.

They do. A twist before the intermission - it could well have been the ending of the film - is a pretext for another 70 minutes of mayhem on the screen as Raghu, transformed by Zoya's pulchritude and piety, proceeds to undo all the wrongs that he does in the first half. 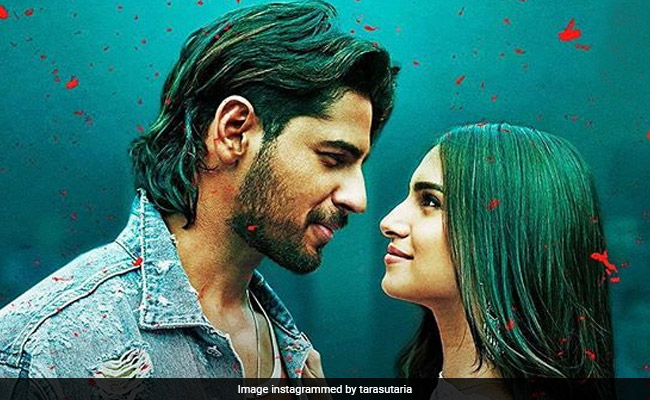 Marjaavaan Movie Review: Sidharth Malhotra has to do a great deal of heavy lifting

Zaveri crams the soundtrack of the film with bombastic dialogues that hark back to the C-grade movies of an earlier decade. What worked then sounds oddly off-key at the end of the second decade of a new millennium.

Sidharth Malhotra has to do a great deal of heavy lifting. The strain shows. Riteish Deshmukh, aided by visual effects to turn into an evil midget, seems far more at ease with the lines he spouts. His dialogues are peppered with "What is the height of...? questions. You wait for the answers. They are never half as startling as the writer thinks they are.

In a pre-interval action scene, Vishnu asks bystanders: What is the height of deewaangi (madness)? The answer is a spectacular PJ that sums up the nature of the film. To paraphrase the villain's version: a lover asks his sweetheart whether she loves him. The girl laughs: Ha ha ha ha... See, the besotted man says, she said yes four times.

Say yes to Marjaavaan at your own peril. The film is so short of new ideas that at least a couple of its songs are rehashes. One of them has Nora Fatehi gyrating to it with all the enthusiasm in the world. Unfortunately, it is unlikely that too many people will be queuing up to pay her - and the unabashed retreading of tired tropes that this film proffers - back in kind.