Manushi Chhillar Not Cast In Student Of The Year 2 - Yet, Reveals Karan Johar

"There is no truth to the news yet," says Karan Johar 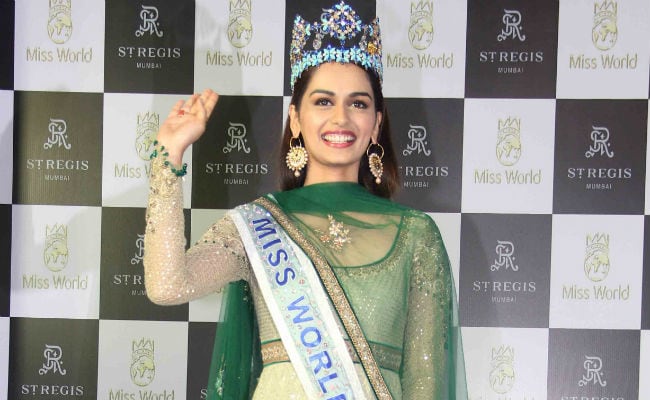 New Delhi: Filmmaker Karan Johar dismissed rumours that suggested Miss World Manushi Chhillar will star in his upcoming film Student Of The Year 2. In a recent media interaction, Karan Johar said, "There is no truth to the news yet. We are very proud of Manushi's achievements. I was hosting the show the year she won, so I have met her before and I did see potential in her. I look forward to meeting her... I haven't met her yet after she won the crown for India. But there has been nothing discussed yet," reports news agency IANS. Karan Johar was present at the Raymond Crossword Book Awards on Thursday.

Karan Johar, who is all set to star in Welcome To New York, received the best author award in the category of Popular Choice award for biographies for his book An Unsuitable Boy, which reveals everything about his personal and professional life.

KJo was last seen as an actor in Ranbir Kapoor and Anushka Sharma's film Bombay Velvet, which didn't do well at the box office. Of Welcome To New York, Karan Johar said, "That is a comedy film, so maybe best actor in a comic role could be in the question. Anyways even if I get a nomination I'll be happy with that. That is part of my extracurricular activities, so whatever I will get, I will be happy with that." The film's first poster was released yesterday and stars actors Sonakshi Sinha, Diljit Dosanjh and others.

Karan Johar was "excited" about winning the best author award. "I am quite excited about the fact that so many people were excited to know about my life, and I feel very honored to receive this award," Karan Johar said.

Karan Johar is uniting with Ranveer Singh and Rohit Shetty for Simmba. When asked about Ranveer Singh's most awaited and talked about film Padmaavat, which will release on January 25th, Kjo said that he just can't wait for its release.

"I am very happy and excited to watch Padmaavat and I can't wait for January 25th when the film releases nationwide."

Karan Johar's upcoming productions include Drive and Raazi while he also has Kesari and Brahmastra in the pipeline.
Comments
Manushi Chhillar Miss Worldkaran johar student of the year 2karan johar manushi chhillar