Manmarziyaan remained on the "lower side" even on Day 5 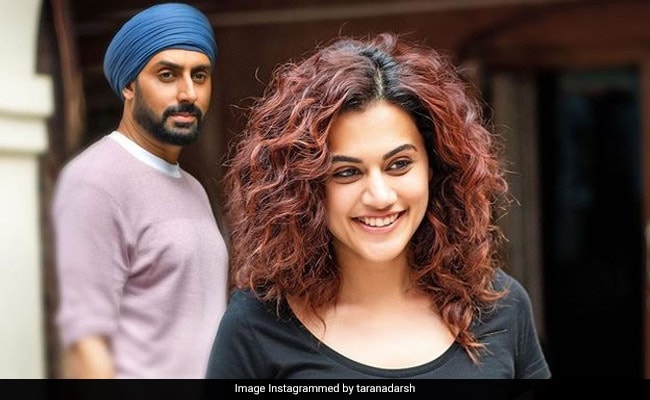 Anurag Kashyap's Manmarziyaan has managed to collect Rs 17.50 crore within five days of its release, a Box Office India report stated. The box office collection of the film starring Abhishek Bachchan, Taapsee Pannu and Vicky Kasuhal remained on the "lower side" even on Day 5. The film has collected Rs 1.75 crore on Tuesday. "Manmarziyaan dropped a further 10-12% on Tuesday after the Monday drop which means it's going to find it hard in the single week to make much impact. The total of the film is around Rs 17.50 crore (net) and the week looks to be heading for Rs 20.50 crore (nett)," the Box Office India report stated.

On Day 4 (Monday) Manmarziyaan managed to collect merely Rs 2.10 crore. However, the film witnessed slight growth over the weekend as it collected Rs 5.11 crore and Rs 5.70 crore on Saturday and Sunday respectively.

Here is the box office report of Manmarziyaan so far.

Manmarziyaan released alongside Mitron and Love Sonia but none of the films could make a mark at the box office. "Mitron will collect a little over 3.25 crore nett in its first week but that will be it for the film as occupancy is very low on the weekdays and it will be very limited screens in the second week," Box Office India reported.

Meanwhile, in his review for NDTV, film critic Saibal Chatterjee gave Manmarziyaan 3 stars out of 5. "Manmarziyaan is a film that is likely to sweep you along as it goes down its lazy, loopy path in search of happiness for its endearing heroine. You will her on to settle down, but on her own terms. Yet you leave Manmarziyaan with the feeling that neither of the two men in her orbit deserve her," he wrote.