Manisha Koirala Picks Two Actresses To Headline Her Biopic, If Ever Made

Manisha Koirala is currently gearing up for the release of Sanju, where the actress plays the role of Nargis Dutt 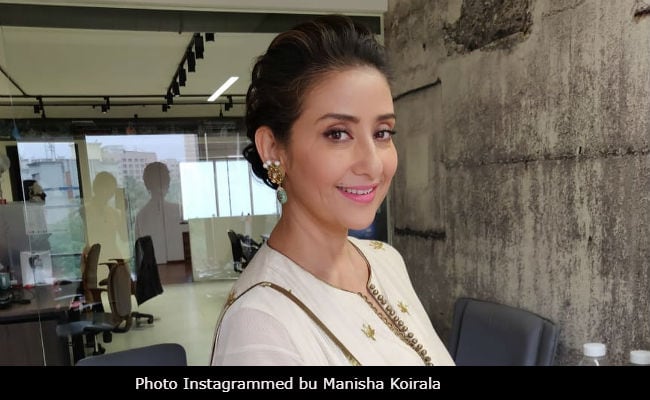 Manisha Koirala will next be seen in Prasthaanam

Manisha Koirala said that if a biopic is ever made on her life, she would prefer either Kangana Ranaut or Alia Bhatt to play her role on screen, news agency IANS reported. "I don't think any film will be made on my life, but if it's made, I think Alia Bhatt or Kangana Ranaut should play my character onscreen," IANS quoted the actress saying. Manisha Koirala is currently gearing for the release of Sanju, which is a biopic based on the life of Sanjay Dutt. The actress plays the role of Sanjay Dutt's mother Nargis Dutt in the Rajkumar Hirani-directed film, which also stars Ranbir Kapoor, Dia Mirza, Anushka Sharma and Vicky Kaushal.

Manisha Koirala, who is a cancer survivor, said she was "apprehensive" about playing Nargis Dutt's character in Sanju and she explained the reason to IANS. "I was actually apprehensive to play the character of Nargis Dutt as I didn't want to relive those memories. I also had no idea whether I will be able to relive that or not," the actress said. Nargis Dutt died after battling cancer in 1981.

Manisha Koirala was last seen in Netflix anthology Lust Stories, where she co-starred with Sanjay Kapoor and Jaideep Ahlawat. She featured in the segment directed by Dibakar Banerjee.

Promoted
Listen to the latest songs, only on JioSaavn.com
Meanwhile, she is also working on the Hindi remake of Telugu film Prasthaanam, which also stars Sanjay Dutt and Jackie Shroff. Sanjay Dutt is also producing the film, which will be directed by Deva Katta, who directed the Telugu version as well. Of working with Sanjay Dutt after a span of 10 years the actress said: "I am super-thrilled that I got opportunity to work with him again."