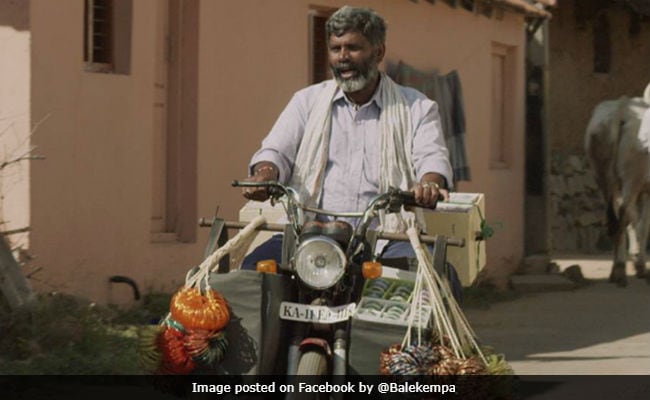 A still from Balekempa, which has been dropped from MAMI line-up. (Image courtesy: Facebook)

The producers of Balekempa, the directorial debut of Thithi co-writer Ere Gowda, Wednesday withdrew the film from the Jio MAMI Mumbai Film Festival after allegation of sexual harassment surfaced against the filmmaker. Mr Gowda has been accused of sexually harassing a woman, whose anonymous account was shared by her friend on Facebook. Zoo Entertainment, who have produced the film, expressed full support to the #MeToo movement and said they were withdrawing the film from all its festival commitments. Mr Gowda is yet to respond to the allegations.

"We, Zoo Entertainment, would like to offer our fullest support to #MeToo movement. We strongly believe in the equality of all people and wish to express our solidarity with #MeToo movement towards making our society a safer and better place. We note that the concerned person has chosen to remain anonymous. We understand that Mr Gowda is yet to give his statement regarding the allegation," read the statement, shared by MAMI organisers on their verified Twitter page.

"We find the allegation shocking, and are deeply disturbed and saddened. As the producers of Balekempa, directed by Ere Gowda, we feel a need to take decisive action regarding how we wish to take things forward with the film. As of now, we are withdrawing the film from all its festival commitments until we have further clarity on the facts," they added.

The producers of #Balekempa have withdrawn the film from the festival and have issued an official statement. The film will not screen at #JioMAMIWithStar2018. pic.twitter.com/lB5Tsw53q3

On Tuesday, the organisers of Dharamshala International Film Festival dropped the Kannada language film from their line-up.

"Dharamshala International Film Festival is committed to creating a safe, welcoming and inclusive space. The festival has a zero tolerance policy towards abuse, harassment, assault and intimidation. The film, Balekempa, directed by Era Gowda, was announced as DIFF's closing night film. Following the allegation of sexual harassment against Ere Gowda, DIFF will not screen Balekempa and Ere Gowde will not be participating in the festival in any way," the statement said.