When In Portugal, Travel Like Malavika Mohanan. See Pics 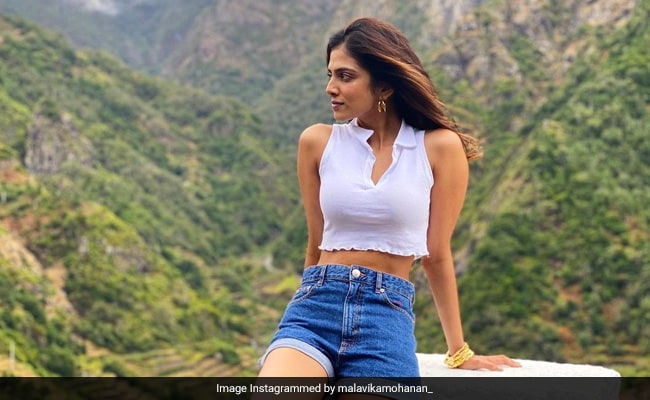 Actress Malavika Mohanan is making the most of her Portugal trip. The hills and iconic seashores have trapped her heart. How do we know? Courtesy: Malavika's social media timeline. She shared glimpses from her time on Instagram. The actress is giving us major holiday goals with her snapshots. The first photo shows Malavika standing in a sporty shirt and a pair of denim shorts. Behind her, we see an expanse of green hills and valleys. We can't lift our eyes off this photo, to say the least. Later, Malavika takes us with her to watch dreamy seas and shorelines from a bird's eye view. We are also stunned by the vast blue skies dotted with fluffy clouds. To see Malavika amidst this picturesque scene is all the more delightful. Her caption read, "Endless skies and endless sea." Actress Eesha Agarwal commented, "Beautiful pictures" with red and white heart emojis.

Malavika Mohanan's posts often bring a smile to our faces. It gets more charming than usual in this cute set of photos where she smiles her way through the day. Reason? Her pair of socks, which have her favourite comics character printed on them. In the caption, Malavika wrote, "How can I not be smiley when there's Snoopy on my feet?"

The actress floored us with this post. In the photos, Malavika Mohanan recreates veteran actress Rekha's iconic look from the 1981 film Silsila. Malvika pinned the look with her breezy salwar suit, her loose tresses and a bunch of red roses in her hands. Curious to know what we are talking about? Here are her photos:

Malavika Mohanan had a blast during the Onam festivals this year. Her Instagram posts are proof. What grabbed our eyeballs was the presence of Bollywood actor Vicky Kaushal at the celebrations. The album also consists of family photos, good food, flower decorations for the festival and lots of fun. "Childhood friends, family, yummy food and lots of laughter. Best way to spend Onam," Malavika wrote.

Malavika Mohanan made a mark in the industry with Majid Majidi's Beyond the Clouds. She is also known for her roles in Master and Petta, which also featured Rajinikanth. Malavika will be next seen in Maaran, alongside Dhanush.