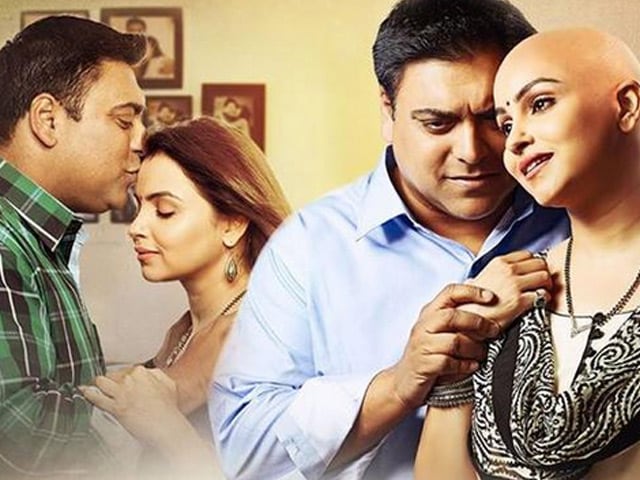 New Delhi: Filmmaker Mahesh Bhatt, who was in the capital on March 18 to promote the forthcoming TV show Dil Ki Baatein, which talks about euthanasia, said that the show will promote a zest for life among the people. The show stars Ram Kapoor and Gurdeep Kohli in lead roles.

"Dil Ki Baatein Dil Hi Jane celebrates life because there is death, and thank god there is death because (otherwise) people won't realise what life is all about. It is about a zest towards life," Mr Bhatt, who has penned the show's concept, said here. (Also Read: Ram Kapoor's Acting Skills Enough to Move Viewers to Tears, Says Mahesh Bhatt)

The filmmaker said the show "has been made passionately because it comes from an area of my life where I've gone through such circumstances".

"It's possibly the most powerful autobiography and narratives that I've drawn out from my heart," he said, who was joined by Ram and the show's co-producers Guroudev Bhalla and Dhaval Gada at a press conference.

Talking about what aspect of his life the show highlights, the Arth director said: "It comes from a very intense relationship that I had with this man named UG Krishnamurti, who was my friend, guide and philosopher. Whatever I am is based on the backdrop of my understanding that I had towards him."

"In March 2007 (when Krishnamurti died), I had to go through this very painful process of making a decision, similar to what the character (in the show) does - how do you go about executing the desire of the person who you love the most, when that person says allow me to make an exit from the world, what will you do then? Will you allow him to go or do you and your own selfishness will block his way?" he said.

The story of the show - loosely based on Mr Bhatt's 1989 film Daddy - revolves around Ram (played by Ram himself), who wants to rescue his terminally ill wife Anandita (played by Gurdeep) and how he and his children try to bring her back into their lives.

Talking about his character, Ram said, "I'm very privileged and honoured to be a part of this project. I know it's going to take a lot from me because I'm an actor who likes to connect to his roles and feel them intentionally."

Ram said he didn't do any preparations for his role in the show. "I' a married man too. I also have two children. I connected to my role quickly. What I thought is that I'll try and connect Ram (the character) to my real life. Whenever I was performing in front of the camera, I was not thinking about my reel family. I was looking at my real family. When I saw her (Gurdeep) on the death bed, my eyes were full of tears because in my mind it was my real wife Gautami. That's what connected me well to my character. He is very close to me," he added.

Promoted
Listen to the latest songs, only on JioSaavn.com
Apart from Ram and Gurdeep, Dil Ki Baatein, which will be aired on March 23 on Sony Entertainment Television, will also star Mahima Makhwana, Ratna Shinde and Pankaj Dheer.

The show is likely to bring freshness in the TV world. "We want to redefine the kind of stories that are currently aired on television. TV usually shows saas bahu shows and kitchen politics, but with a show of this kind, we want to rewrite the root of television industry," said producer Guroudev Bhalla.