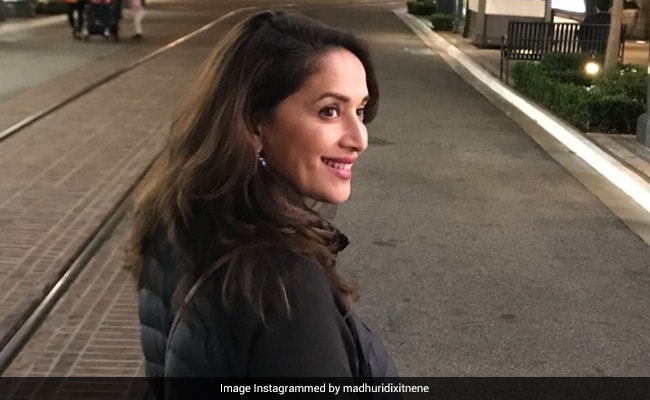 Actress Madhuri Dixit, on Tuesday, went down memory lane and recalled the pre-Covid times when she could roam the streets "freely." How we know this? Courtesy, the actress' recent Instagram post. Madhuri Dixit shared a throwback picture on Instagram. The picture features her standing in the middle of a street. The picture looks like it was clicked during winters as Madhuri can be seen dressed in a black jacket. Sharing the picture on Instagram, she reminisced the old times and wrote: "When roaming the streets freely was a vibe in itself. The road less travelled." Many fans of the actress commented on her post. Most of them dropped heart and fire emojis in the comments section.

On Sunday, Madhuri dedicated a special Instagram post to her mother Snehlata Dixit on her birthday. She shared a video reel featuring some solo pictures of her mother and some pictures of herself and her mother. "My source of inspiration and my strength through all the ups and downs... Words fall short to express what you mean to me and our family. Happy Birthday aai," Madhuri wrote in the caption of the post. The post received a lot of comments from celebrities who wished Madhuri's mother in the comments section.

Madhuri is quite active on social media, and she keeps sharing some of her most stunning pictures on Instagram. Here are some of these pictures: