"Keeping me in utter awe and in love all these years," wrote Madhavan 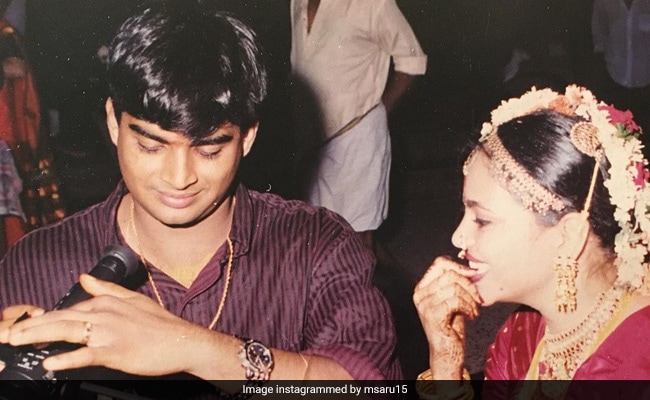 Madhavan and his wife Sarita Birje never fail to give us couple goals. On Sunday, the couple celebrate their 22nd anniversary. They wished each other with adorable pictures. Madhavan posted a recent picture with Sarita on his Instagram story and he wrote: "Keeping me in utter awe and in love all these years. Happy anniversary Pondati. To many, many more ahead." Meanwhile, Sarita posted a throwback and a relatively recent one on her Instagram post and she wrote in her caption: "It's been 22 years and you still bring out the child in me. Happy anniversary honey. Love you loads." Madhavan and Sarita Birje got married in the year 1999. The couple are parents to a 14-year-old son named Vedaant.

See the pictures shared by the couple here:

In terms of work, Madhavan will next be seen in Rocketry: The Nambi Effect, the trailer of which trended big time on social media. The actor was last seen in Maara, which is the Tamil remake of Malayalam film Charlie. The film released on streaming platform Amazon Prime Video. Last year, he also starred in the thriller Nishabdham, co-starring Anushka Shetty. It is streaming on OTT platform Amazon Prime Video.