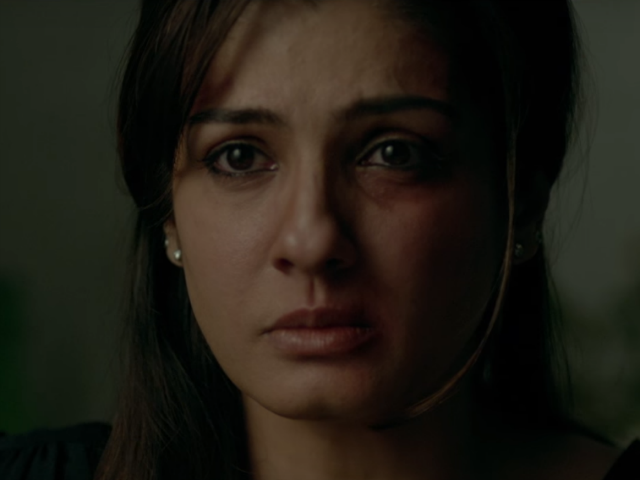 Maatr A still from the trailer

New Delhi: The trailer of Raveena Tandon's upcoming film Maatr has been released and it is both intriguing and intense. The film, which marks Raveena Tandon's comeback to the big screen after two years, has been directed by Ashtar Sayyed and written by Michael Pellico. In the two and a half minute clip shared by the makers of the film on YouTube, the 42-year-old actress can be seen taking the law in her own hands and fighting for justice after her daughter's life is destroyed by criminals. Raveena's husband tries to persuade her to move on from past the incident. However, she proceeds to file a complaint, after which her husband is beaten up and forced to take back the charges. The trailer highlights the failure of the judiciary and the society to deliver justice in crimes against women. The end of the clip gives you goosebumps as it reads: "While you were watching this trailer, a girl was raped somewhere in the country.'

Watch the trailer of Maatr here:

Promoted
Listen to the latest songs, only on JioSaavn.com
Raveena Tandon last featured in a cameo appearance in the 2015 movie Bombay Velvet, directed by Anurag Kashyap. The film featured Ranbir Kapoor and Anuskha Sharma in lead roles.