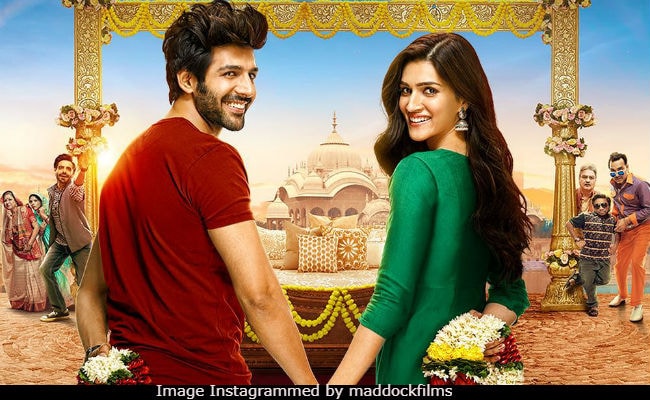 A contrived comedy about issues that are anything but funny - the pros and cons of live-in relationships, the role of oppressive conservatism in the lives of young people, and the scourge of moral policing and political expediency - Luka Chuppi, cinematographer-director Laxman Utekar's first Hindi film, plays hide-and-seek with logic and often loses its way. The outcome, without being a total washout, is an unpersuasive romp that falters frequently owing to the superficiality of the central premise and the facile nature of the treatment of a serious theme crying out for more informed satire than scattershot humour.

Lead actors Kartik Aaryan and Kriti Sanon are saddled with the onerous task of breathing life into situations that border on the bizarre. They give it their best shot. But that is hardly enough to drag a well-intentioned film about a small-town couple whose live-in dalliance triggers a series of false moves - aborted marriage attempts, to be precise - that puts the girl's politician-father on a collision course with the boy's extended family.

Aaryan plays a happy-go-lucky Guddu Shukla, the star of a Mathura cable news channel. The character is described by somebody as a "one-take kalakaar" - an allusion probably to the actor's career-defining Pyaar Ka Punchnama monologue.

Guddu's cameraman and best pal is Abbas Sheikh, played with flair by Aparshakti Khurana. The latter's sporadic appearances all through the film generate a degree of mirth, as does Pankaj Tripathi's game efforts to rise above the grossly underwritten role of Guddu's nosey brother-in-law Babulal. Tripathi provides the film's brighter moments, but you cannot help feeling that this outing does no justice to his incredible comic timing. 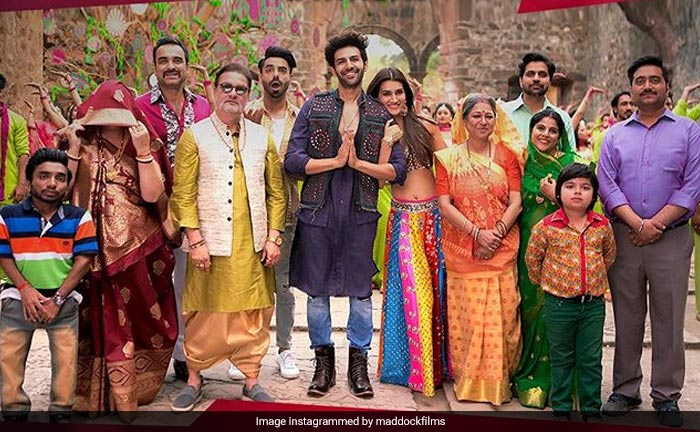 To return to the plot, Guddu's life takes a dramatic turn when Rashmi Trivedi (Sanon), an intern who has just returned to Mathura with a degree in electronic media journalism, refuses to accept his proposal for marriage and instead suggests that they live in for a while before making the final call.

This decision by the pair is presented in the light of what has transpired in the opening moments of Luka Chuppi. A popular movie star Nazeem Khan has stirred a massive controversy over his live-in relationship. Self-appointed guardians of morality from an organization called Sanskriti Raksha Manch, led by Rashni's father Vishnu Prasad Trivedi (Vinay Pathak), have gone on the rampage, attacking young couples and blackening their faces. But Rashmi isn't cowed down.

The romance between Guddu and Rashmi is presented in a slapdash manner. They begin asking each other personal questions as the star reporter and the tyro scour the town to record the opinion of the hoi-polloi on the matter of live-in relationships. One old widow inadvertently plants an idea in Rashmi's mind. It would have been great, the woman says, if I had the luxury of living with my husband-to-be before marriage. I would then have found out that he was a drunkard and bailed out, she adds.

Rashmi takes the widow's sage advice more seriously than is good for her, forcing Guddu's hands to such an extent that he agrees to give the idea a chance. So, on the pretext of a long outstation reporting assignment, he and Rashmi drive down to Gwalior, Abbas in tow. Before they set out, the conventional Hindi movie bidaai song is given a gender-reversed spin, with Guddu bidding his family members an emotional goodbye one by one.

The love nest is soon discovered by Babulal and the entire Shukla clan turns up in the house to check out what's up. Rashmi and Guddu pretend that they are married. Guddu's mom (Alka Amin) turns hysterical, his unmarried elder brother is crestfallen, and his father (Atul Srivastava) is confused out his wits.

Convinced that his daughter is a now a married woman, Rashmi's father is left with no option but to accept Guddu as his son-in-law. For the couple, however, a real wedding is still due and the rest of the film is about how they go about finding a way of get the stamp of religious sanction on their liaison. The resultant misadventures are predictable - every time they try to marry, Guddu finds himself at the receiving end of disapproval from his own family. 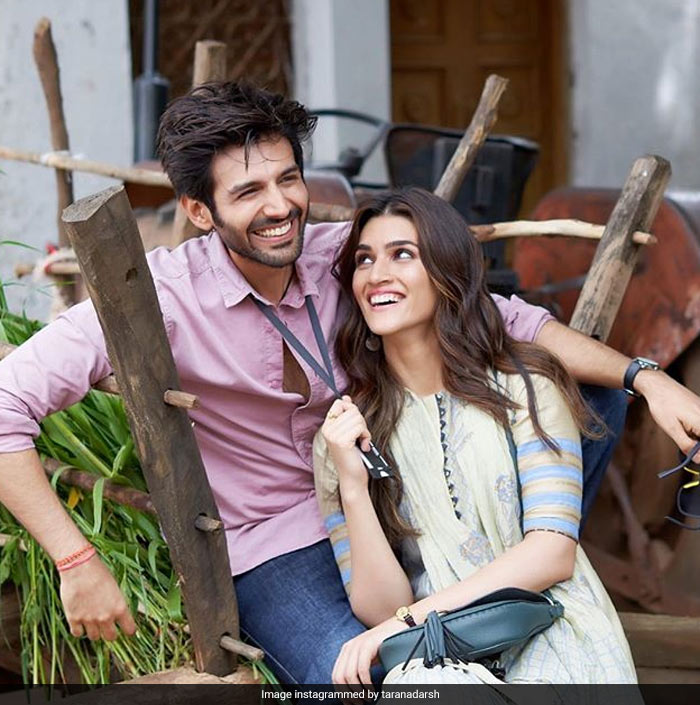 Luka Chuppi, to be fair, wears a progressive veneer. It is the heroine who always seems to make the first move although once the couple's live-in hideout is exposed and the two lovers return home the girl seems to lose a bit of agency as she succumbs to the pressure to conform to societal rules, defying the very purpose of her subversive act. That apart, the presence of a selfless Muslim best friend who is always ready to help might have added genuine value to the script had he not been only a sidekick whose identity is no more than just a plot detail to be employed at convenient junctures.

The film does well to call out the moral police, the flag-bearers of sanskriti. Yeh dharm nahi hai, mudda hai chunaav ke liye (This isn't about religion, it is an electoral issue, the hero says when he is pushed to the wall. That may be a daring statement to make in the present climate, but the impact of the assertion might have been far greater had the depredations of the religious vigilantes not been jettisoned to the background once the comic love story takes centrestage.

Luka Chuppi isn't without its moments, but its downside overwhelms its strengths by a big margin. It offers shallow entertainment at best. Watch the film only if that is good enough for you.