Loveyatri: 'To Debut In A Film Produced By Salman Khan Feels Like A Dream,' Says Warina Hussain 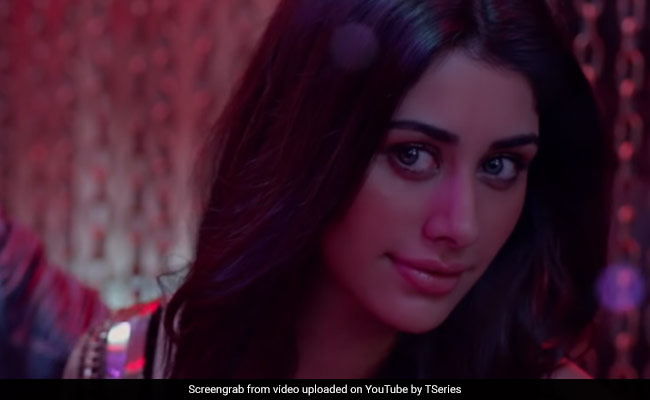 Warina Hussain in a still from Loveyatri (Courtesy YouTube)

For Warina Hussain, debuting in a film produced by Salman Khan "feels like a dream", the actress told news agency PTI. Warina, who is making her Bollywood debut in Loveyatri opposite Salman Khan's brother-in-law Aayush Sharma, said that she is "grateful" to the actor for the opportunity. "To make a debut in a film produced by Salman Khan is surreal. The bigger the project, the more responsibility you have and I am aware of it. I am so grateful to him, this still feels like a dream," PTI quoted the actress as saying. Warina was all praises for Salman Khan and revealed that he is her "real-life hero". "He was so nice. He is always very positive about everything. He has been so supportive of me throughout. He is a real-life hero for me. My life totally changed because of him. Despite me coming from a very different background, he gave me this huge break," Warina added.

Warina Hussain, who hails from Afghanistan, came to India six years ago. The actress revealed that before being part of Loveyatri she had to face a couple of rejections. "It is difficult to bag a project. There is so much competition, you end up questioning your craft. I have faced rejections for a couple of films. When I started out I was not comfortable in speaking Hindi. I was almost on board for a film but the project never took off," Warina told PTI.

Aayush Sharma is also making his Bollywood debut with Loveyatri. Loveyatri is a romantic drama, which stars Warina Hussain as Aayush's love interest. The film is set in the backdrop of Navratri and also features Ronit Roy and Ram Kapoor in pivotal roles.

Salman in an interview to news agency IANS revealed why he chose to produce Loveyatri: "Love is supreme and ultimate. You love your family, girlfriend, wife, brother, sister and friends, and sometimes we fight with them. But during festival times or at a time when the person needs you emotionally or in bad times like illness or accident, everyone comes back and stands together and forgets all the enmity. That's how I thought of making a film with festive background."