Lootcase Movie Review: Kunal Kemmu is relatable as a man next door. Rasika Dugal is flawless as the feckless homemaker who harangues her husband for failing to bring home enough dough. The actors - we mean all the actors, including the tertiary ones - seem to be having a blast in Lootcase, helmed by debutant Rajesh Krishnan, but the film, despite showing early potential, turns out to be a missed opportunity. Streaming now on Disney Hotstar, the crime caper starts on an encouragingly firm footing, stays on course for about an hour or so, and then loses steam and careens off into an uneven, unexciting lane from where there is no escape.

The hero of Lootcase, Nandan Kumar (Kunal Kemmu), a blue-collared worker, is a quintessential common man caught between his limited means and his unlimited needs. His son Aayush's (Aryan Prajapati) demands never end and his wife Lata (Rasika Dugal) has to reckon with running a home that is always low on supplies.

On his way back from work one night, the harried Nandan sees his life take a dramatic turn - he thinks it's for the better, turns out it's not. He stumbles upon a bright-red strolley bag full of wads of 2000-rupee notes. Thrown off at first, he decides to keep the bag - and all the troubles that come with it.

Unbeknownst to him, the suitcase belongs to a manipulative politician, Patil (Gajraj Rao), and is destined for the address of another malfeasant politician. Before it landed up outside a public urinal on a street named Pipe Road, it was in the care of two small-time gangsters who owe a debt to the first-named politician and are forced to run the risky errand for him. 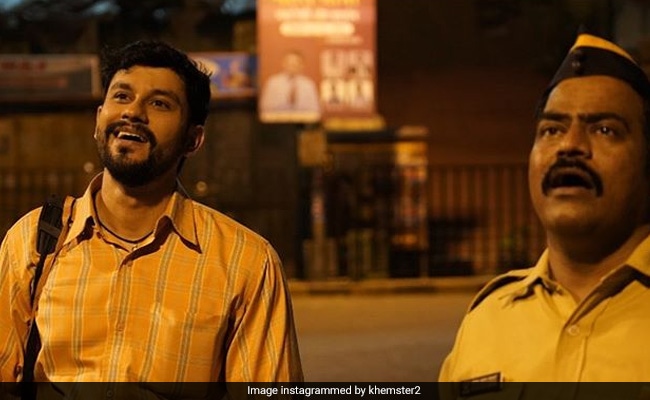 A big bust-up queers the pitch. The criminal couriers are waylaid by the henchmen of a mafia don Bala Rathod (Vijay Raaz), a shootout ensues, and the cops arrive. In the melee, the suitcase is dumped on the side of the road - that is where our Everyman finds.

Nandan takes the suitcase home - which is located in a lower middle- class Mumbai chawl - and even thinks up a name for it, Anand Petikar, in the fond hope that from now on his life will be an unending joyride. But he has to hide the stash from his wife, who, despite the family's continuing privation and her constant peeve that her husband gives away too much of his hard-earned money to his elder sister (a character who we never see but hear of frequently), abhors dishonesty of any kind.

On the face of it, the money makes life infinitely easier for Nandan. He can now keep his nagging son Aayush happy by plying him with material gifts, trips to the mall and sumptuous Chinese meals. His wife, too, has no reason to complain although she doesn't have the foggiest notion why their life has begun to look up.

One part of the story focuses on Nandan's attempts to keep the suitcase and its contents a secret, the other revolves around the politician's attempts to recover his lost money. Both yield some comicality, but the former strays into the terrain of domestic strife without quite finding the sweet spot. The acting, as has already been pointed out, is first-rate. The writing is spotty, funny in parts, not so effective in others. 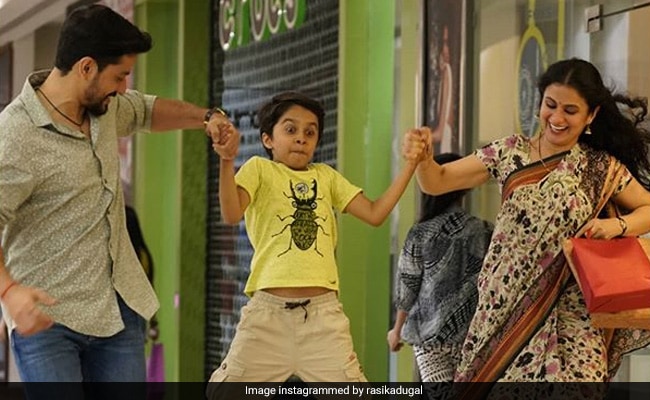 To return to the plot, the politician deploys a rogue cop Madhav Kolte (Ranvir Shorey) to locate the missing suitcase by hook or by crook. With the policeman jumping into the fray, it is only a matter of time before Nandan's stroke of luck turns into a millstone around his neck.

Bala Rathod, played with customary aplomb by Vijay Raaz, is as amusing a character any you will ever encounter in an action comedy. He would have pulled off miracles in a more inspired film. Even here, Raaz manages to make the man do minor wonders.

Bala draws inspiration from the world of animals that he watches obsessively on Nat Geo. It is a jungle out there, he says of the Mumbai underworld that he inhabits, and nothing makes more sense than learning the tricks of survival from the creatures of the wild.

He insists that his two bumbling henchmen, Rajan (Nnilesh Divekar) and Graduate (Aakash Dabade), subscribe to the channel and keep abreast of the invaluable knowledge of wildlife that it disseminates. Their tardiness in doing so incenses Bala Rathod no end. But that isn't central to the story.

The desperation of Patil, who is turned into a delightfully vivid figure by Gajraj Rao, is. And so are the ways of the crooked Kolte, who operates out of an abandoned bookstore but isn't remotely interested in the treasure trove stocked there. With such oddballs on the loose, you expect Lootcase to turn into a no-holds-barred, madcap chase. No such luck.

It does become an insane chase all right in the finale, but the initial sense of purpose - predicated on the clash between Nandan's innocent optimism and the underworld's ruthless cynicism - dissipates as the screenplay looks in vain for gags that could make the most of the promise of the premise.

The film fails to cash in. The actors don't. Kemmu, as the well-meaning ordinary man who succumbs to greed and plunges into confusion, is relatable as a man next door. Rasika Dugal is flawless as the feckless homemaker who constantly harangues her husband for failing to bring home enough dough.

The three principal supporting actors - Vijay Raaz, Gajraj Rao and Ranvir Shorey - are an absolute hoot. Lootcase passes muster as long as one of them is on the screen. They are in supreme control as they lend a sparkle to the film that the script is unable to fully capitalize on.

Lootcase, as must be obvious by now to anybody who has come this far into the review, is a film that doesn't fully deserve the assemblage of fine actors that it has at its disposal. But for simply getting Vijay Raaz and Gajraj Rao into the same frame, it deserves one star more - half each for the two actors - than it otherwise would have.