Other celebrities from the television industry such as Chetan Hansraj, Shenaz Treasury and Sushant Singh also attended Kushal Punjabi's funeral 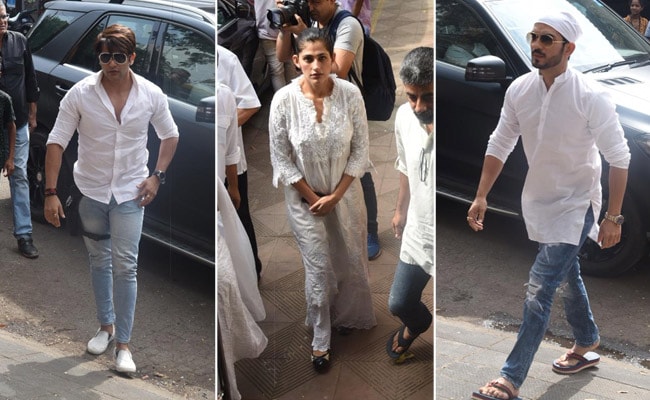 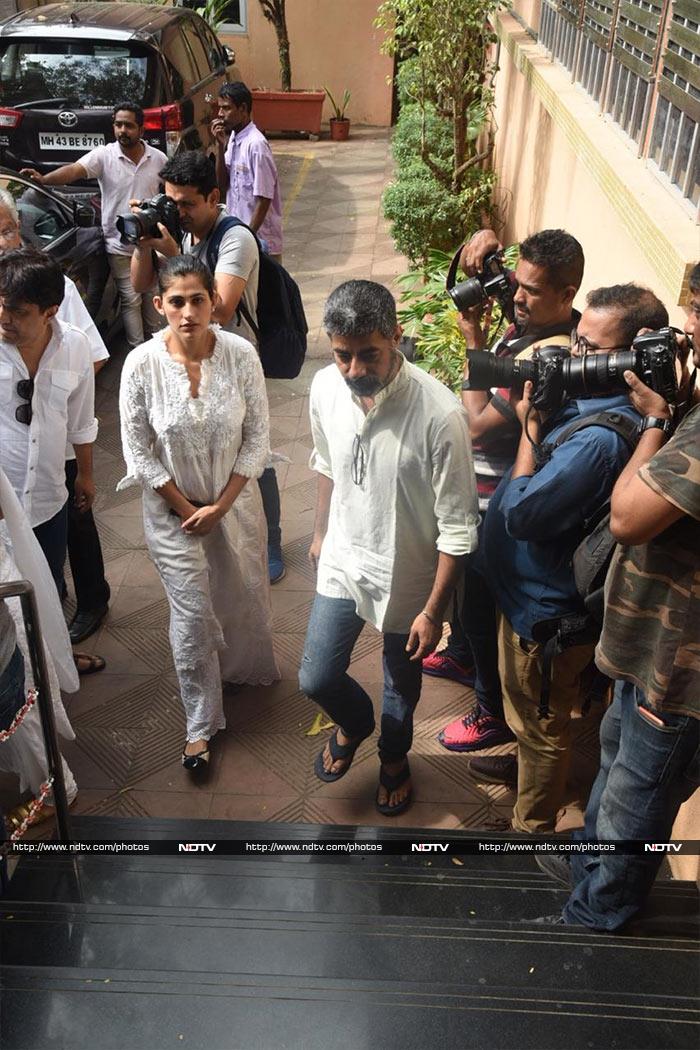 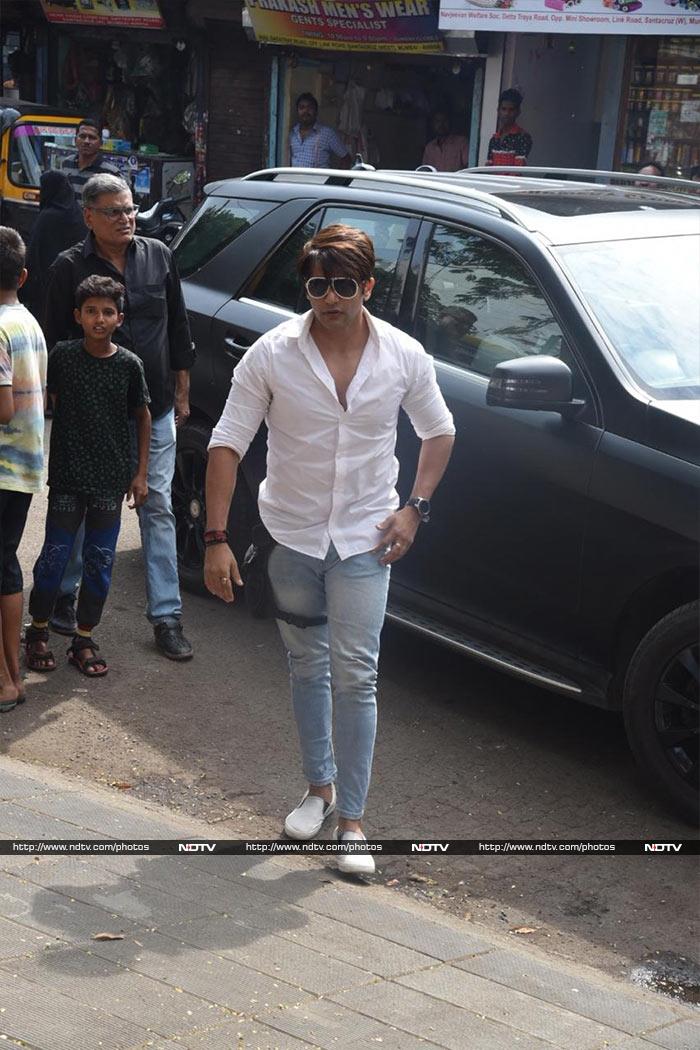 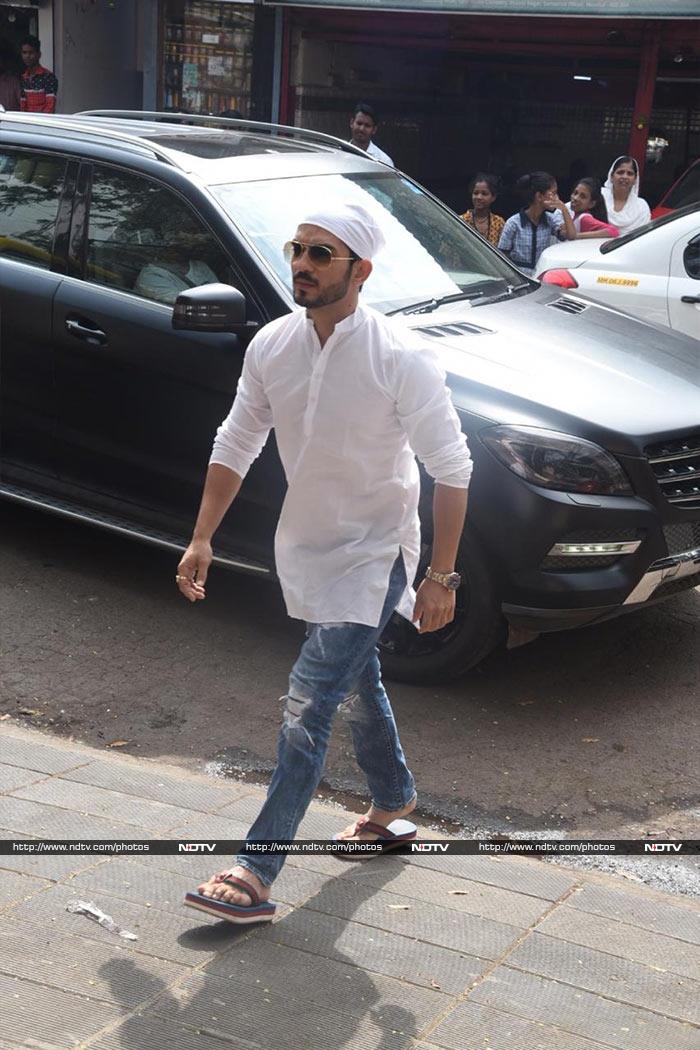 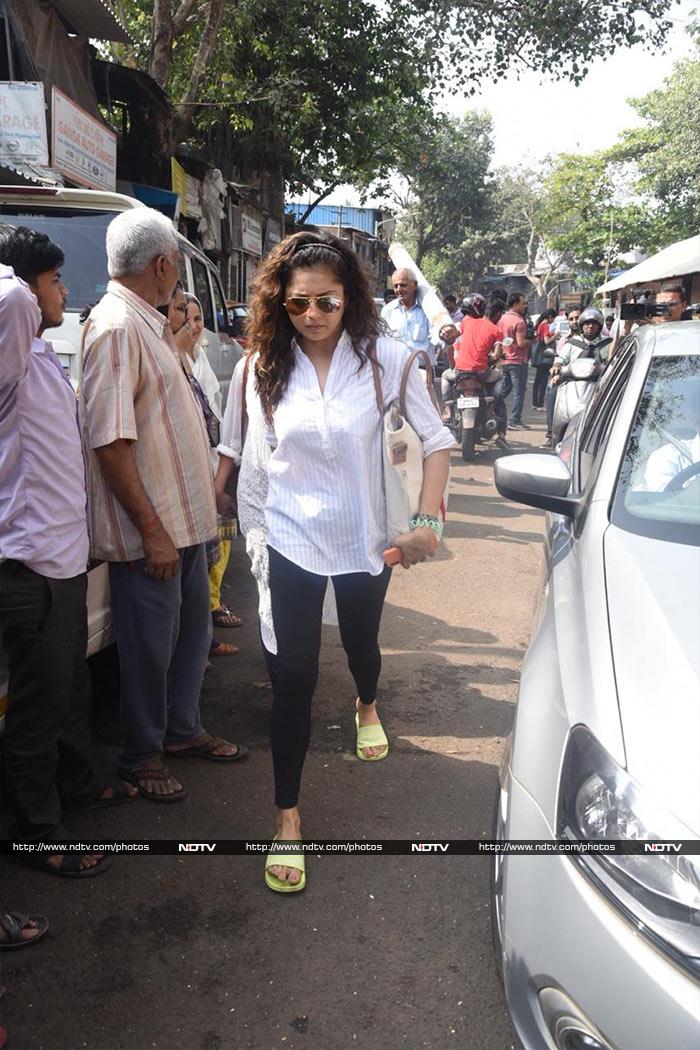 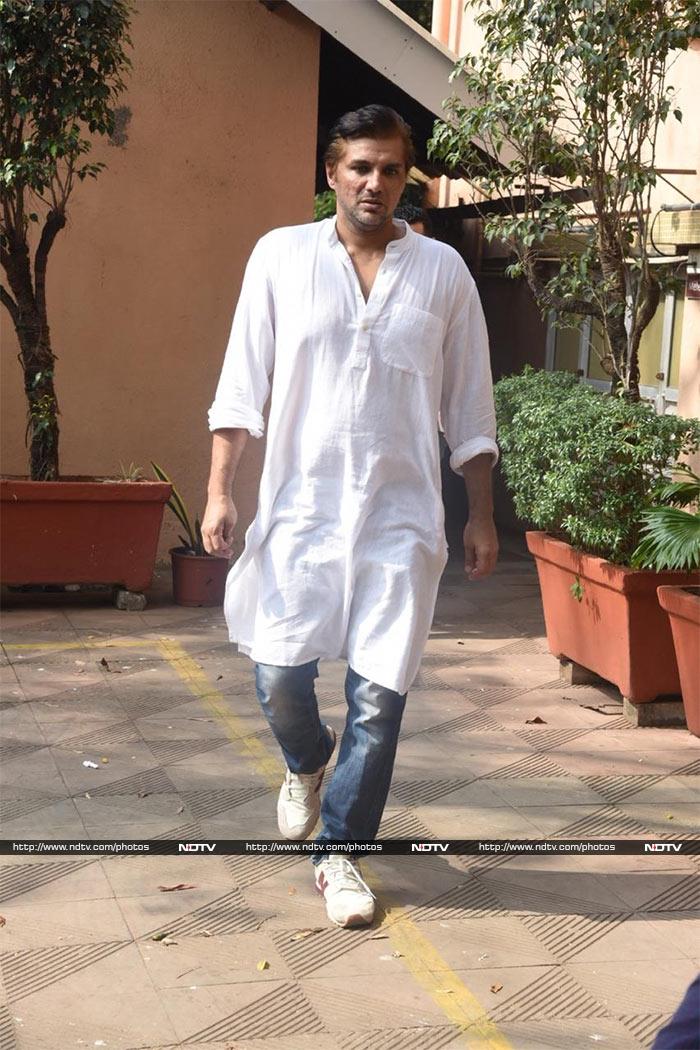 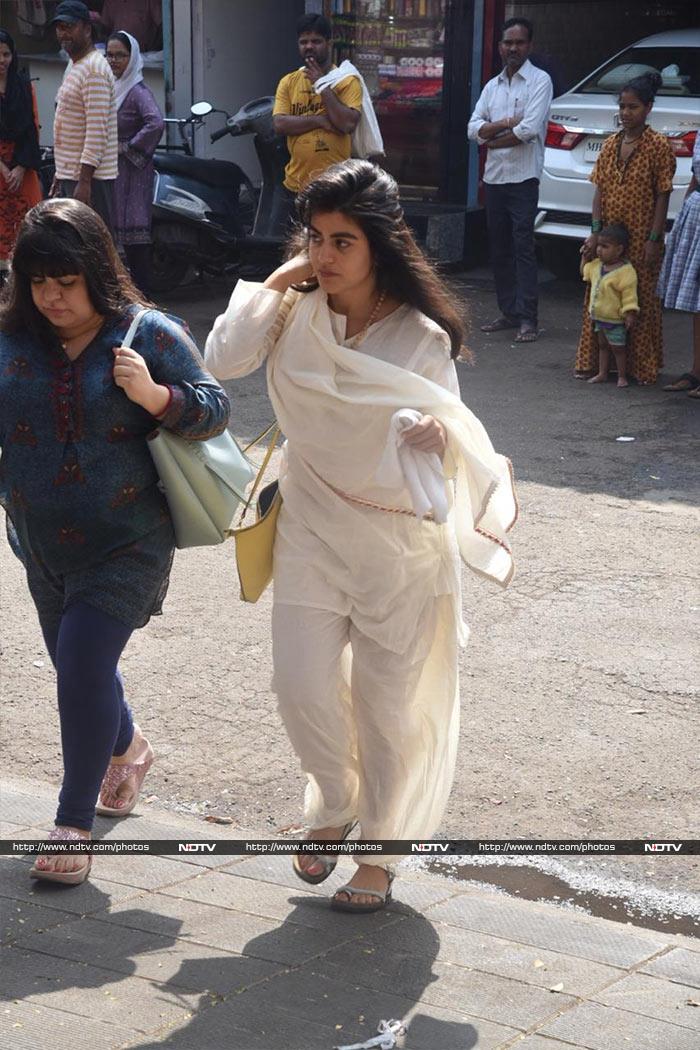 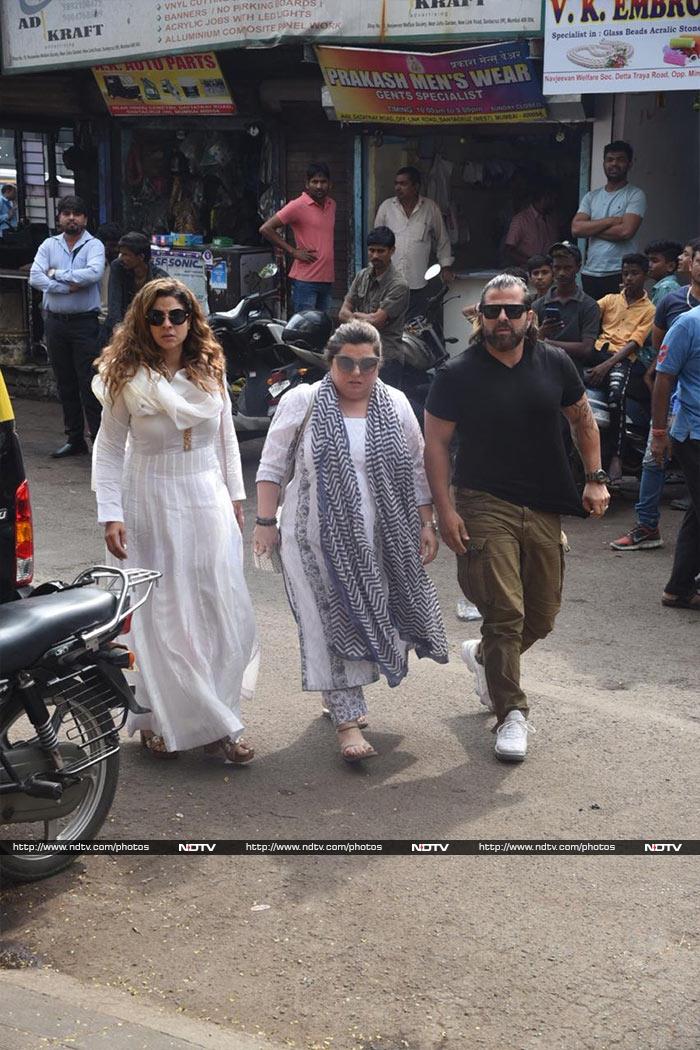 Bakhtiyar Irani arrived with his wife Tanaaz and sister Delnaaz. 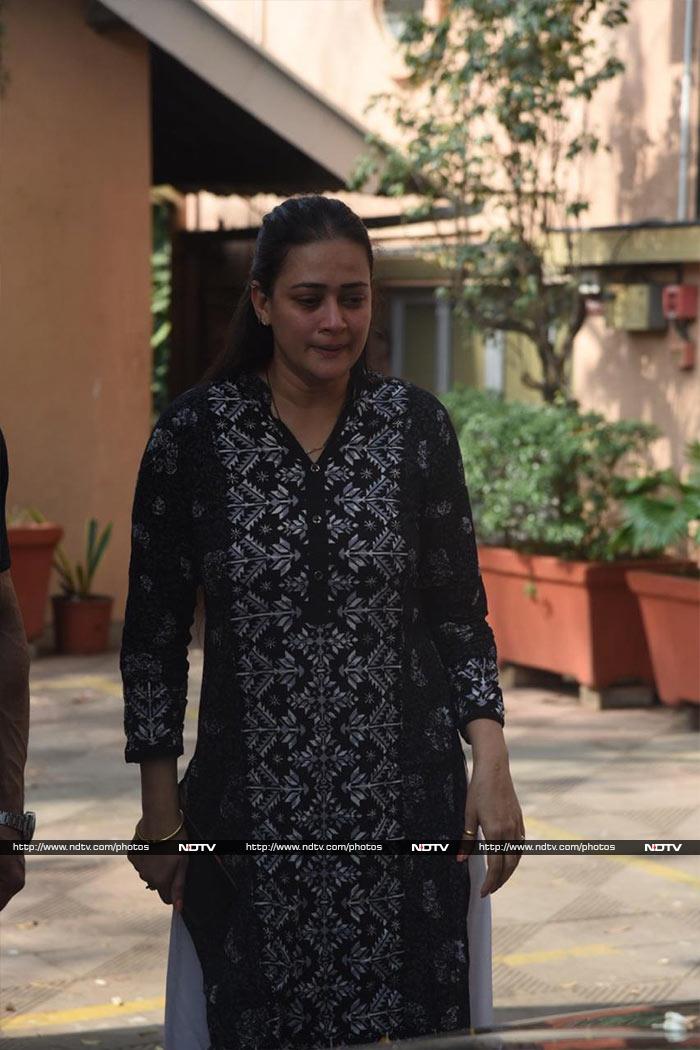 Jasveer Kaur got emotional at the funeral. 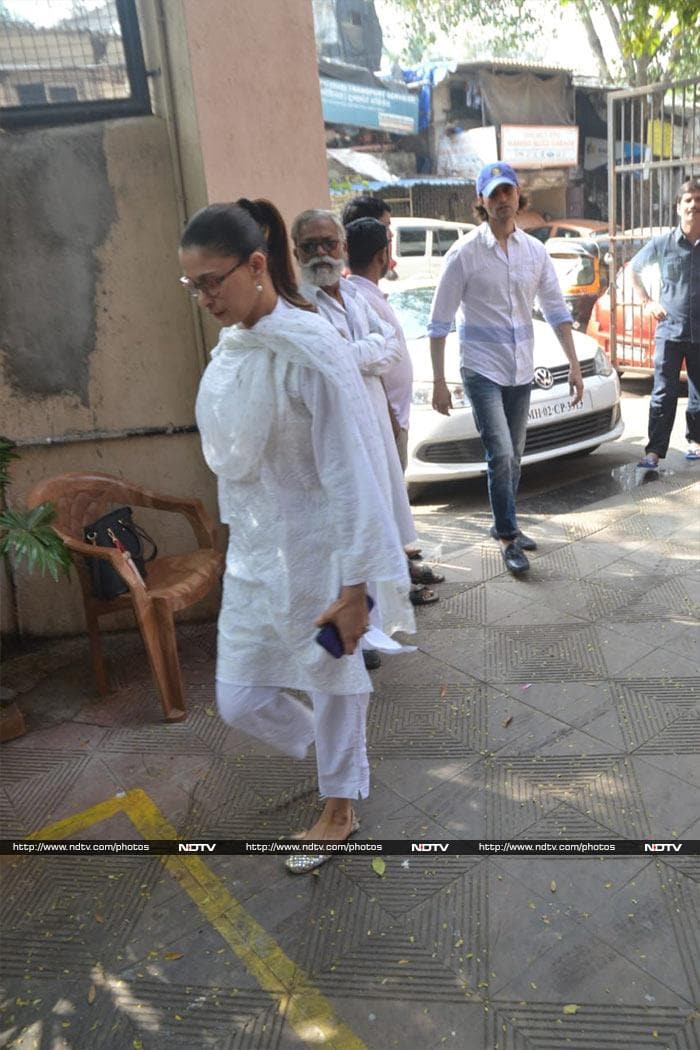 Shilpa Saklani and her husband Apurva Agnihotri were also there. 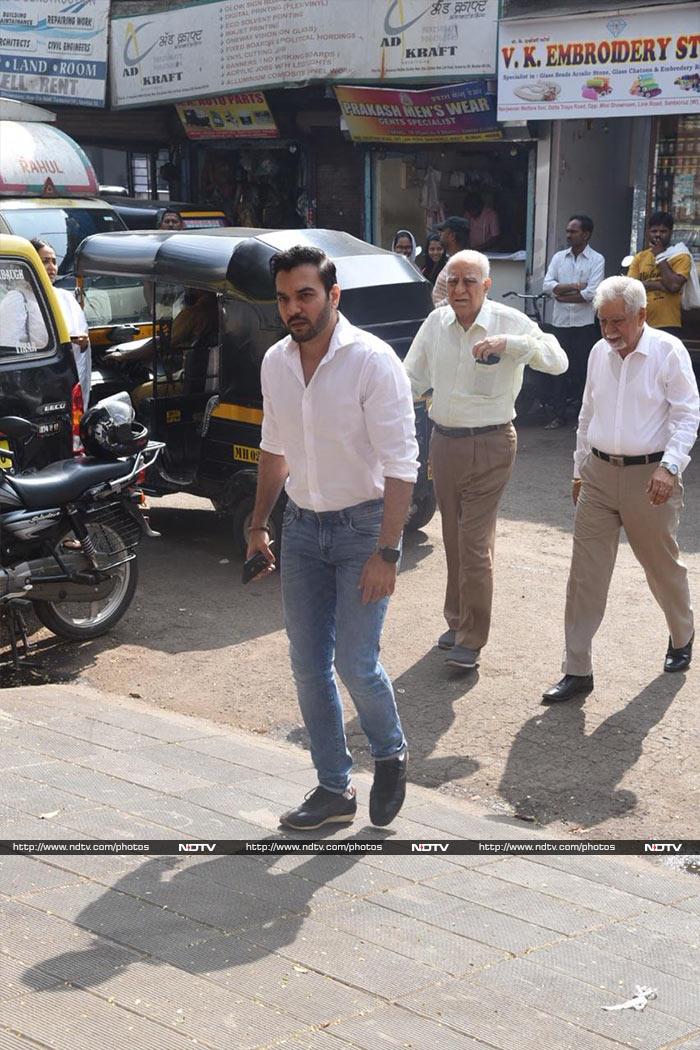 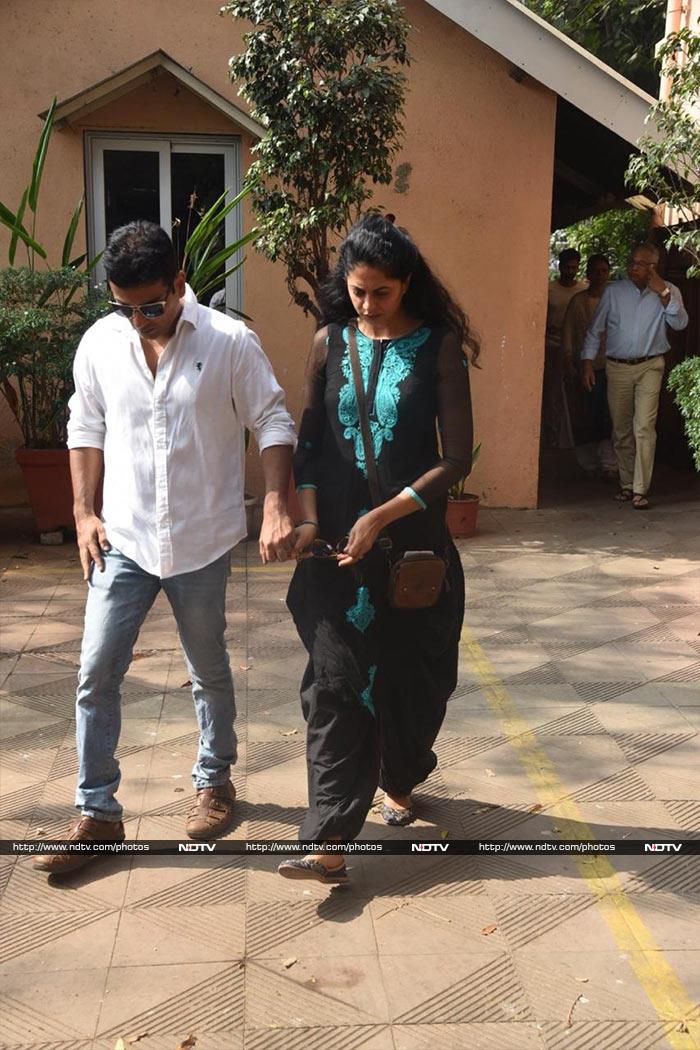 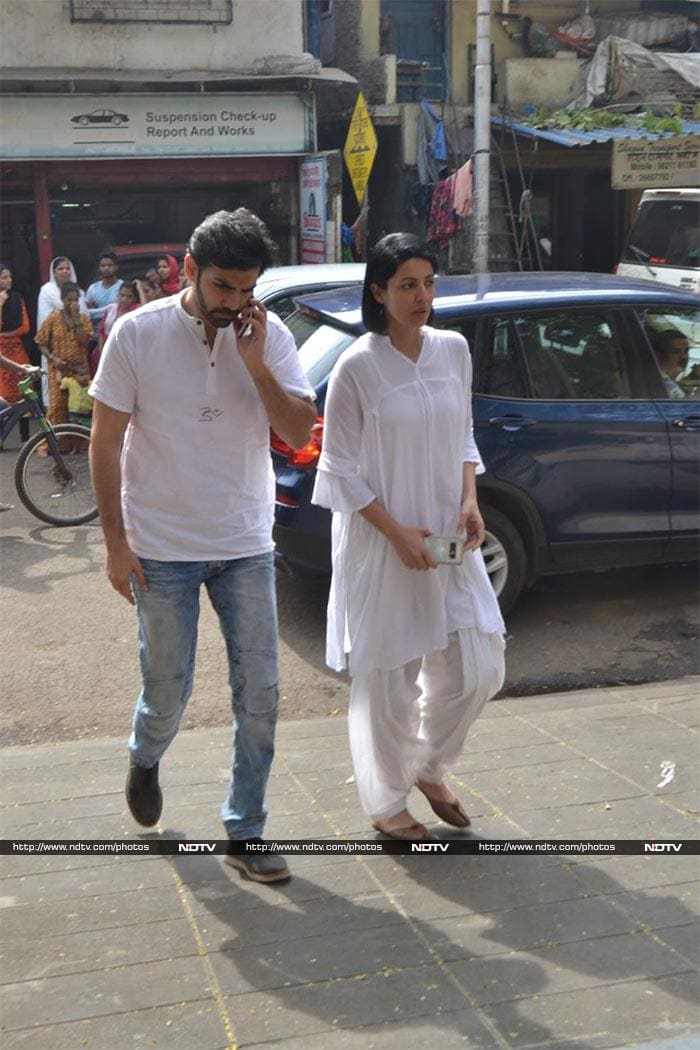 Karan Grover and his wife Poppy Jabbal at the funeral.

Kushal Punjabi, who starred in films like Lakshya and Kaal, was found dead at his Pali Hill home on Friday. The actor was found hanging and the police also found a suicide note, reported news agency ANI. His friends and colleagues from the industry, such as actors Farhan Akhtar, John Abraham, Ranvir Shorey, filmmaker Kunal Kohli, Hazel Keech, Tusshar Kapoor, Karanvir Bohra, Karan Patel and Dalljiet Kaur expressed their grief and shock on social media.

Shocked and saddened to hear of Kushal Punjabi taking his own life. Have fond memories of working with him on Lakshya and witnessing him kick everyone's behind at boot camp. You will be missed brother.
Condolences to the family.

I have known Kushal Punjabi since he was a kid. He was always an all rounder, a rare mix of talent and hard work. His commitment and dedication were an inspiration to everyone around him. I'm very sad that he's gone. I'm even sadder that he gave up. RIP.

Absolutely shocked to hear about #KushalPunjabi met him a few days ago at a play I'd gone to watch. What goes on inside someone's mind, the pressures we deal with, no one else can know. Prayers & Strength to the family in these hard times.

Shocked and saddened to wake up to the news of the demise of actor @PunjabiKushal Had recently shot with him for a forthcoming film! RIP #kushal

Ur demise has shocked the hell out of me.I'm still in denial @itsme_kushalpunjabi I know you are in a happier place, but this is unfathomable. The way you lead your life really inspired me in more ways than one....but what was I to know. Your zest for dancing, fitness, off-road biking, fatherhood and above all that, that smiling face of yours, your happy-go-lucky nature your warmth all that was so genuine. I'm gonna miss you so much #kushlani. You will always be rememberd as a guy who lived a full life. #dancingdaddy #fit #lifeenthusiast #biker #smilingface #onelifeliveitright #restinpeace #omnamoshivaya

RIP my brother. Guess Its true when they say, "The happiest Faces hide the Most saddened Hearts". Seeing Your spirit and zest for life, never in my wildest dreams would i have thought that you will bid your final goodbye to life in a way that will send a chill down our spines every time we think of you. @itsme_kushalpunjabi you will be missed forever. Hope and pray you are inna better place. . Still can't believe you're gone. Gone too soon.

This is how I remember u ... we spoke a few days back... u were excited about the circuit race ... u were happy to be fit .... u were as encouraging as always ... no one has ever posted a newspaper article like this showing the excitement like u always did... in the worst of my times u stood by me and held me tight .... u were always there kushal and I want u here forever .... I can't not call u anymore... I can't believe these people teling me this shit about u ... u were strong as hell and I know nothing could make u this weak... someone plzzzz tel me this is some stupid gimmick... tell me it's not true.... Kushal please call me and laugh about it ... please don't let anyone tell me u r not there anymore ... I refuse to believe it ..... I refuse to believe this ........ I love u kushal and u r in front of my eyes right now smiling and talking about ur son telling me how naughty he is... please someoneeee tel me this is not true!!!!

Why is it that it all comes down to one thing..... "being alive" Why the only thing left of someone who was full of life and full of stories is just a "memory" ...my heart is aching kushal that it will come down to reality today ... it will come down to ashes... I m not in the zone to believe this ... I don't want to see it... I m not going to! Yes typing this is venting out ... it used to be my diary in the 90s n now it's this... I don't know if I can say goodbye yet... I don't want to. I can't get ur face off my eyes... u r still smiling kushal ... u r smiling whereever u r ... n I know u will keep spreading the love that was in abundance ... in ur heart! I love u kushal and I always will.... I hate this feeing of moving on with our worldly commitments... I don't know what is the right thing to do anymore... what is the right way to feel this .... what is one supposed to do when u fee this heaviness in the heart?