Koffee With Karan 5: Salman Khan And Brothers Will Be On Episode 100 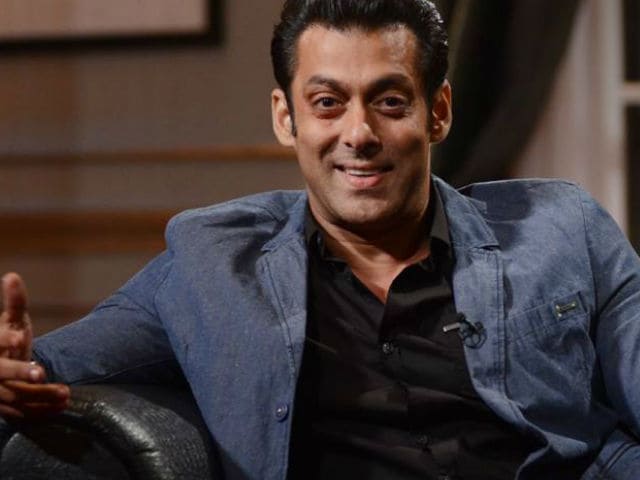 Koffee With Karan 5: Salman Khan in a still form the show's last season

New Delhi: Actor Salman Khan was the headline star on the last season of filmmaker Karan Johar's chat show Koffee With Karan and this year, he's been cast again in a very special role. Koffee With Karan, now in its fifth season, is soon going to be 100 not out and Salman, 50, will be the guest on the special hundredth episode. He won't be alone. Keeping Salman company on the Koffee couch will be his brothers Arbaaz and Sohail Khan, who regularly collaborate on films. This will be the first time Arbaaz and Sohail have been invited on the show. Salman and father Salim Khan opened season four of Koffee With Karan in 2013, considered a landmark moment in Bollywood dynamics/politics because the actor was then still daggers drawn with colleague Shah Rukh Khan, an old friend of Karan Johar's. Salman and SRK are good friends now but that's another story.

Salman posted a picture from the sets of the show, hashtagged #koffeecentury:

At Koffee with Karan shoot #koffeecentury

Karan Johar tweeted him a thank you note later:

Thank you so much Salman for coming on our 100th episode of #koffeewithkaran ....#koffeecentury.... https://t.co/e8lyGQMEaV

What can we expect from this special episode? Last time he was on the show, Salman Khan left even the glib Karan Johar gaping by solemnly declaring himself a virgin. This time, he has additional support in Arbaaz and Sohail - together, the Khans are not to be dismissed lightly.

Promoted
Listen to the latest songs, only on JioSaavn.com
Salman Khan was last seen in wrestling film Sultan. He is currently working on director Kabir Khan's Tubelight and will then film Tiger Zinda Hai, the sequel to Ek Tha Tiger, with Katrina Kaif. Sohail Khan last directed Freaky Ali and Arbaaz is filming Tera Intezaar with actress Sunny Leone.

Meanwhile, this Sunday's episode of Koffee With Karan 5stars actors Parineeti Chopra and Aditya Roy Kapur. Shahid Kapoor and wife Mira Rajput have also revealed they've shot an episode, though it's not clear when it airs.