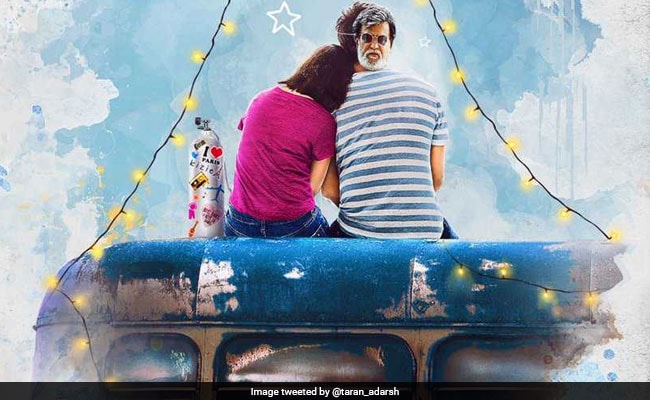 As Sushant Singh Rajput and Sanjana Sanghi kick-started shooting for the Hindi adaptation of John Green's The Fault In Our Stars, makers also dropped the first poster of the film, which has been titled Kizie Aur Manny. Mukesh Chhabra, who is debuting as a director with the film, shared the first look of Kizie Aur Manny on his Instagram handle and wrote: "No one compliments each other's craziness like they do." Team Kizie Aur Manny started shooting the film in Jamshedpur on Monday. The poster features a woman and man pictured from behind, which we assume is Sushant and Sanjana. Rajinikanth also features on the poster of the film. Yes, you heard that right, Rajinikanth's face cut-out is part of the first look. What is the connection between Rajinikanth and the film, that we are yet to decipher.

Oscar Award-winner A R Rahman will compose music for The Fault In Our Stars adaptation. "When I heard the narration of their Indian adaptation of The Fault In Our Stars and especially how music is so beautifully woven into the narrative I got quite excited. I am looking forward to creating music for this heart-warming venture," Mr Rahman had earlier told news agency PTI.

The book, The Fault In Our Stars was adapted into Hollywood film with the same name, which featured Shailene Woodley and Ansel Elgort in the lead roles. Woodley featured as Hazel Grace Lancaster, a 16-year-old cancer patient, who is forced by her parents to join a support group. While Elgort plays Augustus Waters, who falls for Hazel Grace.

Promoted
Listen to the latest songs, only on JioSaavn.com
Kizzie Aur Manny will be actress Sanjana Sanghi's first film in a leading role. Earlier, we have seen glimpses of the actress in films like Rockstar, Hindi Medium and Fukrey Returns. In Ranbir Kapoor's Rockstar, Sanjana played the role of Nargis Fakhri's sister. She featured as the young Saba Qamar in last year's film Hindu Medium.

Meanwhile, Sushant Singh Rajput finished shooting for Abhishek Kapoor's Kedarnath recently. Sara Ali Khan is debuting opposite Sushant in the film. The actor also has the sequel of M S Dhoni biopic and Son Chiraiya in the pipeline.