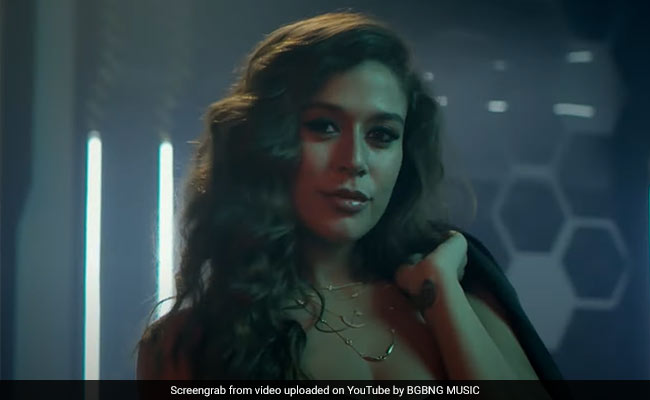 Krishna Shroff first music video titled Kinni Kinni Vaari released on Thursday and it has everything that we expected. The multi-starrer music video also features actresses Jannat Zubair, Nagma, and comedian Jamie Lever and Raj Shoker. After watching Kinni Kinni Vaari, it wouldn't be wrong to say that Krishna Shroff's "sass" is on point in the music video. She can be seen sporting an all-black outfit in the track that shows Jannat Zubair wearing a black dress. The song has been sung by Raashi Sood and directed by Aneesh Malankar. Sharing the music video on her Instagram profile: "Kinni Kinni Vaari out NOW on BGBNG MUSIC's official YouTube channel! Go check it out and show some love."

On Wednesday, Krishna Shroff teased her fans about music video with photo and she wrote: "Poured all my sass into this music video. #KinniKinniVaari dropping tomorrow on BGBNG MUSIC's official YouTube channel."

Krishna Shroff, daughter of Jackie and Ayesha Shroff, launched her MMA training centre named MMA Matrix in November 2018. In her previous interviews, she has clarified that she has no interest in making her career in acting.

Her brother Tiger Shroff made his acting debut with the 2014 romantic action Heropanti. He has featured in films like Baaghi, Baaghi 2, A Flying Jatt, Student Of The Year 2 and Munna Michael, among others. Tiger Shroff was last seen in Baaghi 3, in which he co-starred with Shraddha Kapoor and Riteish Deshmukh.

The actor has a couple of films like Heropanti 2, Baaghi 4 and Ganapath lined up.